Police accused of ‘cover up’ over death of Sean Rigg 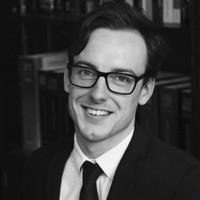 Police accused of ‘cover up’ over death of Sean Rigg

Five police officers have lost their battle to dismiss disciplinary charges for gross misconduct over the death of Sean Rigg.  The 40 year old from Brixton died after being detained in police custody in 2008 over concerns in respect of his mental health.

It is alleged that Mr Rigg was restrained for a prolonged period of time in a vulnerable position which lead to him suffering a heart attack which he later died from, and that the officers involved failed to handle to case appropriately.

The original investigation into the incident by the Independent Police Complaints Commission (IPCC) – the then independent regulator – absolved all five officers involved of any fault. However this was later overturned after a 2012 inquest which concluded that the officers had in fact contributed to the death of Mr Rigg by using ‘unsuitable’ force against him.

The Independent Office for Police Conduct (IOPC)’s disciplinary panel, which has forced the Metropolitan Police to bring the charges, referred to the original investigation but the IPCC as incompetent, ruling that there had been a ‘series of unjustifiable delays’.

Four out of the five officers are alleged to have lied to the IOPC and/or  the inquest jury to cover up their actions. They sought to throw out the disciplinary charges on the basis of them being brought 10 years after the death of Mr Riggs, raising concern that such a lapse of time would impact on their rights to a fair hearing.

The BBC yesterday reported that Gerard Boyle QC, representing the Met, said multiple witnesses reported Rigg acting as if in the grips of a mental crisis, and if officers searched the police computer for the name on his passport they would have found his medical history. ‘It’s simply staggering that the officers did not consider the role of mental health issues,’ he said.

‘In an attempt to cover up their behaviour’, the barister said that four of the offiocers had ‘lied to investigating officers and/or a jury’,

Daniel Machover, partner of Hickman & Rose and solicitor for the Rigg family, welcomed news that the police officers present at the time of Rigg’s death ‘failed in their attempt to avoid accounting for their actions’.

‘These five officers had tried to claim that the appalling ten year delay in investigating Sean’s death meant they should not face a police gross misconduct hearing. That the panel rejected this argument is not only a great relief to Sean’s friends and family, it is also an important step forward for justice,’ Machover said. ‘Now the panel’s real work begins. It is vitally important that the officers explain what they did in Brixton police station ten years ago and that the public can have faith that there is proper accountability when fatalities occur in police custody.’

All five officers deny any misconduct on their part. The disciplinary hearing is set to continue today.