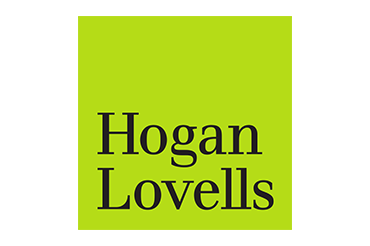 As the coroner’s inquests into the London Bridge attacks conclude, we as a legal team wanted to pay tribute to our clients and all other victims of the attack.  We were moved by stories of selflessness and bravery that stopped this senseless tragedy from being far greater than it was.

We heard of Kirsty Boden, a nurse who bravely ran into danger to help others, and Alexandre Pigeard from France who loved living London for its diversity and the melting pot of eclectic music which fed his ambitions. There are countless examples of victims putting others first, with Alexandre going to help others and even when fatally injured telling an off-duty nurse to protect herself. Or James McMullan helping Sara Zelenak when she fell in the chaotic early stages of this attack. The list goes on, amongst those who died, the injured, and the numerous police officers and off-duty medical professionals who stayed to assist, regardless of risk to themselves.

These inquests have been extremely challenging for the families. In our experience such catastrophic events require an open and searching enquiry to get to the truth of what happened, and that has happened here.

One of the many lessons to be learned though is that legal aid must be available as of right for bereaved families at terrorism inquests. Even though these inquests have just concluded, the Government has still not decided whether to grant bereaved families Legal Aid. The only thing they have said is that ‘the wider public interest is not served by families having representation’. This seems extraordinary. As both lawyers and engaging our innate humanity we cannot understand this.

Following an incident as significant as this, as well as being the only forum where families can get to the heart of what happened to loved ones, an inquest is a vital mechanism to examine the wider circumstances of the attack, identifying lessons that must be learnt to prevent future deaths.  It would be impossible for unrepresented families to properly engage in the process, which includes examination of highly complex issues of significant public interest, including the role of the police and the government in keeping the public safe – something of clear importance given the continued threats we all face.

It is unreasonable to force grieving families to wade through over 40,000 pages of highly distressing evidence, and weeks of CCTV footage which they would have to do if they represented themselves. The Government, on the other hand, did manage to find the funds to pay for a separate legal team for each of the different public bodies involved in the inquest, including some of the country’s top lawyers. Clearly this offends the principle of equality of arms and a fundamental pillar of the rule of law.

It’s time to right this wrong before the families of victims of the Manchester Arena bombing face the same iniquities in that Inquest next year.

Our print magazine is Proof. Contributors include Michael Mansfield QC, Bob Woffinden, David Rose, Eric Allison and Ian Cobain.
Buy Proof Magazine
The latest issue (Why legal aid matters) includes Helena Kennedy QC and Martha Spurrier in conversation, David Conn on the legacy of Hillsborough - plus how to build your own law centre.
Helen is a senior associate in Hogan Lovells London office and Yasmin is international pro bono director

Theresa May to 'simplify' funding for inquests
Crowdfunding and buckets: access to justice for…
Air pollution a factor in girl's death, inquest finds
Bereaved families should have ‘an automatic right’…
Bereaved renew calls for legal aid for inquests