Crowdfunding and buckets: access to justice for bereaved families 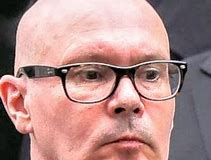 Crowdfunding and buckets: access to justice for bereaved families

In April of this year I published an article in The Justice Gap called Lessons from the Birmingham Pub Bombing Inquest which offered an analysis of some of the issues arising from that inquest into the death of 21 people in 1974. One of the things I did at the conclusion of the inquest was to make a freedom of information request to Birmingham City Council for a cost breakdown.

The Solicitor to the Inquest responded to this request and the following figures are now in the public domain:

According to the FOIA Response (May 9, 2019), Crest was engaged to ‘provide press officers to the inquests from July 2017 onwards, who on behalf of the inquests liaised with various press and media organisations. In addition, Crest was responsible for developing, maintaining and updating the inquests’ website and uploading evidence documents shown on-screen in the courtroom.’

‘How on earth did hacks manage to keep the public informed of complex court proceedings, before these expensive consultants appeared on the scene?’ noted Private Eye on June 19.

The Chief Constable of the West Midlands Police reported to Birmingham City Council that their fees for the inquest had been £217,000 (here). It should be noted that both sets of fees included a satellite judicial review of the Coroner’s Ruling on Scope.

To date KRW LAW LLP, representing ten of the families, has yet to receive payment from the Legal Aid Agency (LAA). Its fees for the judicial review were funded by Crowd Justice. And by buckets being passed round at football matches.

The readers of The Justice Gap will be all too familiar with aspects of the above.

We share the tired litany of outrage that legal aid is the outcast orphan of the social welfare system and that its status as a plank of the Attlee reform agenda has been eroded and withered from a plank to a twig – or fig leaf.

No longer can the citizen hold to account the state and its agents for its failures, its acts and its omissions, with the ‘benefit’ of or ‘entitlement’ to legal aid.

The relatives of the victims of both the Westminster Bridge and the London Bridge terror attacks were denied legal aid to enable their effective participation in their respective inquests.

The coroner to the resumed Guildford Pub Bombing Inquest (1974) endorsed the application for Exceptional Case Funding for the family of Ann Hamilton represented by my firms KRW Law LLP. The Coroner noted that he has retained senior and junior counsel as have the Surrey Police. The MOD and the LMPS have retained junior counsel. A recent application made by my firm to the LAA for exceptional case funding has been rejected. The rejection is subject to the LAA ‘appeal’ process – I am minded of Franz Kafka’s Josef K Before the Law .

Birmingham, Guildford, Westminster Bridge, London Bridge and the Manchester Arena are all complex-multi death investigations although they of course have significant factual, evidential, temporal and forensic differences.

The application in the Guildford Pub Bombing Inquest (1974) was refused in that it did not engage Article 2 of the European Convention on Human Rights (right to life) and did not satisfy the wider public interest test as presented to the LAA on behalf of the applicant.

At this juncture there has been no substantive written or oral submissions made to the coroner on scope and the engagement of Article 2 – or disclosure, or IPs status, or jury. There has been no disclosure on which to make those submissions. The wider public interest test was satisfied in the Birmingham Pub Bombing Inquest (1974) and in Conflict-related inquests in Northern Ireland, The Ballymurphy Massacre 1971 and the Kingsmill Massacre 1976, for example.

Therefore, not only is there a stark inequality of arms between parties in these multi-death inquests (which offends Article 6 – right to fair trial – of the ECHR) in terms of funding for legal representation, there is a lack of parity between jurisdictions into how conflict-related deaths are investigated and the truth-seeking process which is core to the out-workings of the peace in Northern Ireland is undertaken and fulfilled.

It is increasingly agreed within the coronial community that there is now minimal difference between an Article 2 inquest and a non-Article 2 inquest (between Middleton and Jamieson). This is all well and good in that it accords to the developments in the jurisprudence on state obligations to investigate deaths articulated in the judgments of the European Court of Human Rights and the UK Supreme Court. The thresholds for the ‘enhanced’ investigatory obligation are slimmer and express universal norms regarding the allaying of rumour and suspicion, restoring confidence in the Rule of Law, investigating omissions and the articulation of a right to truth and the participation of the relatives of the victims.

In terms of engagement by the victim in the process of and independent investigation into the death, the practical demand is for effective participation, recognised through legal representation. In the domestic coronial context this means legal representation articulated in addition to that afforded to the relative of the victim by the Coroner.

The LAA has, in addition to expanding its decision-making role in terms of assessment of the merits of an application or refusal on the basis alternative funding sources being available (crowdfunding and buckets), has made unaccountable (and largely unchallengeable) decisions to refuse funding.

Obviously this is an expression of the executive will of the government (hence the instant dismissal of any counter-suggestion to expand or make automatic inquest funding for victims in its ‘review’ of LASPO 2012) premised upon the civil service lawyer ‘logic’ of an interpretation of the law in this area.

There is an absence of political will to confront or challenge this state of affairs. Emily Dugan at Buzzfeed has exposed the inequities of this legal aid deficit and was rightly awarded for her tenacity with the Private Eye Paul Foot Award.

The effect of attrition on relatives and their lawyers is withering. Unless engaged or effected the public are unaware of this, but the unaccountable state is a dangerous beast and when its acts or omissions result in the death of person then the words of the 1949 White Paper on the Legal Aid and Legal Advice Act must be heeded:

‘… to provide legal advice for those of slender means and resources, so that no one would be financially unable to prosecute a just and reasonable claim or defend a legal right; and to allow counsel and solicitors to be remunerated for their services.’

An imploding Labour Party and a right-shift Conservative Party brings no hope of a seismic shift in this area for the relatives of victims and their beleaguered lawyers.

Our print magazine is Proof. Contributors include Michael Mansfield QC, Bob Woffinden, David Rose, Eric Allison and Ian Cobain.
Buy Proof Magazine
The latest issue (Why legal aid matters) includes Helena Kennedy QC and Martha Spurrier in conversation, David Conn on the legacy of Hillsborough - plus how to build your own law centre.
Christopher is a litigation consultant with the Belfast human rights firm KRW LLP and a member of the legal team representing 10 of the families of victims of the Birmingham Pub Bombings 1974