‘People should be very angry. It’s an attack on the poor and vulnerable.’

‘People should be very angry. It’s an attack on the poor and vulnerable.’ 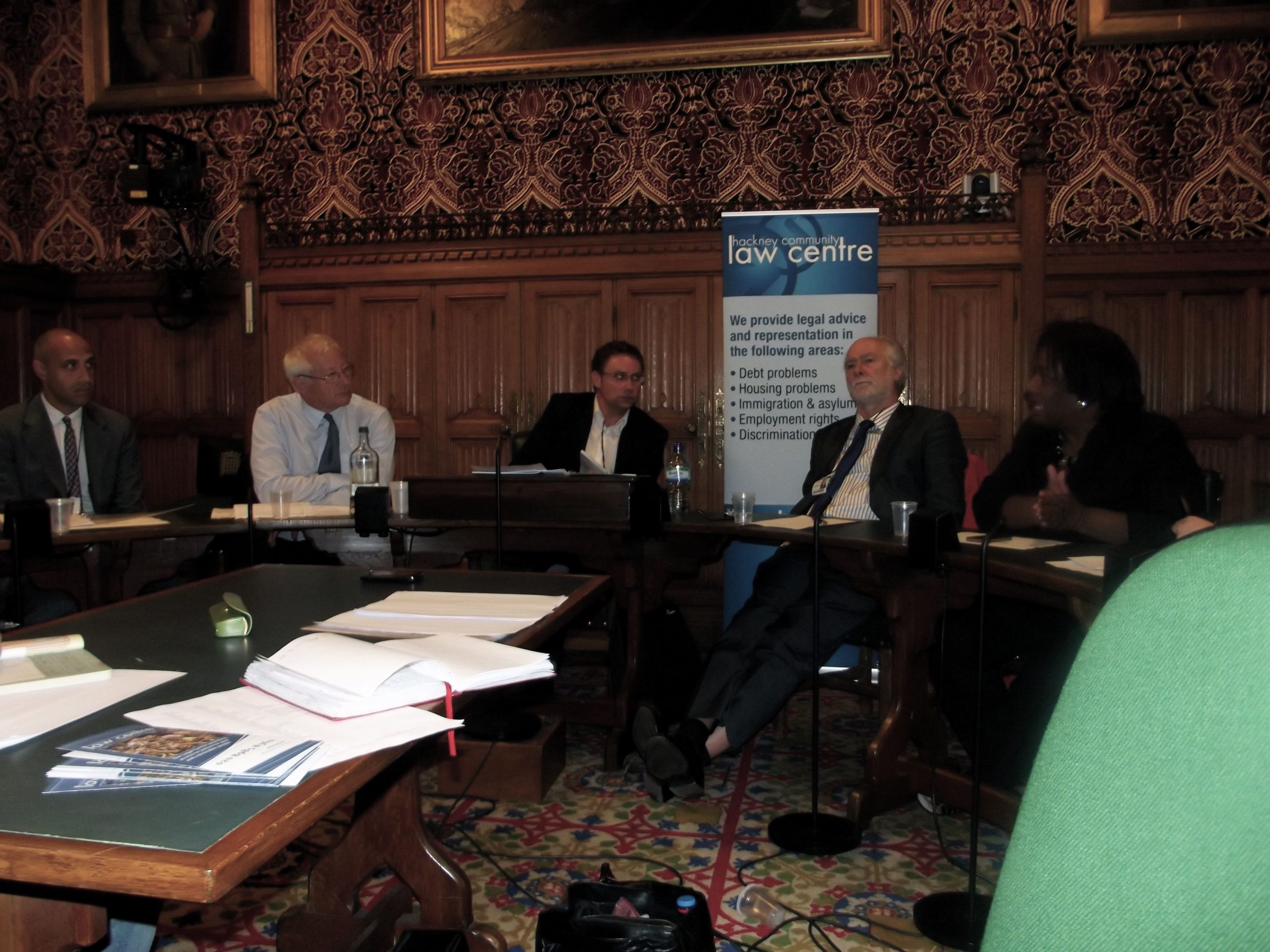 REPORT: Community justice: do we get it? Last week the JusticeGap and Hackney Community Law Centre hosted a debate on the House of Commons. Kim Evans reports.

‘People should be very angry. It’s an attack on poor and vulnerable. People who can’t answer back.’  So said Lord Willy Bach, the former justice secretary who led the opposition to the Legal Aid, Sentencing and Punishment of Offenders (LASPO) Act in the House of Lords. The barrister was one of the panelists at a joint debate held last Thursday in Westminster hosted by the JusticeGap and Hackney Community Law Centre.

The public meeting in committee room 15 was chaired by JusticeGap editor Jon Robins, a patron of HCLC, was held to discuss ‘community justice’ and the future of the legal advice sector.

‘I genuinely believe “access to justice” is the hallmark of a civilised society.’
Justice secretary, Ken Clarke, introducing his government’s legal aid reforms.

Community justice: do we get it?

Jon Robins opened the debate with a ‘50 second’ overview of LASPO.  Jon explained:

‘So what does that mean?’ said Robins. ‘To put it into a numerical context: in one area of law – family – there were 211,000 cases where people received initial advice and assistance last year and 53,800 cases where people received representation before courts. To put it in a geographical context, according to the Legal Action Group, approximately 77,000 Londoners will lose out on housing, employment, debt, welfare benefits, employment and immigration advice under the legal aid cuts. Many – possibly, one in 10 – live in Hackney.’

The law of everyday life
Law Centres are ‘an interface between ethnic minority communities and the state’ and ‘speak for people who do not otherwise have a voice’, said Diane Abbott. 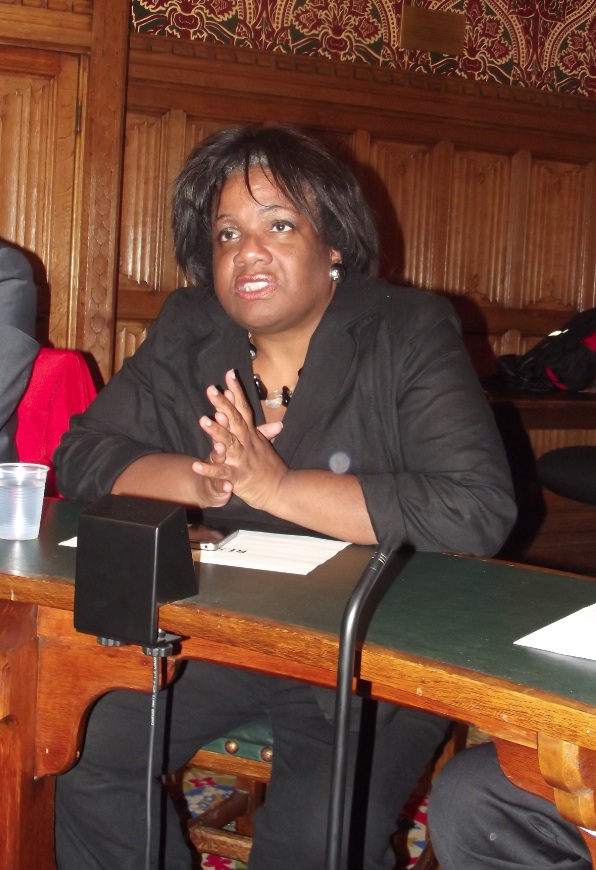 The MP insisted she was not taking a party political view on LASPO but expected to be ‘dealing with the results’ as constituents who couldn’t get legal aid as a result of next April’s legal aid cuts ended up in her surgeries.

Lord Willy Bach called LASPO a ‘deliberate attack on social welfare law – the law of everyday life.’ According to the Legal Action Group, some 77,000 Londoners would lose out – as many as one in 10 live in the borough of Hackney. Hackney Community Law Centre is heavily dependent on legal aid – as are all law centres. According to the Law Centre Federation, some 46% of Law Centre funding comes from legal aid (compared to 40% from local authorities).

The former justice secretary insisted that the LASPO was a false economy and wouldn’t save money. Early timely advice more often than not resolved a problem removing the need for ‘the State to pick up the pieces at the end’. LASPO was ‘a wicked scandal’, he said. 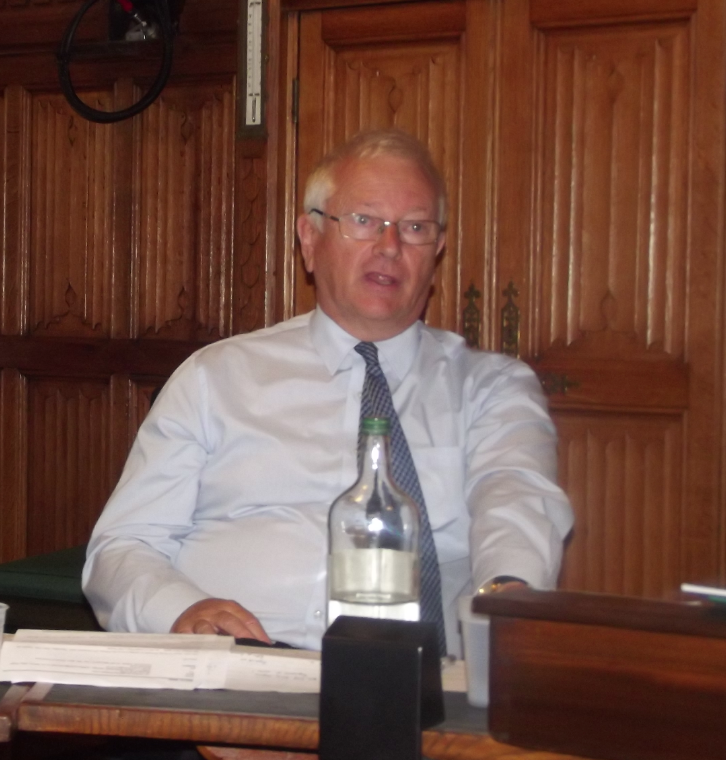 Fellow panel member Roger Smith, director of JUSTICE who began his career at Camden Law Centre, said that Law Centres were seen as ‘too radical’ and consequently the nascent network did not receive support from the Government in the 1980s. If they can survive LASPO, he argued, they would have ‘a real role to provide help after the cuts’.

Matthew Ryder QC, from Matrix Chambers, described himself as ‘a child of the welfare state’. His mother worked for a Citizens Advice Bureau and his father was a housing officer. The QC said Law Centres were ‘emblematic of what legal advice is all about’ – they provided ‘a holistic approach’ to providing legal services and trained the ‘lawyers of the future’.

Ryder told the capacity audience that LASPO was contrary to ‘who we are as a nation’ – ‘publicly-funded law should rank in importance alongside the NHS, public housing and education’. He would like a media campaign to reframe how the public sees legal aid ‘to move away from the outdated image of fat cat lawyers, in the same way that the argument has been won with the NHS’. 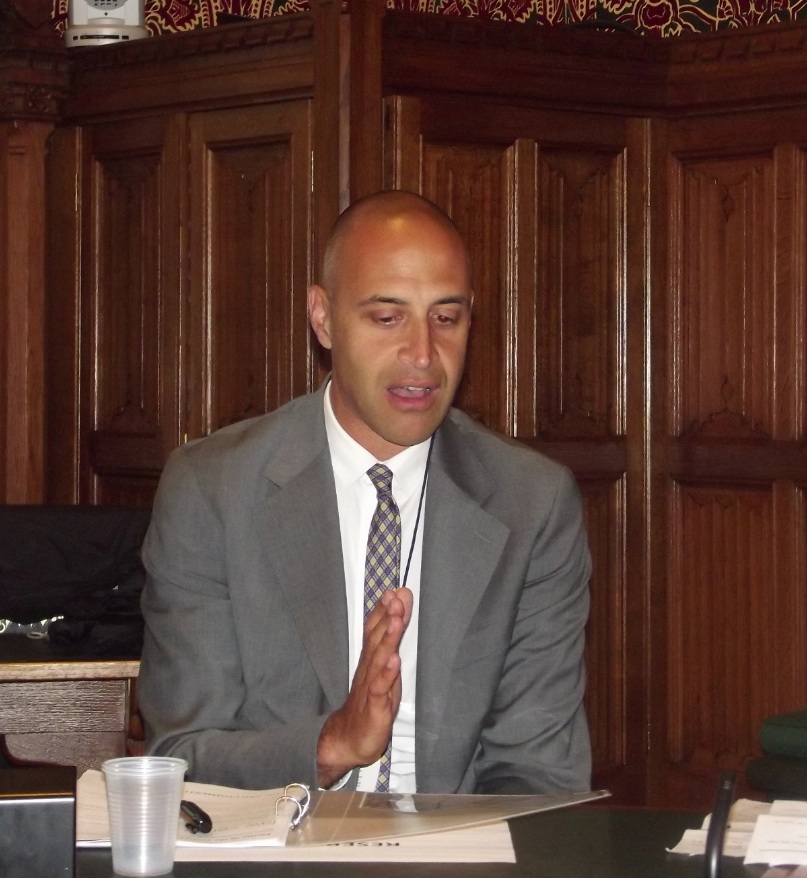 ‘LASPO is contrary to who we are as a nation. Publicly-funded law should rank in importance alongside the NHS, public housing and education.’
Matthew Ryder QC

Self-absorbed
Lord Bach pointed out that the media did not defend legal aid in the way they did with the NHS or welfare reform. There was ‘nothing in The Times, nothing about legal aid on the BBC’. He said the media was so ‘self-absorbed’ and failed to cover LASPO with some ‘exceptions’  (he named the Guardian and Jon Robins).

Matthew Ryder said campaigners ‘should be seeking a clear indication’ from the Labour Opposition as to ‘what they would do if they were to regain power at the next election’. ‘Lawyers should be taking some of that same spirit from the lawyers of the 1970s,’ he said.

Roger Smith argued that that the pro-cuts case was that ‘legal aid subsidised lawyers’ incomes’ and that lawyers would ‘have to prove to the next Government with empirical evidence, that people will suffer as a result of those cuts.’ ‘That’s where Law Centres can help, by producing the evidence of suffering to build a case.’ Matthew Ryder said it was not ‘just about the numbers’ but a wider case had to be made for legal aid to be recognized as a part of the welfare state.

‘Battery hen’ law
Diane Abbott accused New Labour and, in particular, the former Home Secretary Jack Straw of ‘vilifying lawyers’; but Lord Bach answered that Labour as a party did oppose the Bill and wouldn’t have attacked social welfare law to the same extent. ‘This was an attack on poor people such as has not been seen before, even under Thatcher,’ he said.

Diane Abbott was scathing about the antics of ‘high street lawyers’ in her own constituency. She said that Law Centres provided quality ‘benchmarked services’ to her constituents, unlike the ‘battery hen farming’ of one particular local firm who ‘exploited clients and lawyers alike’.

Ryder agreed. There were huge cuts in immigration legal aid under the last Labour government which enabled ‘so-called consultants’ to fill the void and then ‘prey on those unable to receive legal aid’. He said that there was a danger on the part of lawyers in accepting that legal aid needed to be cut and ‘then trying to work within those figures’ even if that was ‘not realistically feasible unless you are blind to the plight of the people affected’.

Jake Ferguson, chief executive of the Hackney Council of Voluntary Services, was concerned about ‘austerity measures’ and their impact on smaller community groups ‘struggling to exist’. ‘Groups that provide social support and options for people who feel disconnected from the community, who won’t go to the council, or even perhaps Law Centres.’ He said there was an unfair expectation that charity would support Law Centres. 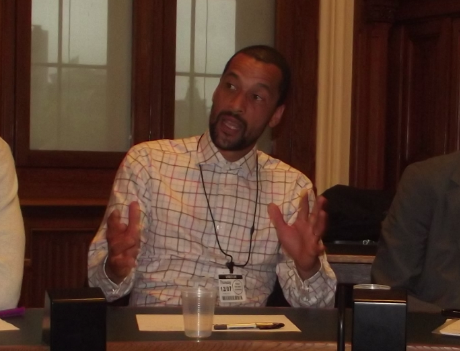 Ferguson also told the audience that there were 28,000 stop and searches in the borough of Hackney every year – but only ‘one in 10 of those leads to an arrest’. He asked ‘should we be doing more to empower individuals to help themselves?’

There should be a movement to make the law more understandable, said Lord Bach. ‘It has always been in lawyers’ interests to keep it more complicated,’ he added.

Ritz justice
HCLC’s development officer Miranda Grell asked: ‘Is there going to be a next generation of legal aid lawyers’? Matthew Ryder replied that there would always be people who want to do legal aid work ‘but it’s being made harder and harder, adding that it’s ‘incumbent on those in private practice to find ways to help’.

There was also a discussion about the role of pro bono initiatives to fill the justice gap left by LASPO. ‘Those in private practice should take a pragmatic and principled view about how we help those who are suffering the worst of the cuts but there is always the fear that by stepping into the gap you entrench that system,’ said Matthew Ryder. Lord Bach agreed that pro bono cannot be a substitute for what should be provided by the state.

Paul Heron, a solicitor at the HCLC, argued that there was ‘a wealth deficit in the UK’ and a danger of ‘Ritz Justice’  (‘open to all, but only if you can afford it’). The money was there – he said, pointing to amount of money being spent to host the Olympics – but the cuts amounted to ‘an ideological attack on ordinary working people’.