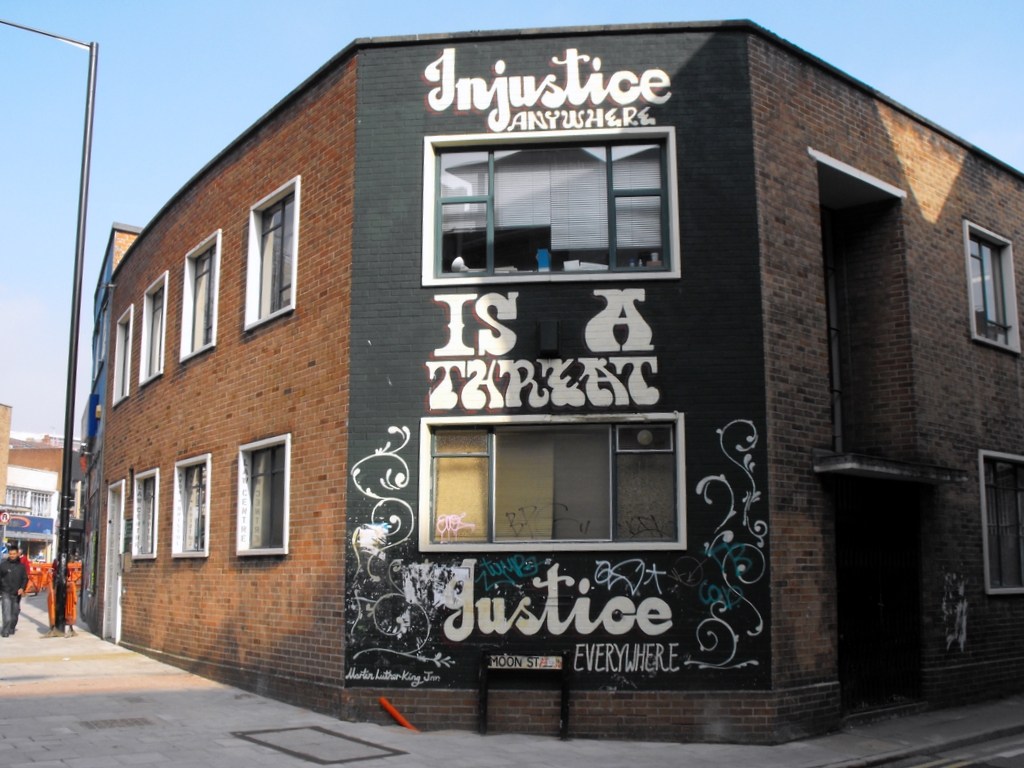 Many solicitors firms and chambers influential in criminal defence in the last few decades were founded by lawyers who cut their teeth in the Law Centre movement, writes Oliver Lewis.

It’s no exaggeration to say that a legal revolution began when the doors of the first Law Centre in Britain opened in an unprepossessing part of West London. Legal aid had been available since 1949, but by 1970 there were few legal practices in rundown areas and few lawyers who acted in housing, welfare rights, employment, discrimination or matrimonial disputes for poor and disadvantaged clients.

The North Kensington Law Centre in Golborne Road was founded by a group of radical young lawyers who believed that access to justice should be provided in the heart of communities and set out to change the way lawyers did business. Dozens of Law Centres were soon set up across the country.

At the same time there was an important shift in the way criminal defence lawyers worked.

In the 1970s the prospects for the average suspect arrested and held at a police station were pretty bleak. There was then no legal aid available for solicitors to attend suspects in police custody and there was little chance of getting a solicitor out to see you at night unless you were paying for the privilege.

Peter Kandler, co-founder of North Kensington Law Centre, was one of the first to go to police stations to represent clients around the clock. ‘Solicitors were not paid to go to the police station at all in those days, so only the very rich or very villainous ever had lawyers in the police station,’ says Kandler today. ‘Beatings and frame-ups were the norm and there was lots of corruption. At places like Notting Dale police station local people could literally hear the screams of suspects being beaten up inside. Police officers weren’t too happy to see me when I started turning up to represent my clients.’

Greg Powell is a veteran of Brent Law Centre. ‘There was tremendous difficulty getting into see our clients,’ he says. ‘We were still working under the old Judge’s Rules. We often had to ask the police to hand a letter to our client offering our services.’

The long battle to secure the right to legal advice in police stations had begun. ‘I believe that what we did helped change the way society thought about the sort of protection people should have in a police station, and we helped lots of innocent people,’ says Peter Kandler.

Eventually there was a Royal Commission on criminal procedure, and the Police and Criminal Evidence Act followed in 1984. The duty solicitor scheme came soon after.

Michael Turner QC, chair of the Criminal Bar Association, another figure to have emerged from the North Kensington Law Centre, thinks Law Centres changed the system. ‘The new generation of lawyers got established solicitors thinking about how to represent their clients properly and pushed solicitors who had been strictly open nine to five to provide a 24 hour service. Before that if you were arrested in the middle of the night you were simply not represented. The Law Centre gave solicitors a conscience about what they could do for the community.’

Lip service
Today there are more than fifty Law Centres across the country, but many are struggling financially. The Legal Aid, Sentencing and Punishment of Offenders Act (LASPO) promises to cut civil legal aid drastically for much of social welfare law, potentially devastating for Law Centres for whom a significant proportion of funding comes from legal aid.

Many take the view that LASPO is an assault on the long established idea that publicly funded legal services and the right to representation and equality of access should sit alongside the NHS, education, social security and housing as an important part of a fair society and that the cuts to legal aid are taking us back in time to where we were before Law Centres stepped in.

‘The government is paying only lip service to the principle of providing the safety nets people need,’ says Michael Mansfield. ‘Neighbourhood Law Centres provided a place which was welcoming and understanding, tackling issues on behalf of the ordinary person who didn’t have access to resources,’ he says.  ’These legal aid cuts are a disaster. The reality is that Law Centres could become victims of a financial crisis of which they are not the author.’

It’s not just civil legal aid under assault – fees in crime have taken a battering in recent times too. Many worry that the creep towards telephone advice only in the police stage will have a damaging effect at a critical stage in the process. ‘The government today don’t care about what happens to ordinary people in that sort of hostile environment,’ says Peter Kandler. ‘I think the changes we are seeing now are monstrous and are taking us back to where we were decades ago.’ 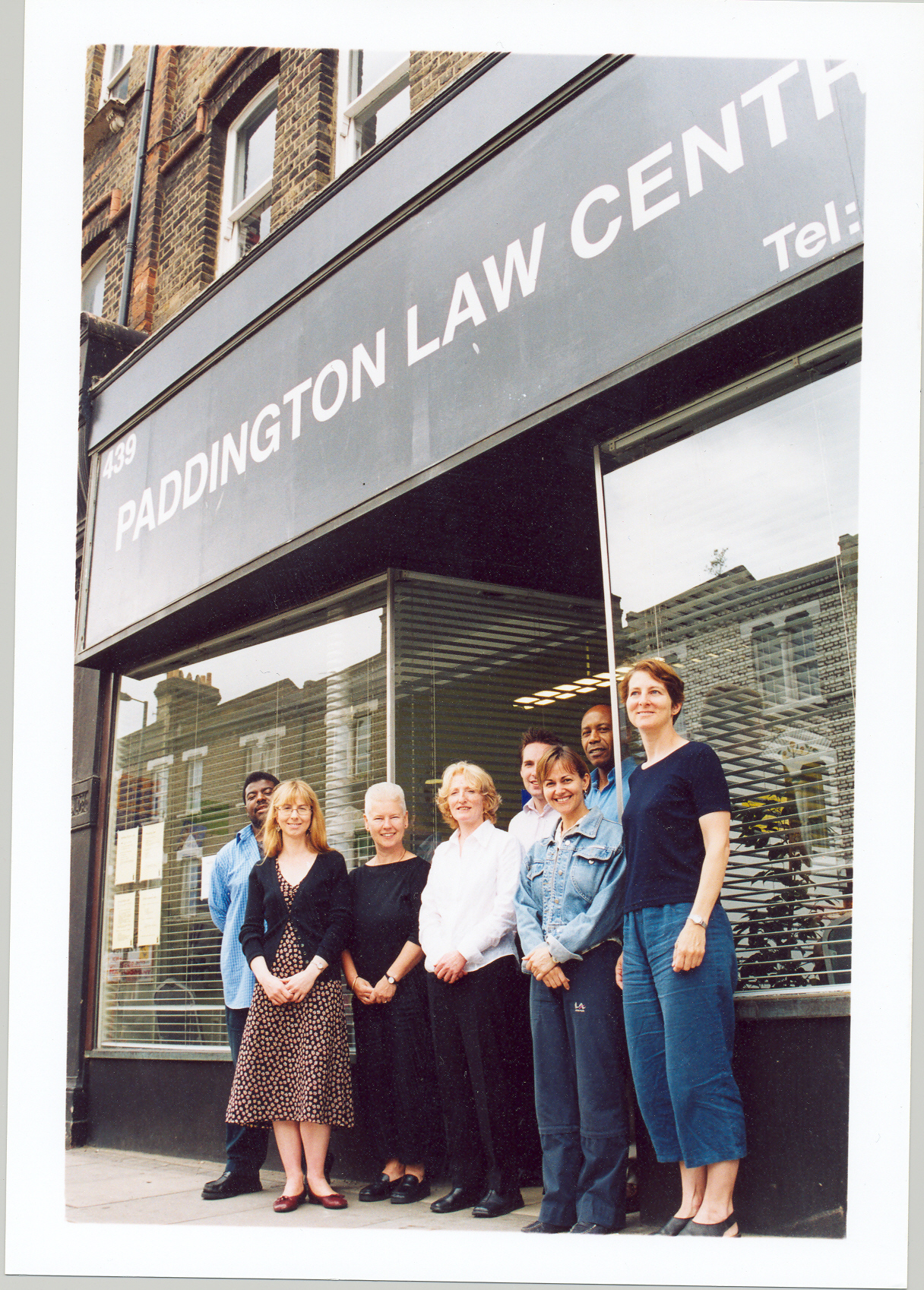 Michael Mansfield agrees the idea is dangerous. ‘The police station is the crucial point at which defendants first engage with the system, and it’s the moment they simply must have access in person to qualified and able lawyers, especially as the onus is shifting towards the defence to prove innocence,’ he says.

So what effect will this attack on legal aid have? Will the cuts inspire a new generation of politically inspired lawyer? Or will the financial restraints prove too much of a deterrent, diverting good young lawyers away from legal aid work?

‘The talented young political lawyer is still with us, but it’s so much harder to make a living with graduated fees and one case one fee on the horizon,’ says Michael Turner.

‘The need for radical lawyers is now greater than ever,’ says Michael Mansfield. ‘They need to be out there in the community at the forefront fighting exploitation.’

What began in North Kensington Law Centre revolutionised the way law is practised and Law Centres remain an important part of their communities. As cuts threaten legal aid and access to legal services they may be needed more than ever. A new generation of radical young lawyers with consciences will be needed too.

‘Nothing less than the introduction of a new public service to operate alongside, and supplement, the private profession would suffice to deal adequately with the problem of providing proper legal services to a section of the public who went short of them,’ wrote Michael Zander QC, emeritus professor of law at the LSE, about law centres in 1978.

‘There was a feeling at the time, and it still exists to a certain extent now, that this was to be a different type of legal service offered to the public in neighbourhoods, done very casually, open in the evenings with outreach work and educational work,’ Zander said in a 2008 interview for the now defunct Independent Lawyer. ‘The idea was to lead the way with test cases and promote legal services for whole groups of people, for example a tenants’ group.’ The work of the centre was ‘to be more flexible, informal, more activist, proactive and a more enterprising way of providing legal services’. 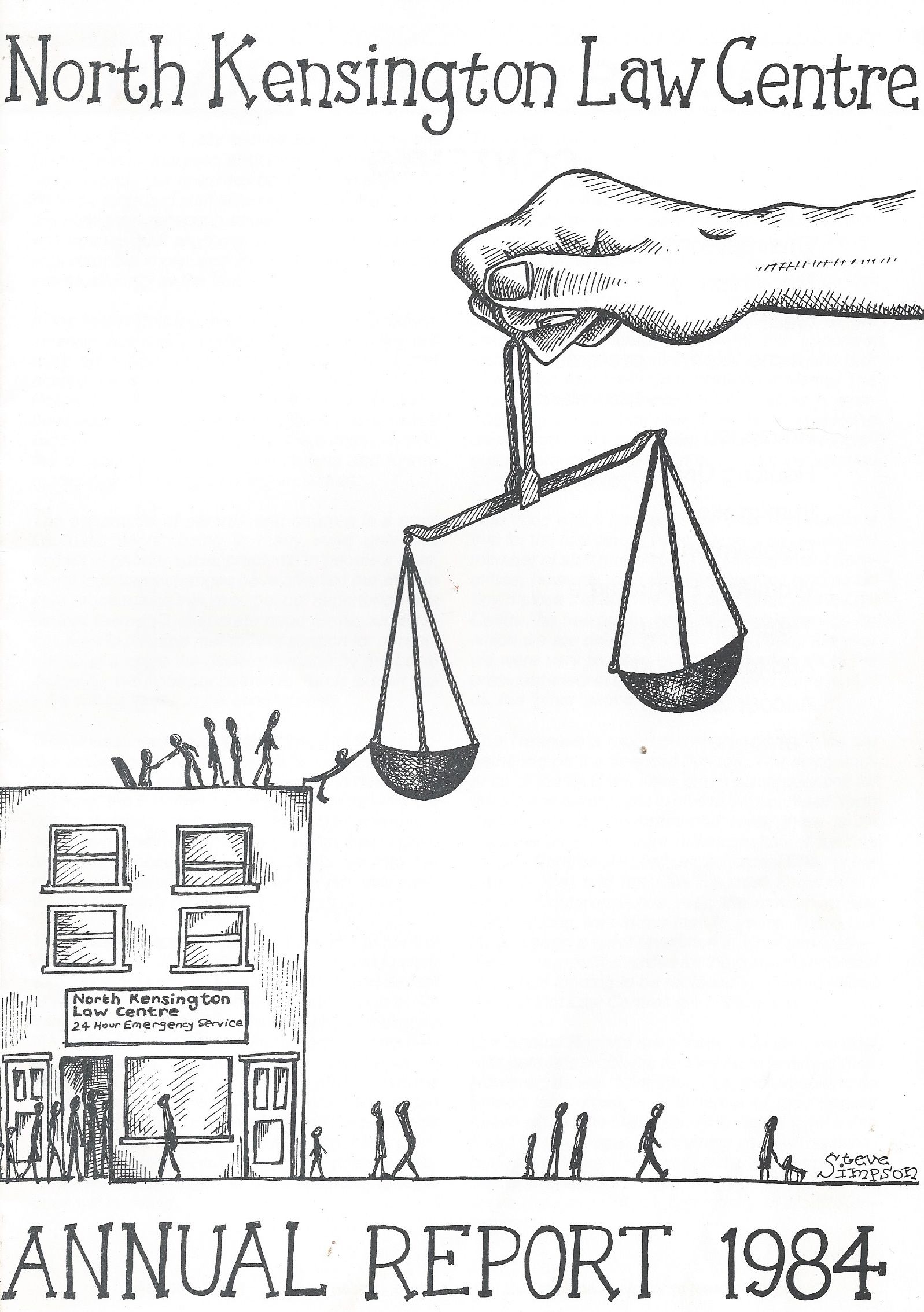 This was ‘a radical attempt to change the delivery of legal services’, Roger Smith, former director of Justice explained  (for the same article). He joined Camden in 1973 before becoming director of West Hampstead in 1975. ‘The idea was that law centres were going to be about systematic change and not just “sticking plaster” legal services,’ he said. ‘These were organisations that, through their work in the community and their work in the courts, wanted to change the world. It was highly idealistic.’

A generation of committed young lawyers began their careers in law centres, including a number who went on to become ministers in the present government, including Paul Boateng and Harriet Harman.

The idea was to dump ‘the formality and staid dignity of the typical solicitors’ office’ and to ‘present an informal, casual atmosphere’, wrote Zander. So law centres occupied the high street and shopping centres with shop-front exteriors, not with discreet name plaques but boldly declaring themselves ‘law centres’. Their office walls would be festooned with posters promoting housing rights, support for battered wives and campaigns for racial equality. Zander noted that the furniture tended towards the ‘somewhat dilapidated’ and the lawyers and support staff ‘all tend to wear jeans and unconventional hairstyles’. The spirit of the law centres – not to mention the furniture and some of the haircuts – remains unchanged.

Taking the law to the kind of communities that were essentially excluded from legal services was the main purpose of law centres and so, fittingly, the first centre opened in a butcher’s shop on a run-down street in West London at the north end of Portobello Road in 1970. This was pre-gentrification Notting Hill, where the new immigrants rubbed along uneasily with white working class communities living in substandard housing, much of which was provided by notorious landlords such as Peter Rachman. It was a world vividly captured in a 1974 World in Action film called ‘Law Shop’, which bluntly labelled the semi-derelict network of terrace houses in the shadow of then new A40 Westway a ‘slum area’.

The opening of North Kensington Law Centre on Goldborne Road in 1970 was a big deal. The event was presided over by the president of the Law Society, Godfrey Morley, and the Labour Attorney General, Sir Elwyn Jones, with personal messages of support from the Lord Chancellor, Lord Hailsham and chairman of the Law Commission, Sir Leslie Scarman. The creation of the network of law centres was a highly idealistic attempt to take the law to the socially excluded and an antidote to fusty solicitors’ offices stuck in a 1950s time-warp.

Many private practice solicitors originally recoiled at this new breed of legal radicals. In its 1973 annual report, the Law Society, which administered the legal aid fund, decried their core ethos of ‘responsibility to their local communities’ as a subversive means of ‘stirring up political and quasi-political confrontation far removed from ensuring equal access to the protection of the law’.

In 1973, Chancery Lane got its own advice and assistance scheme sanctioned by the government, which became known as a ‘green form’ scheme. It provided that advice on any matter of law could be made available on the basis of a simplified means test carried out by the solicitor. There was a stand-off between the Law Society and the fledgling Law Centre movement in 1975 over the establishment of Hillingdon Law Centre. Adeal was brokered whereby the not-for-profit side promised to keep off private practice patches such as crime, family work, personal injury, probate and conveyancing.

The coming of LASPO as of next month represents the greatest challenge to the Law Centre movement to date – and indeed the legal not-for-profit sector. On a national level, 40% of law centre funding comes from local authorities and 46% from legal aid. Legal are being hit both by local authority and legal aid cuts. LASPO scraps public funding for social welfare law, often called poverty law – welfare benefits, employment, debt, immigration, plus most housing except where there is homelessness.

LALYs 2020 finalists announced
‘Very productive talks’ between legal aid chiefs and union…
Law Society predicts 'market collapse' as one in 10 defence…
Criminal justice system ‘hollowed out’ as lawyers desert…
Ken Loach: 'It's what happens when you leave the cinema that…