Post-Brexit, post-Covid-19, which EU citizens are at risk of deportation? 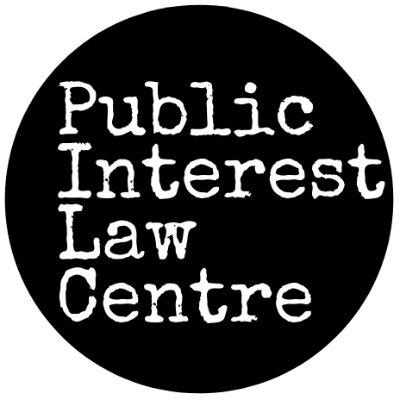 Post-Brexit, post-Covid-19, which EU citizens are at risk of deportation?

On January 1st next year, some EU citizens living in the UK will become undocumented. With Covid-19 exacerbating issues with the EU Settlement Scheme, there could be a spike in enforced removals in 2021. Homeless people and other Europeans who fail to live up to the ideal of the ‘good migrant’ are likely to be at the sharp end.

Free movement rights for EU citizens living in the UK will end on December 31, 2020. With the passage of Priti Patel’s immigration bill, they will become subject to the same immigration regime that already exposes hundreds of thousands of non-EU migrants to destitution, exploitation and abuse.

A ‘grace period’ of six months after the end of the transition period gives EU nationals and their family members until June 30, 2021 to resolve their status. If they fail to do so, they could be ‘administratively removed’ from the UK.

In the meantime, a significant but unknown number of EU citizens, though not yet liable to removal, will effectively be undocumented migrants. Those who fail to acquire settled or pre-settled status before the end of 2020 will be cut off from a range of rights and entitlements, including homelessness assistance, welfare benefits and free NHS care.

The Home Office’s claim that the EU Settlement Scheme is ‘straightforward and streamlined’ reflects the indifference of politicians and senior bureaucrats to the lived realities of the systems they create. From the moment the government ignored calls for a declaratory registration system, the EUSS scheme was always likely to leave some of the most vulnerable applicants out in the cold.

Applicants to the EU Settlement Scheme must prove their identity and residence in the UK. They must also demonstrate their ‘suitability’. For many EU citizens living in the UK, clearing all three hurdles is far from straightforward.

Financially and digitally excluded people often struggle to renew or acquire passports or national identity cards, with some consulates requiring applicants to book appointments online or imposing prohibitive fees or conditions. Romania’s UK consulates, for instance, require citizens wishing to renew their national ID either to return to Romania or go through the complex process of granting another person power of attorney to do so on their behalf.

In some cases, children living with a single parent have found it difficult to obtain new identity documents, especially where the other parent has parental responsibility and is either absent or estranged. Survivors of domestic violence face similar issues. In theory, people who cannot acquire a passport or national ID card can apply on a paper form, but many are unaware of this option. Others have had issues getting hold of the form.

Some foreign nationals living in the UK cannot easily prove their residence. This includes those who work cash in hand or without national insurance numbers, and people whose history of homelessness means they cannot produce written tenancy agreements or council tax statements. There are longstanding concerns that some care leavers will either fail to apply to the scheme or be unable to demonstrate their eligibility for settled status.

The EUSS scheme’s ‘suitability’ requirement is an obstacle for people with criminal convictions. While serving prisoners are barred from applying, all adult applicants must provide information about criminal convictions in the UK and overseas. The Home Office carries out security check against the UK’s crime databases for everyone who applies. Those with outstanding deportation or exclusion orders will be refused. Applicants with historic convictions for serious criminal offences will be referred to Immigration Enforcement and could be earmarked for deportation.

Convictions for relatively minor offences can lead to refusal on ‘suitability’ grounds. Guidance for decision makers states that the following applicants should be referred to Immigration Enforcement for ‘case by case consideration’: people sentenced to prison in the past five years (regardless of the length of the sentence); people who have at any time being given a custodial sentence of twelve months or more for a single offence; and people who have lived in the UK for less than five years, and have, ‘in the last 3 years, received 3 or more convictions (including non-custodial sentences)’. The relatively low threshold for referrals has caused uncertainty for immigration advisers about which applications are likely to be refused.

Covid-19 has exacerbated the existing issues with the EU Settlement Scheme. The EUSS Resolution Centre closed its telephone lines suddenly in March, with applicants and advisers informed that evidence sent by post would no longer be processed. The centre reopened in mid-May but is likely to have a huge backlog of cases (at the end of February 2020, over three hundred thousand applications were outstanding). As coronavirus ravaged low-income BAME and migrant communities, organisations funded by the Home Office to assist ‘vulnerable people’ to apply to the EUSS scheme were told their grants were to be reduced.

The EU Withdrawal Agreement makes vague provision for people who have ‘reasonable grounds’ for missing the deadline to submit an application ‘within a reasonable further period’. It would be naive to assume that what this government considers ‘reasonable’ will appear reasonable to anybody else.

A history of state violence
Laws targeting European nationals do not typically figure in accounts of the ‘hostile environment’. But the prospect of a EU Settlement Scheme ‘cliff edge’ needs to be viewed in the context of welfare and immigration policies that were making life impossible for some EU citizens living in the UK well before Brexit.

Luke De Noronha has written that, since the 2016 referendum, the migrant stories most often presented in mainstream media are those that reflect the anxieties of Europeans who are ‘white, middle-class and inconvenienced by [the prospect of Britain leaving the EU]’:

These migrants are ‘good migrants’. They are good for the British economy. They belong. They are self-mastering liberal subjects. They are white. These things not only intersect, but constitute one another. Whiteness is being invoked and produced in these narratives on hardworking taxpayers.

While Brexit-related ‘hate crime’ has not gone unnoticed, the concerns of those who are racialized as non-white—be they Roma, BAME Europeans or the non-EU family member of EU nationals—have been absent from most discussions of Britain’s departure from the EU.

Equally poorly represented are the experiences of EU citizens whose casualized or informal employment in the construction, manufacturing and agricultural sectors jars with the meritocratic rhetoric animating UK immigration policy. Coming mainly from the ‘new’ (‘A8’ and ‘A2’) member states of the EU, often with little English, such people have seldom had their voices heard in UK political or media discourse.

Politicians have stoked racism and xenophobia against working-class migrants from Romania, Bulgaria and other post-socialist states. This has helped legitimate welfare and immigration policies that render such workers hyperexploitable and easy to dispose of when no longer useful. In the 2010s, casualised EU workers were hit with a perfect storm of exclusionary and coercive public policy when the removal of housing benefit for EU jobseekers was swiftly followed by rules sanctioning the deportation of those made homeless as a result.

The labour power of migrants from poorer parts of the EU has been a key driver of the British economy over the past two decades (its relative scarcity has been keenly felt during the Covid-19 lockdown). Yet those who do not fit the mould of the neoliberal ‘global citizen’ have been painted as ‘benefits tourists’ or threats to public security.

Many precarious EU workers end up in detention centres. The number of EU citizens held in immigration detention rose sharply after the Tories took power in 2010, reaching a peak in 2016. Numbers have declined since the deportation of rough sleepers was declared unlawful at the end of 2017. But since the beginning of 2019, the Home Office has become more active in targeting EU migrants, particularly those with criminal convictions, for enforced removal. Meanwhile, EU rough sleepers accommodated by local councils during the coronavirus crisis could become sitting ducks for enforcement as lockdown measures are eased. 2021 may well see a spike in deportations.

The ‘usual suspects’ are likely to be worst affected. In 2018 56% of deported EU citizens were Polish or Romanian, despite these two nationalities making up only 40% of the EU population in the UK. Some EU detainees have been wrongly informed that if they do not challenge their deportation, they will not be barred from re-entry. The absence of legal aid for criminal deportation cases means such injustice generally goes unchallenged.

Fears for the future
Nation states have traditionally used deportation and the threat of deportation (‘deportability’) to assert their sovereignty and discipline migrant populations. One consequence of Britain’s departure from the European Union, framed by its architects as ‘taking back control’, could be a mass expulsion of EU citizens. The ‘deportability’ of all EU nationals living in the UK—but particularly those who fail to acquire pre-settled or settled status before the end of this year—will increase markedly in 2021.

The government’s plans remain unclear. The Immigration and Social Security Coordination (EU Withdrawal) Bill does not lay out full details of a post-Brexit immigration regime. As JCWI has pointed out, MPs are effectively being asked to vote on giving ministers a blank cheque to modify existing legislation in line with the bill.

Past history and the inexorable march of data give cause for trepidation. The EUSS scheme will grant the government access to the personal details, biometric data, employment and criminal records of over three million non-UK citizens. Charities and others are again being encouraged to share homeless migrants’ information with the Home Office ‘in the public interest’. How this information will be used remains to be seen. But, as ever, it is those who fail to live up to our culture’s highly ideologized conception of the ‘good migrant’ who have the most to worry about.

Benjamin runs the EEA homeless rights project at the Public Interest Law Centre. Agnieszka is Marie Curie Research Fellow at the University of Wolverhampton. Her project has received funding from the EU's Horizon 2020 research and innovation programme under the Marie Skłodowska-Curie grant agreement No 786490

Our print magazine is Proof. Contributors include Michael Mansfield QC, Bob Woffinden, David Rose, Eric Allison and Ian Cobain.
Buy Proof Magazine
The latest issue (Why legal aid matters) includes Helena Kennedy QC and Martha Spurrier in conversation, David Conn on the legacy of Hillsborough - plus how to build your own law centre.
Benjamin runs the EEA homeless rights project at the Public Interest Law Centre. Agnieszka is Marie Curie Research Fellow at the University of Wolverhampton. Her project has received funding from the EU's Horizon 2020 research and innovation programme under the Marie Skłodowska-Curie grant agreement No 786490

UK government 'risks another Windrush' over EU…
Back to the bad old days? Defending the rights of…
EU citizens with a criminal conviction post-Brexit
‘If they could they’d send us far, far away’
Priti Patel attacks ‘lefty lawyers’ and human rights…