‘Undervalued and demoralised’: most comprehensive research into legal aid sector

‘Undervalued and demoralised’: most comprehensive research into legal aid sector 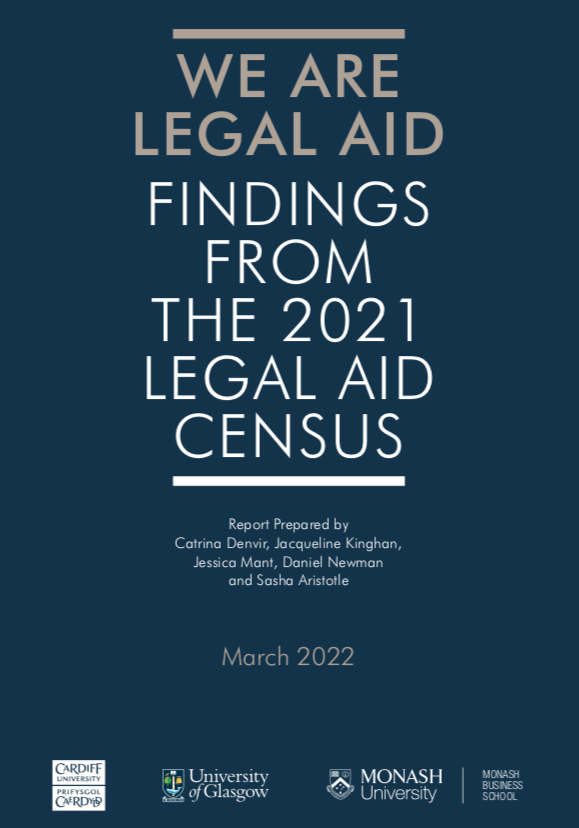 On average legal aid lawyers work 106 minutes for every 60 minutes they are paid under the system of fixed fees, according to a new survey of legal aid lawyers in which the vast majority of respondents (94%) claimed to work more hours than what they were paid to work. The findings were revealed this week by the Legal Aid Practitioners Group in what its claimed to be first ever comprehensive snapshot of the legal aid sector.

Some 1,208 legal aid lawyers plus 255 former legal aid practitioners and 376 students responded to the Legal Aid Census conducted between April and June 2021. A majority of legal aid lawyers reported that when paid on an hourly basis (as opposed to fixed fees) the rates were unsustainable and more than eight out of 10 (85%) said that they worked more hours than  they were remunerated for. On average, practitioners working under hourly rates reported working 90 minutes for every 60 minutes of remuneration. Almost one on three respondents (31%) described the level of remuneration as ‘unacceptable or insulting’. That said, most legal aid lawyers expressed satisfaction with their choice of career in legal aid: 22% were ‘very satisfied’ and 41% ‘satisfied’ with their choice of career (compared to 18% who were unsatisfied).

The research captures the calamitous impact of the 2013 legal aid cuts under the Legal Aid, Sentencing and Punishment of Offenders Act (LASPO). More than six out of 10 of organisations that had ceased to offer legal aid services (61%) explained that this was because it was not profitable or economically viable to undertake the work. In 2013, there were 1,592 firms with criminal legal aid contracts and 1,881 firms with civil legal aid contracts, but these numbers had dropped to 1,104  and 1,445 respectively by last year.

When asked ‘what would make the system more effective?’, over three quarters of respondents said ‘more funding/ investment to allow for fairer fees/ wages’ would improve the legal aid system. ‘I have previously worked in law centres and believe that everyone should be able to access justice,’ one lawyer said. ‘I took on the legal aid contract to help those more vulnerable in our community. I knew that I would not have the same salary as solicitors in purely private firms but I did not expect to lose money. I did not expect my workload to be so high, the administration costs and time to be so high and the reward to be so low. If the situation with legal aid does not change then I will have to think about whether I will apply to renew the contract next time.’

The LAPG have said that the findings of the census ‘reinforce the dire need for investment in the legal aid system’, which they say, is ‘effectively being subsidised by practitioners’. They are calling for urgent investment in the sector to ensure those ‘charged with representing the most vulnerable in society’ have adequate pay and are well supported in their roles.

‘Legal aid practitioners contrasted their initial high hopes and clear motivation to pursue a career in legal aid – such as tackling injustice, supporting local communities, enabling social change and improving access to justice – with a bleak and dispiriting reality: the legal aid sector is heavily relied upon but insufficiently equipped, mired in bureaucracy and inefficiencies, and beleaguered by persistent efforts to further reduce available resource. Whilst legal aid practitioners expressed feeling high levels of satisfaction with their work and a continued commitment to the factors that motivated them to pursue a career in legal aid in the first place, the findings call into question the extent to which the good will of the profession can be stretched endlessly.’
LAPG

Far from being the ‘fat cat’ lawyers depicted in the press, one in five legal aid lawyers indicated a salary level between £30,000 and £39,999 (19%) and more than half (58%) earned less than £49,999. Almost one in 10 practitioners (8%) earned less than £19,999 which included qualified solicitors (18%) and ‘several’ heads of department. Of those earning £240,000 or more, almost nine out of 10 (87%) were barristers and only one respondent holding the role of solicitor. The LAPG note that barristers’ rates of pay are subject to a reduction in earnings by way of rent payable to chambers

‘I work really hard and only just being able to scrape by in London on trainee minimum salary makes me feel immensely undervalued and demoralised,’ one respondent said. Another noted that ‘[i]f I calculate the hours I put in, to the salary I receive, I’m paid around the minimum wage’.

Approximately one in three respondents identified ‘excessive auditing’ and the ‘constant battles with the Legal Aid Agency for payment’ as a reason for their unhappiness with working in legal aid. ‘I am diligent, committed and run legal aid at a loss. At audit, all the work is nit-picked over and I am viewed with suspicion,’ one respondent said.

‘The LAA is without a doubt the most stressful part of the job,’ said another. ‘On three occasions over the last year I have found myself in tears solely because of unreasonable decisions / actions of the [LAA]. In each case, I challenged the LAA and got the funding sorted in the end, but the stress and anxiety to get to that point was enormous as you are forced to work at risk or face not getting paid (at already ridiculously low rates) or exposing your client to adverse costs because funding is not in place. It now feels harder to get legal aid than it does to win the actual case’

Victims of trafficking failed as a result of legal aid…
Six out of 10 legal sector workers describe their job as the…
Growing concerns about 'incompetent' legal advice for…
What is the future for legally aided criminal defence?
'We need to fix legal aid for the clients'