The ‘culture of disbelief’ that fails child asylum seekers 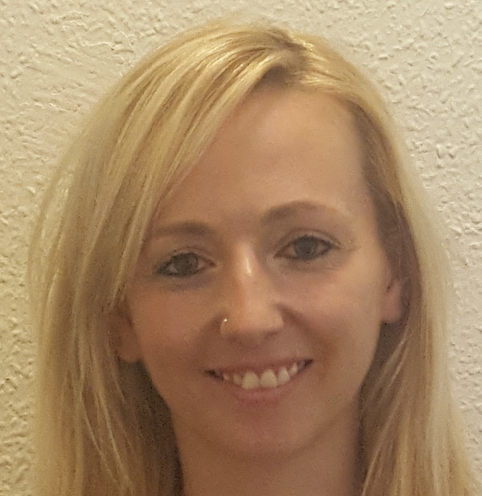 The ‘culture of disbelief’ that fails child asylum seekers

A recent BBC Newsnight investigation identified 137 child asylum seekers wrongly classified as adults. In the 12 months up to March 2019, these vulnerable young people ended up in unsupported, often highly inappropriate, adult asylum accommodation until authorities subsequently accepted that they were children.

At the Greater Manchester Immigration Aid Unit (GMIAU), we work with unaccompanied asylum seeking children providing them with legal advice in respect of their asylum claims, when they are age-disputed and on a one-to-one basis with individual support needs. We also run a monthly youth group specifically for unaccompanied asylum seeking children from ages 14 upwards. This group allows them the space to just be with and behave as children whilst meeting others and enjoying activities. For the age-disputed children this space is vital and sometimes the one chance they have to socialise with other young people and the only help they might receive.

Our legal aid contract covers all forms of public law challenges, however, owing to the growing demand and lack of other providers in the north west, almost all our cases undertaken are in cases of age disputes. We have just one full-time public law solicitor and have taken 18 age-dispute cases since our contract started in September.

Almost all of the children we see are those who have been assessed by a local authority and dispersed throughout the north west of England into adult asylum accommodation. The accounts of children threatened and beaten in the initial adult accommodation that featured in the Newsnight investigation are sadly familiar to us. We often hear of groups of adults forced to occupy shared rooms where young people are likely to be targeted because of their obvious vulnerability.

The children are then dispersed elsewhere and end up having to look after themselves living with older strangers who they have nothing in common with and who they often cannot even talk to. In our experience, most don’t know how to cook, use a washing machine, register with a GP let alone find a lawyer to help them. They struggle on the limited financial support provided by the Home Office intended for adults and they often have to buy ready-made food as they cannot cook and often do not understand how to budget.

We have also experienced cases where local authorities have terminated support immediately upon carrying out an assessment without ensuring children they deem to be adults are afforded the opportunity to secure legal advice or are safely transitioned into adult accommodation, leaving them destitute and homeless. We were recently assisting a young person who we were concerned had serious mental health issues. When he was told he had been assessed as an adult he reacted by hurting himself and required hospital treatment. Nevertheless the local authority terminated accommodation and support without safe transition and this young person went missing. We have subsequently been informed that he was taken to hospital again after trying to take his own life.

Increasingly we are seeing local authorities carrying out so called ‘screening’ or ‘eyes on’ assessments. These are often conducted by duty social workers at police stations as soon as they arrive in the UK after long, traumatic journeys and with no appropriate adult or face to face interpreter. There are given no opportunity to challenge the assessment before they are moved on a few hours later into the adult asylum system.

When they seek help from lawyers, accommodation providers, tutors or community organisations and are referred for legal advice those making the referrals are often shocked at the massive disparity between their claimed date of birth and the ages these children have been given. We have represented children who have been described as being old men with grey hair and wrinkles in situations where that has not been the case and where professionals working with the children have given evidence to the contrary.

The age assessment process is long, tiring and costly – both in monetary terms but, more significantly, for the child who often struggles to understand why they are not being believed, why they are being left to live without support in adult accommodation and why they cannot access education. Their asylum claims are often on hold pending the determination of age, sometimes meaning that by the time their age is determined they have already turned 18 and their asylum claims are decided on the basis that they are now an adult without the additional protections and safeguards afforded to children. They often also miss out on mainstream education if their age dispute is not resolved before they turn 16. One young person upon being asked how he felt to have his age finally accepted stated ‘happy and sad at the same time, knowing we have been waiting a long time and part of our life is wasted’.

These young people have been through traumatic journeys seeking safety in the UK and are met with disbelief and a lack of support. The question that needs asking is why are local authorities carrying out so many age assessments? According to the asylum statistics for 2018 the number of age-dispute cases increased by more than one fifth (22%) last year.

We suspect the figures are higher as these stats do not include those deemed to be an adult by the Home Office on the basis of physical appearance and/or demeanour. We are also concerned that the figures do not include children who may be briefly assessed by local authorities or where the Home Office have not been informed of an age assessment having taken place. Why the increase? There seems to be a general culture of disbelief fuelled by adverse publicity in the media about old men claiming to be children. The young people we see are not old men with wrinkles and grey hair.

The guidance is clear that assessments should only be carried out where there is reason to doubt the child’s age and that, owing to the inherent risks and safeguarding concerns of leaving children to navigate the adult asylum system alone, they should always be afforded the benefit of the doubt where definitive evidence is not available (see here).

This culture of disbelief and practice of regularly age assessing children is a serious safeguarding risk. It is damaging the lives of already vulnerable and isolated children and missing out on the potential of nurturing some truly remarkable children who are real assets to society.