State of emergency or political opportunity?

State of emergency or political opportunity? 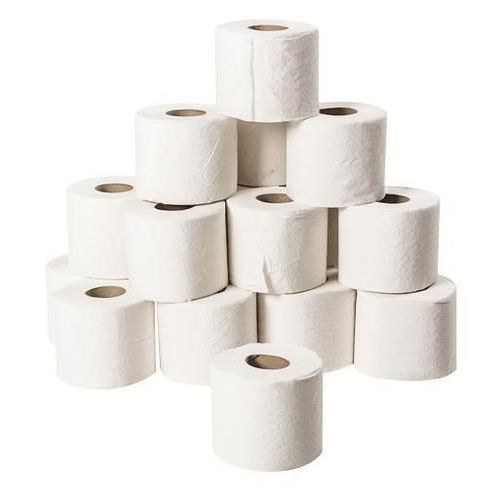 Of all the events that enable democratic governments to take authoritarian measures, few are as effective as a public health crisis.  The growing fear of coronavirus in democratic states was paralleled with growing admiration for the Chinese state as they quarantined a province, restructured supply chains and constructed a hospital in a matter of days.

Such steps are now being imitated in liberal democracies, as we see regions of Italy placed in isolation, schools shut, and transport curtailed.   This is all met with resignation, with people at large accepting that they are too under-informed and too panicked to coherently challenge such policies, and instead trusting- and hoping- that governments both know what they are doing and are acting in good faith in doing it.

It goes without saying that for the moment, most of the steps taken by state governments are at least reasonable, if not necessary.   Simply asking sufferers to self-isolate and relying on people to voluntarily co-operate with policies designed to curtail the spread of the virus would be hopelessly naive.  While some doubtless would comply, too many would be cavalier, deeming the mandated response hyperbolic or viewing themselves as exceptions to the rule.  Little exemplifies this more than the fact that Iran is considering the use of force to stop citizens travelling.  The virus has led to traffic piling up on the roads to the coast, as people try and seize the opportunity provided by the shuttered economy to take a quick holiday, presumably deciding that if they are going to have the virus, they’re going to have a tan to go with it.

There is a distinct irony, however, in that the unquestioned grant of such power is justified off the back of the advice of experts.  Those who previously damned experts in the constitution, in economics, or in trade are suddenly desperate for those with university chairs in medicine and epidemiology to come down from their ivory towers and speak with reassuring tones. Even the government has displaced the prime minister, putting the Chief Medical Officer, Professor Chris Whitty, front and centre of a press conference earlier this week.

Unfortunately, while we may learn many things from this pandemic, one thing that too few will take away is that we should take the advice of experts seriously, while the media will almost certainly forget that they don’t always need to balance the detached analysis of the informed with the wailings of professional opinion holders like Brendan O’Neill.  Instead, what we may learn is that governments enjoy the efficiency of government that comes with moments of emergency, and that at times of emergency democratic governments can become empowered to a degree that we may not have quite expected.

Even without declaring a state of emergency, emergency situations can elevate the deference shown to the government.  Already, we have seen plans drawn up for an extended parliamentary recess over the summer.  Had this virus been rampaging across the globe in August last year, it does not take much imagination to envisage Johnson using it to prorogue parliament on public health grounds, with the UK falling out of the European Union a convenient, but according to the government, an utterly unintended, consequence.  A similar event may yet come to pass, with any extension to the current transition period- something the government has refused to request- needing to be agreed by June.

Should we reach the position where Johnson’s government feels it necessary to declare a state of emergency, it will receive an abundance of power, backed by military force.  The Civil Contingencies Act 2004 (CCA), which governs the executive’s emergency powers, renders it capable of, amongst other things, amending primary legislation, banning public assemblies and confiscating property without compensation. Early in 2019, it was this Act which was being considered for ‘mitigating the immediate impacts of a no-deal Brexit’, as leaked Operation Yellowhammer documents revealed, with the government, for all its self-assurance, concerned that martial law would be necessary to prevent ‘serious damage to human welfare’ in the UK.

Such power is, admittedly, not given unchecked by the legislative branch. Not only does parliament have to authorise any new regulations within seven days, or else see them pass into abeyance, but the powers in every piece of regulation are guillotined after thirty days, with parliament needing to re-legislate for their continuation.  Even with these checks and balances, however, there is scope for abuse, with a cynical government capable of, for instance, reissuing regulations every seven days, even if they are voted down by parliament- a Lazarusian nightmare without a clear solution.

The power that is given unchecked by parliament, however, is the right to declare such a state of emergency. The government has unilateral authority to place the nation in a state of emergency, with no legislative safeguards.  Once more, this creates significant scope for abuse, revealing the naive flaw at the heart of our constitution, which is that we expect governments to act in good faith, as ‘good chaps’.  As we have learnt throughout the Brexit saga, this is a misplaced expectation, with governments- particularly those confident of popular support- willing to disregard such conventions in pursuit of their goals.

Assuming a compliant parliament, unwilling to bring down an authoritarian government, this places the fate of the constitution once more in the hands of the courts.  While the CCA preserves the role of the courts (and the Human Rights Act), the question of who has authority over the existence of a state of emergency is left unanswered.  As I have written elsewhere, the ‘state of emergency’ is at the core of the philosophy of Carl Schmitt, the Nazi philosopher.  Schmitt argued that the true sovereign is ‘he who decides on the state of the exception’, giving such a sovereign the power to reshape the constitution in order to end the public emergency.  In a scenario where the executive claims extended emergency powers, this may see another face-off between the courts and the government.

While even the most alarmist people are unlikely to see Johnson using the coronavirus to establish dictatorial rule, his use of the emergency to refuse, for instance, an extension to the transition period may provide a route-map for an even more authoritarian successor. Let us imagine a state of emergency declared in response to a terrorist attack, with a populist prime minister using it to detain members of a particular ethnic group.  The question of whether national security is at risk is an opaque one, depending on how broadly national security is defined, and on the nature of the information available.  It is not difficult to see a populist prime minister being applauded for such a policy, and then seeking to prolong the state of emergency, claiming that such a prolongation is necessary based on confidential information pertaining to national security that he is not at liberty to disclose.

In such circumstances, both the detention policy and the state of emergency would doubtless face judicial review.  So far, the judiciary have been steadfast in their defence, ruling against the government in both Brexit decisions, and continuing to rule against the government in the face of sustained attack, for instance, in the case of the recent deportation litigation.  Such attacks, particularly when coupled with sallies against rights-based legislation, devalue the legitimacy of the legislation and the courts.  This may place us in a post-legal constitution, where compliance with court judgments is voluntary – not mandatory.

Public emergencies are useful for assessing the strength of a constitution, and whether the executive can be trusted with powers to take us through such an emergency, and then to give such powers back.  That this government has taken us to the point where there is genuine concern over it acting in good faith shows how far our constitution has fallen – and how it could have yet further depths to reach.