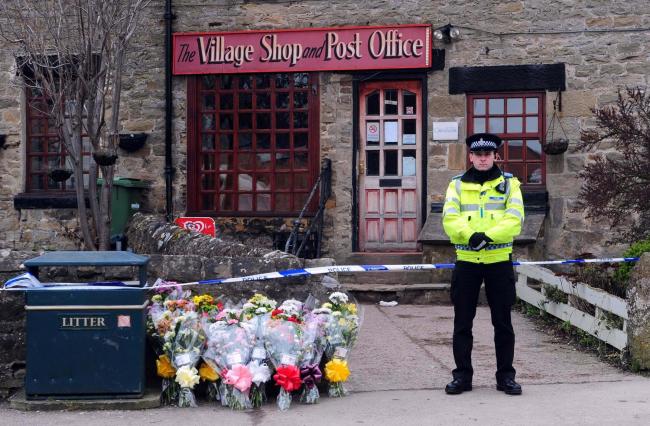 On the day of Robin Garbutt’s conviction, the first line of a BBC News article reported: ‘A shopkeeper who beat his postmistress wife to death at their North Yorkshire village store then claimed intruders had done it has been jailed for life.’ But was this all there was to it, or is the man who has been locked up ever since serving a sentence for a crime he didn’t commit? Will Bordell reports 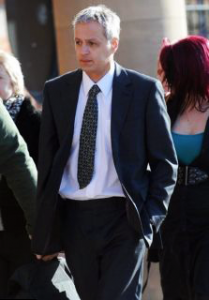 At the Melsonby post office in North Yorkshire, the till roll for the morning of 23 March 2010 shows an almost unbroken stream of transactions. Just a mile or so north of a major junction known as Scotch Corner, the post office was busy with customer after customer from around 5.00 a.m., an hour before sun-up. Robin Garbutt served all of them.

Over three hours and at least 60 transactions later, Robin went back to the living quarters that were above and behind the shop. Not long after, he found his wife Diana lying dead on the bed in the spare room.

A guilty verdict was handed down by the jury at Teesside Crown Court in April 2011. The jury hadn’t been able to reach a unanimous decision, so the judge eventually agreed to accept a majority verdict. Nearly 13 hours into their deliberations, by a 10-2 majority, Garbutt was convicted of his wife’s murder. Now 55 years’ old, he is serving a minimum of 20 years behind bars at HMP Frankland.

Since that morning in March 2010, Garbutt has maintained his innocence. He has brought an appeal and has twice placed fresh evidence before the Criminal Cases Review Commission (CCRC), in an effort to have his conviction recognised as a miscarriage of justice. All those attempts have failed.

Earlier this year, Garbutt made a third submission to the CCRC, based largely on fresh evidence about the murder weapon and DNA found at the scene. The CCRC has power to refer cases back to the Court of Appeal for reconsideration where it believes there is a real possibility that a conviction is unsafe. 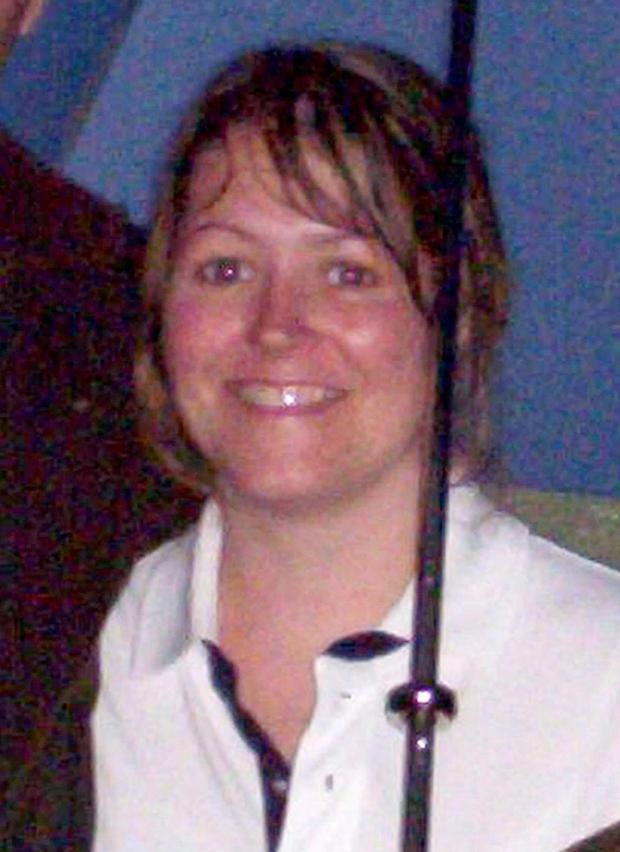 Diana Garbutt 40, whose husband was convicted at Teesside Crown Court of her murder at the North Yorkshire post office they ran

The man in the balaclava
The Garbutts went to sleep in the spare room on the night of 22 March 2010. Partly packed suitcases, taken out in preparation for an upcoming trip to Las Vegas to see Diana’s family, were spread out on the bed in the master bedroom. As was his habit every Monday, Robin had gone out on a trip to buy stock for the shop, and had brought back fish and chips for dinner. Diana, who was the postmistress, stayed up late doing the post office’s accounts and preparing VAT returns. He didn’t notice what time she came to bed.

At trial, Robin Garbutt claimed that he served customers from early in the morning of the murder, just as usual. This was supported by the till roll. One customer, a Mr Hird, who was served at around 06:45, said that whilst he was in the shop, he heard a woman’s voice calling out for Robin, and Robin replying to her.

The prosecution argued that Diana was already dead by this point. Garbutt was going about his ordinary business, serving customer after customer, having killed his wife in the middle of the night. No customer reported noticing anything unusual about his behaviour.

Garbutt recalls going to open the post office’s safe at 08:30, when the timer allowed him to do so. Turning around, he says he was confronted by a man in a balaclava holding a gun: ‘Don’t do anything stupid. We’ve got your wife.’

This was the second time the post office had been burgled in the space of a couple of years. Another robbery had taken place in 2009, also on a Tuesday. This time, after emptying the safe, which contained around £16,000 according to Garbutt, the burglar left by the back door.

Nobody else saw the man in the balaclava. A number of witnesses told police they had seen a blue car driven erratically around Melsonby on the morning of the murder. CCTV footage also showed a car following Garbutt in eight different places in the course of his journeys to pick up stock the night before. That car had been sold by the end of the week.

Immediately after the burglar left, Garbutt says he rushed upstairs to the spare room. Diana was dead. Almost as soon as Garbutt found her, he called 999. The time of the call was 08:37. The operator told him to get help. He ran to his neighbours, the Dyes, who kept him company until the paramedics arrived.

The case against Robin Garbutt
Two days later, police found a metal bar that they identified as the murder weapon. It was discovered on the top of a boundary wall near Nixon’s Garage just down the road from the post office. It is thought that whoever killed Diana struck her on the head with it three times.

Garbutt was initially treated as a significant witness, but was later charged with murder. No concrete evidence has ever connected him to the crime. No blood was found on his clothing. Forensic evidence did not link him to the metal bar.

At trial, however, the prosecution presented a compelling case. This, they said, was a troubled marriage. In the previous few years, Diana had drunkenly kissed another man and had set up an internet dating account. A witness claimed she’d seen Garbutt walking across the village green the night before the murder, ominously carrying a dark holdall. He had apparently ignored her when she greeted him.

But there was more: the prosecution maintained that Garbutt was stealing money from the post office. On their case, he feared the consequences of a relief postmaster taking over whilst they were away in Las Vegas, and inevitably stumbling upon discrepancies in the accounts. He had invented the man in the balaclava: there were no eyewitnesses, and he hadn’t pressed any of the post office’s four panic buttons, as he ought to have done if there really had been a robbery.

All this was supported by the expert evidence as to the time of death. Initially, the police and prosecution had suggested that Diana had still been alive at 06:45, but at trial they changed their tune. Rigor mortis and hypostasis in Diana’s body apparently suggested that she had been killed some time before 08:45, but experts found it hard to be more specific. Heavy reliance was placed on one expert’s analysis of the contents of her stomach, the partially-digested meal of fish and chips, which estimated the time of death as between 02:30 and 04:30. This, the prosecution argued, belied Garbutt’s version of events.

Questioning the prosecution’s narrative
Since his conviction, revelations about faults in the Post Office’s Horizon computer software have indicated that postmasters and postmistresses were wrongfully prosecuted for theft and fraud. Yesterday, 39 such convictions were referred back to the Court of Appeal by the CCRC. Cases had been brought against them based on Horizon data that erroneously showed long-term cash shortfalls. Financial records from Horizon apparently showed the same pattern in Garbutt’s case.

Along with other analysis of the Melsonby shop’s finances, which shows that it was in a healthier state than was made out at trial, the Horizon scandal has brought a key plank of Garbutt’s alleged motive – his fear of the imminent discovery that he was siphoning money from the shop – into very considerable doubt.

Fresh evidence has also undermined the testimony of the eyewitness who had allegedly encountered Garbutt on the village green the night before the murder. What’s more, the analysis of Diana’s stomach contents, which was said to be capable of pinpointing the time of death, has been called into question and challenged on numerous occasions.

A fresh challenge
Garbutt’s latest application to the CCRC largely rests on new evidence related to the police’s investigation. Even at the time of Mr Justice Openshaw’s summing-up to the jury at trial, he recognised that the police had shown ‘a regrettable lack of professionalism’ at the crime scene. Lamps that had been knocked over in the course of the struggle were put away in the wardrobe untested. A light-brown clump of hair on the pillow next to Diana’s body wasn’t collected or tested. Diana’s hair was dark brown with red highlights; Robin’s was grey.

Now, newly discovered unaired footage from Tyne Tees Television, filmed after the murder but before the murder weapon was discovered on top of Nixon’s Garage’s boundary wall, shows no metal bar where the police allegedly found it. The prosecution had argued at trial that it was unlikely that a fleeing burglar would have left the murder weapon behind, and that Garbutt himself must have disposed of it there in the middle of the night.

New DNA analysis further confuses the picture that the prosecution painted. When it was originally swabbed, the mixture of DNA found on the metal bar belonged to an unknown male and an identified policeman, as well as to Diana. Garbutt’s DNA was nowhere to be found on it.

However, recent investigations are said to reveal that the policeman’s DNA profile was also found in the area where the bar had struck the pillow next to Diana’s body. Analysis suggests that the DNA is likely to have transferred from the bar. Garbutt’s legal team, led by Martin Rackstraw at Russell Cooke, therefore believes that this shows there was cross-contamination of evidence at the scene. This could raise questions as to the metal bar’s role in the murder and the police’s involvement in its fortuitous discovery two days later.

The latest application also emphasises that the analysis of Diana’s stomach contents has been discredited. It argues that, if the jury had been given reason to doubt that evidence at the time, Mr Hird’s evidence would have received more emphasis. He said he heard a woman’s voice calling from the living quarters at around 06:45, suggesting that she was still alive whilst Garbutt was serving the morning’s customers and fortifying his version of events.

Garbutt’s case is one of several hundred currently before the CCRC. Very few ultimately succeed in persuading commissioners that they should refer a case to the Court of Appeal. While he waits to hear whether his case will be in that small number, Robin Garbutt continues to serve his life sentence. He is likely to be in his late 60s before his release is even considered.

Post office inquiry: 'I felt like the floor was gone from…
Eight out of 10 police forces are unaware of guidance on…
Man wrongly jailed for rape refused compensation
Michael Weir: ‘the first convicted man to be convicted…
Latin Village redevelopment would 'decimate' community