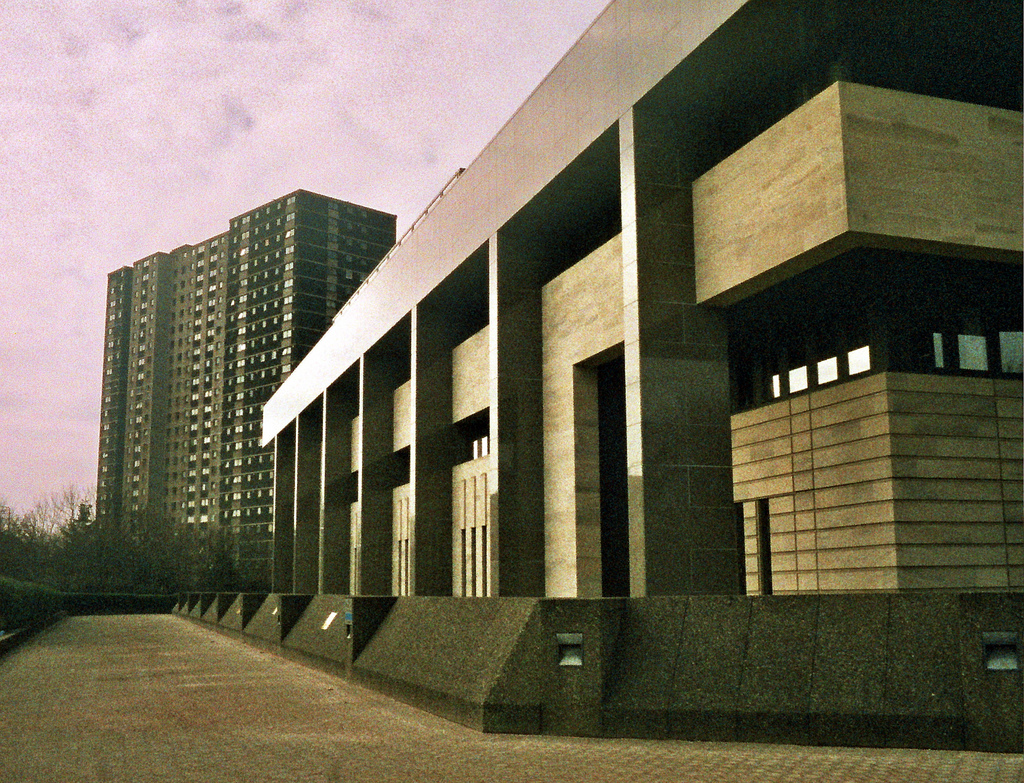 OPEN JUSTICE: You can read the JusticeGap guide to court reporting below. The guide was prepared to tie in with a Scottish initiative called Open Justice week  which aimed to use blogging, twitter and Facebook to ‘increase the transparency and accountability of the justice system’. PICTURE: The Justified Sinner (Glasgow Sheriff Court)

‘The overriding responsibility of a judge is to ensure that proceedings in court are conducted consistently with the proper administration of justice, and to avoid any improper interference with its processes. A fundamental aspect of that proper administration is the principle of open justice – fair and accurate reporting of court proceedings forms part of that principle’.

With a little preparation it is perfectly possible for a member of the public to report on a court case. You can even these days report live from court, but there are a few dos and don’ts to avoid falling foul of the judge and the laws of contempt.

This guide has been written to give you an understanding of some of those ‘dos and don’ts’. It cannot be comprehensive, but reading the guidance and links, and employing good commonsense should help you to take part in ‘Open justice’ project – ordinary people writing, blogging, and tweeting from Magistrates’, Crown, coroner’s and even the High Court.

Where to go
Firstly, decide what type of case you would like to report on. This guide is looking at criminal cases. These are split into three types:  known as summary, triable either way, and indictable only.

The Magistrates’ Court deals with summary only matters (which means magistrates can convict immediately without a full trial) such as common assault, minor public order and driving offences. Crimes such as burglary, actual bodily harm and criminal damage are either way offences, which mean that they can be tried in either the Magistrates’ or Crown court. The Crown Court deals with more serious cases, indictable only, offences such as robbery, rape, and murder. The government’s Open Justice website is a useful resource and contains information on sentencing and sentencing guidelines.

When to go
You can search HERE on www.thelawpages.com site for the daily court list for your chosen Crown Court (this will only tell you the name of the defendant, court number and start time). It won’t tell you what the case is, or whether it’s a trial or other form of hearing such as a sentencing or plea and directions hearing. If you want to go to the Magistrates’ court you should telephone to make sure there will be at least some hearings on the day you have decided to visit.

The BBC website has short video films describing each court, the lay-out, who sits where and what job they do HERE and you can watch a magistrate, judge and coroner each talk about their respective courts and the rules and etiquette of reporting HERE.

How to report
The next thing to decide is how you are going to report. Are you happier using pen and paper or laptop? Are you going to tweet the proceedings or write up a longer report after the case, maybe follow an entire case from start to finish? The latest guidance on the use of live text-based forms of communication can be downloaded HERE from the judiciary’s web site.

The important part is this: ‘ Where a member of the public, who is in court, wishes to use live text-based communications during court proceedings an application for permission to activate and use, in silent mode, a mobile phone, small laptop or similar piece of equipment, solely in order to make live, text-based communications of the proceedings will need to be made. The application may be made formally or informally (for instance by communicating a request to the judge through court staff).’

When considering a request by a member of the public, the paramount question for the judge will be whether the application may interfere with the proper administration of justice. Permission to use live, text-based communications from court may be withdrawn by the court at any time.

The guidance also reminds you that you cannot take photographs or use recording equipment, and that you must comply with the rules of contempt. Consider printing out a copy of the guidance to give to the court when asking for permission to report to illustrate you understand your obligations.

What to report
You are guilty of contempt if you publish or broadcast material that creates a substantial risk of serious prejudice to active proceedings, regardless of your intent.

Contempt of court is a criminal offence.

You can also be guilty of contempt if you publish or broadcast material which is in breach of a court order or other reporting restrictions.

An example of an action which MIGHT constitute serious prejudice to proceedings would be speaking to a witness who has not yet given evidence about what has taken place in court, or speaking to a juror about the case. A very important rule to remember is that anything said whilst the jury is out of court MUST NOT BE REPORTED.

You can read the CPS guidance on contempt of court and reporting restrictions HERE and an article by the attorney general Dominic Grieve for the Guardian on contempt laws in the Internet age HERE.

Court cases are fascinating but the language can be very confusing and at times difficult to understand. Rather than trying to take down word-for-word what anyone is saying, it may be better to summarise the case as it goes along, with a few verbatim quotes for extra emphasis. You will need to distinguish in your report between the defence and prosecution advocates or counsel and must report what was said fairly. You should avoid making subjective comments about a witness or their evidence – report the facts and let the reader come to their own conclusion.

You can identify witnesses by name, but not children under 16 and victims in cases of rape and sexual assault. If you do identify someone, be aware of the law of defamation.

You risk defaming someone if you broadcast on radio, TV or online, or write something in print or online, that:

Reports of proceedings are protected by what is known as ‘absolute privilege’. This means that so as long as the reporter produces a fair, accurate report published contemporaneously (i.e. that day or next) then they can’t be sued for libel. But that cover only extends to what is said during proceedings – any comments made outside of court by friends of family of a defendant or victim are not covered and should only be reported if they are not libellous.

Do not identify jurors in any way or speak to them about the case. Remember, if you go out for lunch you may end up in the same café and not recognise someone as a juror. Be wary about striking up conversations about cases.

If a trial is ongoing do not include any background material in your report. Only report evidence that the jury have heard.

Where to report from
You will probably need to sit in the public gallery unless you get permission to sit in the reporters’ seats. In most modern courts the public gallery is within the court room. In older courts, such as the central criminal court, or ‘Old Bailey’, the gallery is up in the gods and removed from the proceedings. It will be much harder to report from there and generally all you will see will be the back of people’s heads.

For more background on what it’s like reporting from court, read this blog by Philippa Thomas, a BBC reporter who live tweeted from the Stephen Lawrence trial, HERE.

And this report HERE which includes an article by Dominic Casciani, the BBC’s Home Affairs correspondent on the legal position on tweeting from court.

Finally, some thoughts from the ITN reporter Rupert Evelyn (@rupertevelyn) who tweeted from the trial of Vincent Tabak, convicted of murdering Jo Yeates. He found there were positives and negatives to live tweeting from a trial. He did so using a wireless keyboard and ipad, giving his followers an unparalleled view into a murder trial.

Where he found it appropriate to do so he was able to answer questions from his twitter followers – by the way, Rupert’s followers increased from 1,500 to 3,500 in three weeks. On the downside he said it was not a commitment to be undertaken lightly, and that it could be difficult to keep up with the speed of the evidence being given, you won’t be giving a verbatim account of what’s being said. Overall, he found the use of twitter to report overwhelmingly beneficial, enhancing the public’s understanding of the story, and, judging by the demand for detail in the case, a success.

The legal ‘dos and don’ts’ of reporting from court

David Banks, co-author of McNae’s Essential Law for Journalists and is a media law consultant says: