Number of people granted asylum down 40% on last year, according to Home Office stats

Number of people granted asylum down 40% on last year, according to Home Office stats 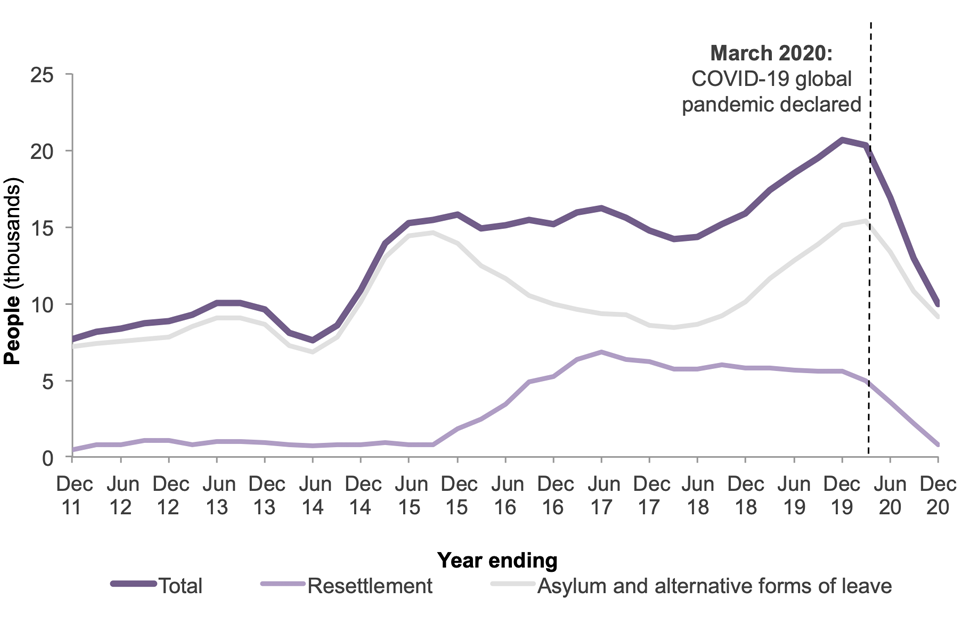 The number of people offered asylum, protection, alternative forms of leave and resettlement has almost halved (48%) compared to last year’s figures, according to the official Home Office statistics for 2020. The figure – 9,936 people, including dependants – has sunk to the lowest level since 2014.

There was a 18% reduction of people being granted humanitarian protection, 1,012 people. Moreover, 555 people were granted alternative forms of leave following an application for asylum (57% reduction) and only 823 people were resettled to the UK—85% reduction compared with 2019.