‘Locking up suspected terrorists is always popular, but stopping terrorist attacks more so’

‘Locking up suspected terrorists is always popular, but stopping terrorist attacks more so’ 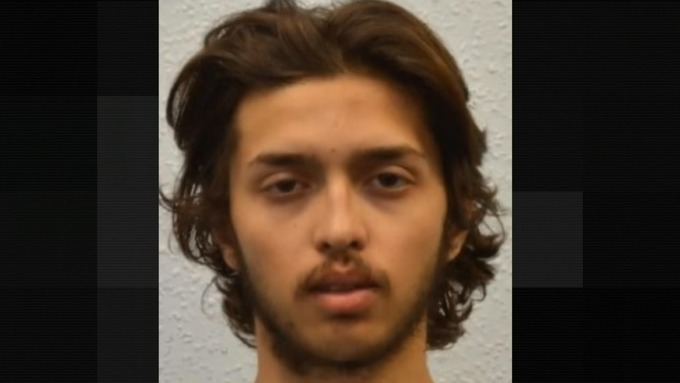 The ‘mavericks’ and ‘original thinkers’ selected to be a part of Dominic Cummings’ curious coterie are going to have a rude awakening when they are introduced to their ministers.  They are going to find that they are advising people who have never met a box they don’t want to remain firmly inside; a government that believes governing is done by boilerplate and soundbite, rather than with innovation and depth.

In reacting to the second terrorist tragedy of his premiership, and the second within three months, Johnson has shown an absolute failure to engage with the actual issues at play. Instead, he has copied his own work, his comments on this attack a near echo of the banalities said in response to November’s attack at the Fishmongers’ Hall.

There has been some movement in the government’s approach, but it is in the wrong direction, with the government’s policy now to take an even harder line than the pointlessly punitive one that was proposed before.  Faced with terrorists who emerge from prison even more radicalised than when they were sentenced, the prime minister’s solution is not to consider what failings there might be in the prison estate, but to ‘crack down’ on offenders, keeping them in prison even longer.  The government is hoping to rush through legislation that will abolish early release, and potentially allow terrorists to be detained indefinitely.

There is, obviously, a problem in the fact that terrorists are required to be released while they are still considered an active threat.  That this latest attack was relatively minimal in harm is nearly solely down to the fact that MI5 were surveilling Sudesh Amman with armed officers, in the expectation of his committing an attack.  It is patently clear that releasing convicted terrorists in the knowledge that they are going to require a permanent tail is an inefficient way to stop terrorist attacks, or to rehabilitate them.

The response to this is not, however, to immediately bring into effect legislation drafted on the back of a napkin by Priti Patel and Boris Johnson.  The government has access to some of the foremost minds in the world on terrorist rehabilitation, yet seems committed to pursuing the sort of policies that are proposed by random members of the public when they are asked their opinion for a NewsNight vox pop.  While the government may think this is a popular approach, they would do well to remember that if locking up suspected terrorists is popular, actually stopping terrorist attacks is even more so.

The consequence of this is that the legislation will be subject to a legal challenge that will inevitably reach the Supreme Court, and from there, the European Court of Human Rights (ECtHR).  If the government tries to alter the sentences of those currently imprisoned for terror offences, they are going to struggle against the principle of non-retroactivity.  After someone is sentenced, that is supposed to be the end of the matter.  Other than appeals for undue severity or leniency, the rule of law requires that offenders must be sentenced according to the law as it stands at the time of sentencing.

A cynical bystander might suggest that this is exactly what the government wants- a war with the courts over human rights.  Whilst the last major Supreme Court decision on prorogation divided opinion, with people understandably doubtful about the legitimacy of a prime minister forcibly dispatching Parliament, this issue will not. People, quite reasonably, do not like terrorists, and particularly don’t like terrorists to be roaming the streets while they are still considered an active threat.

When the Supreme Court, as it nearly certainly will, declares that this legislation is incompatible with human rights, it will not be on the basis that terrorists cannot be given severe sentences, or detained while still considered a threat, but on the basis that they cannot be punished retrospectively.

This is not how the government will present any such judgment. Instead, the justices will be portrayed as liberal elites, prioritising high-minded principles over the government’s attempt to keep the nation safe. There will be no nuanced engagement with the issues, or recognition that retrospective sentencing is a blatant violation of every conception of the rule of law.

Assuming the ECtHR upholds the decision of the Supreme Court, this will provide perfect ammunition for the Conservative’s next assault on Europe.  With the UK now successfully excised from the EU, our membership of the ECHR is the next target for Eurosceptics, many of whom currently sit around the cabinet table.  Decisions like this, alongside the ECtHR’s defence of the rights of other minorities like immigrants and asylum seekers, will be mobilised in an attempt to ‘bring rights home’.

Alongside this will come the question of judicial reform, which has been mooted since the Supreme Court’s first Miller decision on Article 50.    Whether this is done blatantly, through politicising the appointments process in a fashion akin to that of the United States, or subtly, such as through the attempt to change the judiciary’s pension age in Poland, which the CJEU declared unlawful, it seems inevitable that it will be attempted.

The question then will be, as these pages discussed recently, whether the Supreme Court is willing to remain defiant in the face of executive overreach, or whether it will accede to the will of the prime minister. As I wrote, we must hope that Lord Reed follows in the steps of his predecessor, taking the former path, and guarding against the continued degradation of our liberal democracy.

'Perhaps a decent lawyer could have got Cummings off, but it…
Government to launch sentencing crackdown
'We need the courts to put an expansive executive back in…
Accountability in a time of (constant) emergency
#GE2019: So what now?