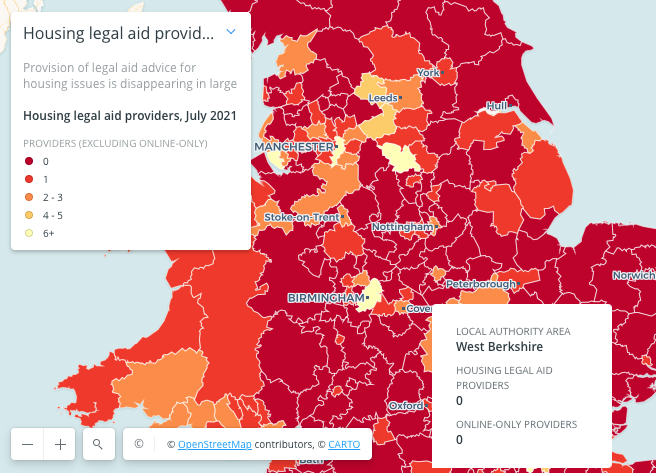 The justice minister denied that there were legal aid deserts across the country in a debate in parliament this week despite evidence of widespread failures in provision across the country. For a number of years access to justice campaigners have highlighted massive gaps in legal aid across the country – it was a major finding of last year’s Justice in a Time of Austerity: Stories from a system in crisis (Bristol University Press, 20201) by Justice Gap editor Jon Robins and Dan Newman. ‘A recurring theme is the failure of legal aid planning which delivers a chaotic and threadbare patchwork quilt of coverage if it provides coverage at all. This leads not only to geographical gaps in provision (the ‘deserts’); but also to ‘droughts’ where firms and advice agencies not using cases allocations despite demand for services because they are losing money on fixed fee cases.’ 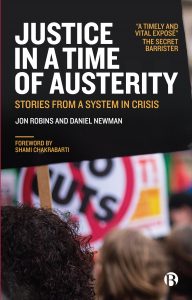 The campaign group Refugee Action today publishes a new report by the academic Dr Jo Wilding highlighting the plight of refugees, including those facing deportation to Rwanda, denied advice as so many parts of the country had have little or no coverage. According to a report in today’s Guardian, locations to which people seeking asylum are dispersed ‘including Plymouth, Stoke and Hull’ had only one legal aid caseworker and another, Swindon, had one provider with a legal aid contract ‘but provided no provision because it could not recruit a caseworker’. The report reports no provision in most of North Yorkshire despite a reception centre being built in Linton-on-Ouse; local authority areas ‘including Cumbria, Durham, Gloucestershire, Somerset, Surrey, West Sussex, Norfolk, Suffolk, Essex, and Lincolnshire’ were found to have no provision at all; and there was ‘a near-total lack of legal aid professionals along the south coast’.

Despite this overwhelming evidence, justice minister James Cartlidge, in response to a question by shadow health minister Andrew Gwynne about ‘advice deserts’, replied: ‘… I do not accept that there are areas of the country where people are denied access to justice because there are no legal aid providers. The LAA keeps market capacity under constant review and takes immediate action where gaps appear by tendering for new providers and amending contractual requirements to encourage new providers into the market. In England and Wales, legal advice on housing matters is available, wherever people are, through the Civil Legal Advice telephone service.’ In 2019 the Law Society reckoned that almost one third of legal aid areas had ‘just one and – in some cases – zero law firms who provide housing advice which is available through legal aid’ – in other words, they were advice deserts.’

“I do not accept that there are areas of the country where people are denied #AccessToJustice because there are no #LegalAid providers,” said #justice minister @jcartlidgemp.
Accept it or not, this is the reality. I’ll explain… https://t.co/QLpPJhuyZY 1/

The SNP’s Stuart McDonald asked if another review of partygate could ‘help inform Government policy on legal aid and access to justice’. ‘I say that because of the widely perceived link between a person’s ability to pay for legal advice and the number of fixed penalty notices that that person might receive, compared to others attending the very same event. So during his consultation, will the Minister speak to junior Downing Street staff and civil servants about their views on the significance of access to and the affordability of criminal legal advice?’

‘Huge deficit’ in legal aid provision leaves asylum seekers…
Victims of trafficking failed as a result of legal aid…
LAUNCH: 'A vital exposé of a justice system suffering from a…
'A call to arms': Austerity justice book published today
'The attack on "access to justice" is ideological and…