‘It’s the litigants who will suffer most’

‘It’s the litigants who will suffer most’ 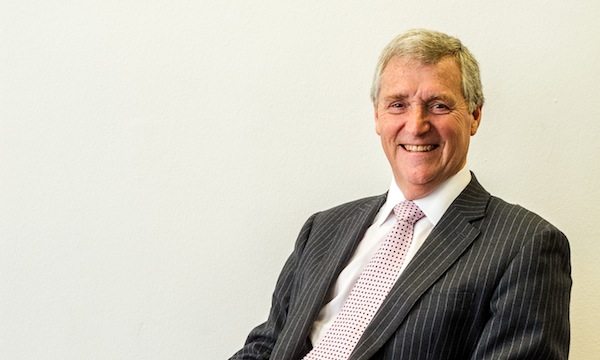 The day before district judge Richard Chapman talks to the JusticeGap is a typically frantic day at Telford County Court. On his list, there were 12 ‘Children Act’ cases featuring a total of 29 parties ‘including mothers, fathers and grandparents… all fighting over the children’. ‘Out of those 29 I’d say only seven of the parties had solicitors,’ the judge relates.

Richard Chapman is the newly-elected president of the Association District Judges and as such he and 477 fellow district judges are on the frontline of a new wave of DIY law, as the courts struggle to cope with a new wave of litigants-in-person – people who are forced to represent themselves before the courts.

It is the litigants who suffer most
As of April 2013, Richard Chapman points out that there ‘will be much less legal aid for litigants and very little’ for private law family cases. ‘It’s a policy decision that arises from resource cuts,’ reflects Chapman; adding that ‘we prefer a competence experience solicitor or barrister in front of us advocating a case.’

The judge, who is 66 years old and joined the bench 10 years ago, reckons that some five years ago more than 90% of parties were represented by lawyers compared to now when, on an average day, only half of cases involving children have parties represented. Whilst the judge is, he says, sympathetic to politicians facing the dilemma of deciding who ‘bears the brunt of the cuts’ in the justice system, he adds: ‘It is the litigants who will suffer most.’

Chapman flags up the importance of proper advice and representation in private law family cases (as opposed to ‘public law’ care cases) ‘where parties who are unable to agree about the arrangements for the children after they have separated come to the court’. His own caseload is 40% family. ‘The court has to decide in accordance with Children Act principles what are going to be the arrangements for the child. Will the child go with the mother, father or grandparent, or a mixture of all three? On what basis will the child see the parent who is not the primary carer? Will it be supervised? Will it be overnight contact?’ He flags up one case where neither parent nor grandparent had legal representation that was listed for a single day and lasted three days.

Safety net
To what degree does legal aid provide a safety net in those cases at the moment? ‘Very few cases that come to us involve parents who can afford to instruct lawyers privately… very, very few,’ Chapman replies. Plus, he points out the judiciary already has to cope with delays over the administration of public funding even when legal aid is theoretically available.

‘That delays the resolution of a problem that the child has been worrying about every day of every a week. It worries us. It isn’t right.’

Non-family civil claims are ‘a different kettle of fish’, Chapman says. Some 99% of such claims are ‘basically about money’. There are complex legal processes (‘the Civil Procedure Rules and legal principles involved such as contract law, the law of negligence duties of care so on and so forth’) that DIY litigants have to navigate. He cites a dispute over a lease for commercial premises where a tenant fell out with the landlord and withheld rent. ‘The landlord evicted tenants,’ he says; adding that that there were claims by the landlord for ‘dilapidation, repairs etc’. ‘There was £25,000 at stake; but neither party was represented. They came before me for a final daylong hearing. The first question I ask is where is the lease?’ There were, the judge reports, ‘piles of documents, electricity bills, bills for this bills and bills for that but nobody could give me a lease. Without a lease, I cannot begin to make the decision.’

Small claims
Chapman is also concerned that the Ministry of Justice is looking at increasing the value of cases that can be brought in the fast-track procedure for low-value civil cases. ‘The small claims track limit started off a £60 many years ago and now it’s going up to £10,000 and may even go higher. That limit is going to embrace the vast majority of civil claims,’ he says. The Association of District Judges responded to the consultation on small claims arguing that the limit remain at £5000. ‘Our response hasn’t been accepted,’ he says. Now the small claims procedure will be dealing with disputes such as building issues (‘when, for example, conservatories fall down’). ‘In more expensive building claims, we need expert evidence,’ he says.

DIY law
The judge argues that DIY litigants need help not just to help themselves but to assist the courts and to prevent them becoming clogged up by delays. Chapman is calling on lawyers to provide solutions for clients who cannot afford their services. ‘What I want is somebody to develop some sort of package for litigants in person; so that when they get that final hearing stage they know what documents that they have got to produce to the judge,’ he says. A solution so seemingly straightforward that it begs the question, why has this not happened before.

Chapman also calls for a change in the cultural mindset of lawyers. Many law firms offer a free first half hour of advice; but most firms insist on being paid an hourly rate (£250 for a reasonably experienced solicitor) although, increasingly, they offer fixed fees. What they don’t do is offer enough advice to get you up and running. The Law Shop in Bristol is an exception and advises on how best to handle straightforward matters with DIY litigants paying £7 per five minutes.

So Chapman says to lawyers, if a client can’t afford legal advice for an entire case ‘then at least give them an hour of your time’. ‘As a lawyer put yourself in the position of a district judge: what are we going to need to enable the client’s dispute to be resolved?’ DIY litigants are ‘already spending hundreds of pounds in court fees just to get into the courts. To spend another £100 or £200 on proper legal advice has to be good value’.

Taking the strain
Chapman also acknowledges that the courts need to change to assist those litigants that are in what he calls ‘the vulnerable category’ – in other words, ‘those who cannot read or write well and those without the comprehension to understand’. ‘I am afraid there are a lot of them. They need some face-to-face help.’ Chapman draws a line at expecting the legal profession to step in and provide their services free (or pro bono) to fill the gap left by the legal aid cuts. ‘Sorry you cannot expect all lawyers to work pro bono all the time… they have to earn a living.’

The judge recognizes that the overstretched network of Citizens Advice Bureaux is already taking the strain. ‘People tell me they tried to get an appointment but there was a three-week waiting list or the bureau is closing next week. The CAB template is exactly what we need. But we need it developed not restricted.’