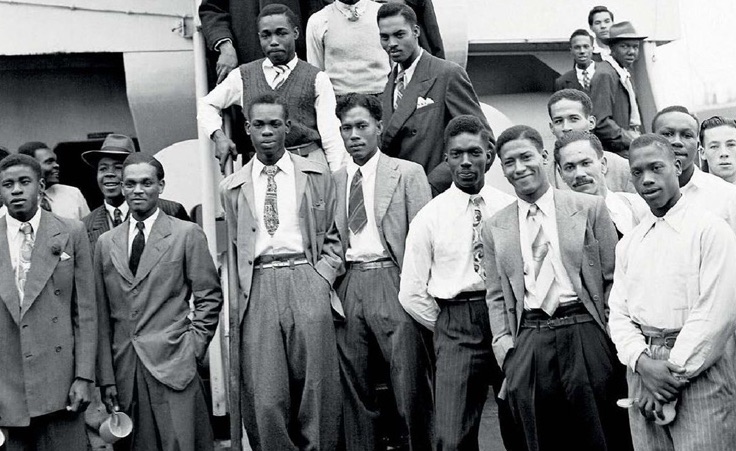 From the Windrush Foundation (windrushfoundation.com)

In my 2014 ‘Chasing Status’ report, I called them ‘Surprised Brits’.

Today, they are known as the Windrush Generation, and thanks to the tireless work of Guardian journalist Amelia Gentleman, their heartbreaking stories have led every news bulletin for the past week. As I write, media interest in the devastating impact on these long-term lawful Commonwealth migrants of Theresa May’s hostile environment shows little sign of abating.

The overwhelming political and public response has been shock and outrage. Theresa May has apologised and insisted that those who have wrongly suffered because of her government’s harsh immigration rules will be compensated. ‘The UK will do whatever it takes including, where appropriate, payment of compensation, to resolve the anxieties and problems that some of the Windrush generation have suffered,’ she told Commonwealth leaders.

Home Secretary Amber Rudd said last week she was ‘concerned that the Home Office has become too concerned with policy and strategy and sometimes loses sight of the individual’.

It is a remarkable turn of events, and one which has left anyone working in the immigration sector slightly giddy. None of the immigration lawyers I’ve spoken to in the last week is remotely surprised at the stories that have emerged. They are, however, bemused and bewildered that, all of a sudden, the stupidity and heartlessness they have long seen the immigration authorities mete out on a daily basis is suddenly generating such headlines.

In reality, none of this is new or surprising – and the prime minister cannot claim she wasn’t warned. Four years ago, when May was in the Home Office, ‘Chasing Status’ told the stories of the likes of Anne Marie, Aubrey, Lasith, Sam, Henry and Edward, who had arrived here as children and, between them had lived in the UK for 260 years and had never before questioned their Britishness. Now in their 50s and 60s, their lives had been turned upside when they were suddenly being asked to produce proof of their immigration status.

The report concluded: ‘Whatever anyone thinks of political rhetoric about being “tough on immigration”, no mainstream party or newspaper would have individuals like these in their sights when talking about the need for a crackdown. We believe that urgent reform is needed to ease the plight of people who are now at or approaching retirement age, having lived virtually all their lives in the UK.’

Among Chasing Status’s recommendations was a call for the creation of a specialist Home Office unit to deal with these applications, staffed by caseworkers with ‘specific understanding of the history of immigration control and how Commonwealth citizens have been affected’.  At the time, the Home Office response was dismissive. There were ‘no plans to introduce a specialist unit’. ‘It is up to anyone who does not have an established immigration status to regularise their position – however long they have been here,’ the spokesperson added.

Four years on, with the scale of the damage caused so powerfully exposed by the Guardian, Theresa May hurriedly announced the creation of exactly the kind of dedicated Home Office team Chasing Status had called for. If May had managed to show a little more interest and humanity during her time as Home Secretary, she would have been spared a massive amount of embarrassment as prime minister.

While May’s confirmation that compensation will be available is welcome, it will be of little comfort to the people I interviewed in 2014, and many others like them.

How does the prime minister propose to compensate Anne-Marie, a 56-year-old with learning difficulties, who had been reduced to relying on handouts after her benefits were cut off? Anne Marie’s passport was destroyed in a house fire in 1985, and the Home Office could find no record of her ‘Indefinite leave to remain’. Her 83-year old mother, Violet, a retired swimming pool changing room attendant, was using her pension to help support Anne Marie. ‘If she didn’t have us, she would be on the street begging,’ Violet told me.

Or how about Aubrey, a 53-year-old single father who came here from Jamaica age 12, who was fired from his job? How much compensation should we pay someone who always ticked the ‘Black British’ box on forms, and is suddenly made to feel that the country where he has worked, contributed and raised his family is ‘trying to get rid’ of him?

Or Lasith, 60, out of work for the first time in his life after being fired from his job of eight years, despite being able to produce a national insurance number, passport and birth certificate. After 50 years in the UK, he was sent a letter telling him he had 28 days to leave. When I interviewed him, he had just been diagnosed with lung cancer and given a bleak prognosis. Both I and his lawyer have lost touch with Lasith in the intervening years and the cancer may well have taken its course. If so, how do you compensate someone whose last few months, which would have been difficult enough anyway, were made infinitely worse by having to battle the immigration authorities as well as a fatal condition?

One of the positive consequences of the Windrush scandal is hearing from a number of the 2014 ‘Chasing Status’ interviewees, including Lasith. When we met in 2014, he had just been given a diagnosis of terminal lung cancer and a life expectancy of 18 months, but four years on, Lasith is doing well. He credits his recovery to being put on a trial drug, which had, in his words, a ‘miraculous’ effect. He has been ‘completely shocked and overwhelmed’ by all the Windrush coverage. Thanks to his lawyer, Islington Law Centre’s Roopa Tanna, Lasith has indefinite leave to remain, and is hoping to apply for British citizenship. Now in his mid-60s, he plans to visit the country of his birth, Sri Lanka (which was still known as Ceylon when he left in 1964), which he hasn’t seen since he was 10 years old.

Windrush victims ‘too fearful’ of the Home Office to apply…
'Hostile environment' broke equalities law, says watchdog
UK government 'risks another Windrush' over EU settlement…
#Jamaica50: 'Our belief about our place in this country has…
Is it any wonder the Windrush generation don't trust the…