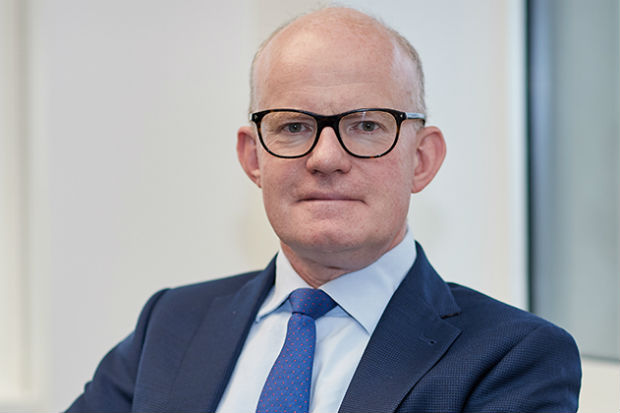 The approach of the criminal justice system towards those with mental health conditions was ‘stigmatising’ and ‘in need of change’, the Director of Public Prosecutions has said. In a lecture to the Howard League for Penal Reform, Max Hill QC outlined various proposals which he argued would ensure the fairer treatment of those with mental impairments and disorders.

In March 2019, the Crown Prosecution Service published new guidance for prosecutors on dealing with defendants with mental health issues. That guidance, said the DPP, reflected a shift in thinking about disability from the medical to the social model, which locates an individual’s disadvantage in a society’s failure to organise its facilities in an accessible manner. That change in attitudes recognises that a mental disability does not in and of itself have to disable someone’s access to justice.

Fitness to Plead
There should be a coherent, modern definition of what not being able to participate in criminal proceedings means. The starting point for approaching fitness to plead is found in the Pritchard criteria, based on a case from 1836. These criteria were then codified in the Criminal Procedure and Insanity Act 1964. The legislation and case law are geared towards assessing the ability of a defendant to perform particular court functions. In the civil context, by contrast, the Mental Capacity Act 2005 reflects an up-to-date understanding of someone’s cognitive capacity to process and communicate information.

This difference – noted by the Law Commission in their 2016 report Unfitness to Plead– ‘creates the potential for seemingly conflicting assessments of the same individual who, for example, could be found fit to plead in relation to a murder allegation, but lacking in capacity for litigation about the less critical issues of an inheritance dispute’.

The DPP argued that disparity was evidence of the criminal law’s failure to apply a modern definition of mental fitness. By failing ‘to provide for full participation in criminal proceedings for all, or as nearly all as can be”, the criminal justice system is failing to achieve the appropriate balance between “the rights of the vulnerable with the interests of those affected by an alleged offence and the need to protect the public’.

Mens Rea
In turn, the flawed approach to assessing a suspect’s fitness to plead can result in procedural unfairness in how Crown Courts evaluate their mens rea. As a consequence, those unfit to plead may be placed in a worse situation than someone fit to plead. Hill’s submission on this point was informed by the findings of the Law Commission, which noted the Pritchard test is ‘not consistently understood or applied by clinicians, legal practitioners and the courts’.

Hill affirmed their recommendation for ‘a modernised test for unfitness to plead, bringing it into line with today’s psychiatric and psychological thinking. The new test would look at the defendant’s decision-making capacity and ask whether the defendant is able to participate effectively in their trial’.

Insanity
The defence of insanity is characterised by ‘outdated’ and ‘stigmatising’ terminology, declared Hill. In particular, the M’Naghten criteria, which refer to a ‘defect of reason from a disease of the mind’, are not based on modern medical understanding. The practical effect is that very few people are found not guilty by reason of insanity. In a 2013 discussion paper, entitled Insanity and Automatism, the Law Commission found that there are only around 30 successful insanity pleas each year in the Crown Court.

In their 2017 report Mental Health and Fair Trial, the law reform and human rights organisation JUSTICE similarly stated: ‘The defence is rarely used in practice, in some respects due to the difficulty posed in meeting its complicated criteria, the stigma attached to the defence and the limited disposals available.’

As Hill contended, if the purpose of the criminal law is to punish those who wilfully do wrong, then the current operation of the insanity defence would suggest we are ‘punish[ing] rather than compulsorily treat[ing] those who are not wilfully doing wrong’. That said, ensuring public safety remains of principal concern and so the law’s distinction between ‘internal’ and ‘external’ factors in determining the cause of the accused’s lack of control remains of value.

It would be a ‘significant improvement’ said Hill to abolish the common law insanity defence and replace it with a new statutory defence where someone is not criminally responsible by reason of a qualifying recognised medical condition. The new defence would be available in relation to any criminal offence and would result in a new special verdict – ‘not criminally responsible by reason of a recognised medical condition’. There would need to be a public policy discussion about which medical conditions should qualify and what outcomes are available upon such a verdict.

As Hill concluded, there was ‘a long way to go’ to ensuring the fair and proportionate treatment of those with mental health conditions in the criminal justice system. The need for remedying some of the current imbalances was urgent, he said.

Sapan Maini-Thompson is training to become a barrister specialising in criminal, public and human rights law. He tweets @SapanMaini

Our print magazine is Proof. Contributors include Michael Mansfield QC, Bob Woffinden, David Rose, Eric Allison and Ian Cobain.
Buy Proof Magazine
The latest issue (Why legal aid matters) includes Helena Kennedy QC and Martha Spurrier in conversation, David Conn on the legacy of Hillsborough - plus how to build your own law centre.
Sapan Maini-Thompson is training to become a barrister specialising in criminal, public and human rights law. He tweets @SapanMaini