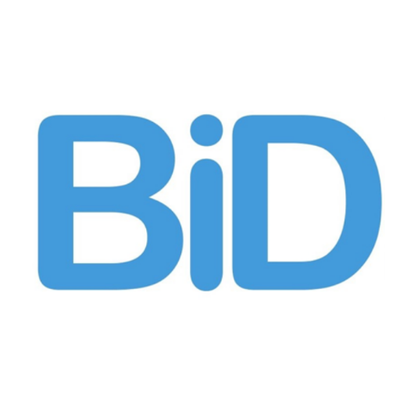 Last Thursday the international FTSE 250 company Serco was awarded a £200 million contract by the Home Office to manage two immigration removal centres despite years of abuse and fraud-related scandals associated with the company.

Bail for Immigration Detainees considers the pervasiveness of the profit motive in the operation of detention centres deeply troubling. Vast portions of the UK’s immigration enforcement system have become big business, outsourced to unaccountable institutions that seek to drive down costs to the detriment of those subject to immigration control, and in particular our clients in immigration detention. The private firm Mitie secured its largest contract ever in 2017 from the Home Office, worth an eye-watering £525 million, for ‘escorting’ services (code for forcibly removing detainees to detention centres and onto deportation flights).

There is a lack of public scrutiny regarding how these contracts operate, as private companies are not open to Freedom of Information Requests and their contracts with government are subject to ‘commercial confidentiality’.

Serco, which works for 20 governments worldwide but receives 40% of its business from contracts running UK public services, was awarded the contract after its fellow outsourcing company G4S announced in late 2019 that it would not be bidding; G4S has come under serious criticism from MPs and campaigning groups for its mismanagement of the two centres, Tinsley House and Brook House, after a 2017 Panorama documentary revealed a culture of abuse amongst staff there.

The Home Office says the Serco contract ‘includes ambitious plans to improve the two centres in Gatwick’ and represents ‘further steps to modernise the immigration detention estate’. However, Serco’s existing track-record running Yarl’s Wood, a detention centre located in Bedfordshire, has been rife with controversy: numerous allegations of sexual abuse by guards have been lodged by detainees over the past decade; a report by the charity Women for Refugee Women in 2014 found that 38 women interviewed had been seen by male guards while they were naked. The issue is not limited to contracts agreed with the UK government: Serco’s running of Australia’s offshore processing centre for migrants since 2009 has attracted numerous reports of staff brutality, including beatings, as well as instances of suicide and self-harm by detainees.

Allegations of abuse by Serco staff at Yarl’s Wood culminated in a highly critical report by HM Inspectorate of Prisons in 2015. Concerns over the vulnerability of detainees persist and allegations of ill-treatment by detainees have not abated: in February 2018, over 100 migrant women detained at Yarl’s Wood went on hunger strike in protest against their detention and treatment by staff. Serco denied that the strike was happening.

Moreover, just this month, a Yarl’s Wood detainee was cleared of charges of assault against Serco staff who were using force to put her on a chartered flight (it was later established that her removal directions had already been cancelled). During the court hearing witnesses described how the woman was thrown onto the ground ‘like a bag of cement’ during the incident, which involved 11 guards employed by Serco.

The company’s management of other public services contracts has attracted controversy. Serco was fined £6.8 million for various failings in housing asylum-seekers (though the Home Office still decided to renew its contract for this work in June 2019); in 2013, Serco was investigated along with G4S by the Serious Fraud Office for over-billing the Ministry of Justice on its electronic tagging contracts. It was found that some of the tags they charged for did not exist – but the company got away without any convictions after agreeing to repay £68 million to the government. An additional financial penalty of £19.2 million was paid by Serco for fraud and false accounting.

Outsourcing throws up additional barriers to ensuring accountability. It is the Home Office that is ultimately responsible as the detaining authority, but when mistreatment or abuse is alleged it becomes unclear whether it is the state or the sub-contractor that is responsible. A series of scandals, most notably BBC Panorama’s revelations in 2017, raise the question of whether the Home Office has the capacity to effectively monitor the operation of these contracts.

A report by the United Nations working group on the use of private military and security companies examined the use of private security providers in places of deprivation of liberty, including immigration-related detention facilities. The report found that ‘the profit motives of private security operators often override human rights considerations’ and that outsourcing leads to situations ‘in which human rights violations are likely to be committed with impunity against those deprived of their liberty, with little or no recourse to effective remedies for the victims’.

Our print magazine is Proof. Contributors include Michael Mansfield QC, Bob Woffinden, David Rose, Eric Allison and Ian Cobain.
Buy Proof Magazine
The latest issue (Why legal aid matters) includes Helena Kennedy QC and Martha Spurrier in conversation, David Conn on the legacy of Hillsborough - plus how to build your own law centre.
Alice is a research and policy volunteer at Bail for Immigration Detainees