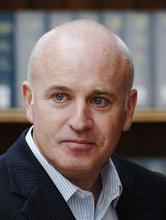 A recent project by the British Institute of International and Comparative Law (BIICL) invited a range of legal commentators from practising lawyers to former judges, academics and journalists to ‘reimagine the law’ and ask what they would change about the justice system. Jon Robins, editor of The Justice Gap, proposed:

‘At the end of the trial defendants should be presented with a USB stick with an audio-recording of the entire trial. Trials are digitally recorded anyway; transcripts are prohibitively expensive and (bizarrely) courts destroy recordings after seven years. In one (almost) cost free move, the courts could increase transparency and provide a lifeline to the wrongly convicted.’

This article supports this call for defendants in criminal trials to be given an audio-recording of the entire trial at the end of the proceedings. In so doing, it highlights the barrier to justice that court transcription services can present to alleged innocent victims of wrongful convictions who hope to overturn their conviction in the Court of Appeal (Criminal Division) (CACD) or by a referral back to the court of appeal by the Criminal Cases Review Commission (CCRC).

This barrier to justice exists because alleged innocent victims of wrongful convictions who were convicted at the Crown Court and hope to overturn their convictions in the CACD or by a referral by the CCRC must, save in exceptional circumstances, have ‘fresh’ evidence, interpreted as something that was not or could not have been available at the time of the original trial (under s.23(2) of the Criminal Appeal Act 1968).

Yet, the exorbitant cost of obtaining transcripts of criminal trials can and does inhibit investigations into claims of innocence by alleged victims of wrongful conviction and/or imprisonment cases. It means that they may never find the so-called fresh evidence that is required by the CACD or the CCRC to have their convictions referred and/or overturned.

The argument forwarded here, then, is straightforward. Transcripts of the trial are essential for alleged victims of miscarriages of justice (or those assisting them) who need to know in detail what was said in the trial so that they are well placed to find the fresh evidence that is required by the CACD.

Put simply, you need to know what went on in the trial to know whether the available evidence is new or fresh.

These issues are explored in the remainder of this article through an analysis of the restrictive costs of obtaining transcripts of the trial in a case of an alleged wrongful convictions that is being assisted by Empowering the Innocent.

Last month, I wrote for the Justice Gap about the case of David Nash and his dying declaration of innocence, exploring whether a posthumous application could be made to the CCRC on his behalf by his surviving sister or daughter (here).

Readers may recall that he was convicted, along with eight other defendants of an alleged drugs conspiracy that was likened during the trial and in the press to the Netflix series, Breaking Bad (see here and here), for which he was given an 11 year prison sentence.

Empowering the Innocent is also assisting one of his co-accused, Steven Williams, who was sentenced to seven years for his alleged part as the ‘facilitator’ in the alleged drug conspiracy, although no drugs or trace of drugs or drug making equipment was ever found in any of his premises.

Mr Williams has been given permission from the HM Courts & Tribunals Service to obtain the transcripts of his trial. We need the transcripts to attempt to verify his claims that false and misleading evidence was given at his trial by police officers and forensic science expert witnesses and decide whether we can assist him in making an application to the CCRC.

The Transcription Agency in Kent is the Ministry of Justice approved supplier of offsite transcription dealing with the request. The standard rate of transcription that has been quoted in an estimate to Mr Williams for his transcripts is £1.13 per folio from audio recordings plus VAT, with a folio consisting of approximately 72 words uttered during the course of the hearing.

More specifically, the quotation provides an example of the indicative cost for 291 minutes of audio recording of the trial at the standard rate of £765.33 + VAT, which works out as £918.40.

To calculate the estimate for a full set of transcripts of Mr William’s trail, 291 minutes of audio recording equates to 4.85 hours of the trial, which is approximately one day of court time as a normal court day is 5 hours, 10 am to 4 pm, with an hour for lunch.

According to Mr Williams, however, this is a conservative estimate as some days the court sat as late as 5.30 pm.

In addition, the estimate letter explains that the final number of folios is subject to change depending on the nature of the hearing, the speed at which individuals speak and the number of interjections from parties. This would also increase the overall cost of obtaining the transcripts of the trial if there were more folios than estimated.

To add further context, Mr Williams claims that he was financially stable with a lucrative business before his alleged wrongful conviction but now lives on £64 a week carers allowance, which he receives for looking after his elderly mother who is 87 years old.

Moreover, Mr Williams claims that not only did his business collapse whilst he was in prison, that he now has tens of thousands pounds worth of debts relating to business rates that he failed to pay when he was in prison that he did not have when he was convicted, which he is also fighting to overcome.

The bottom line, then, is that Mr Williams cannot afford to pay for the transcripts so we can neither confirm or deny his claims that lies were told in his trial and that the evidence against him is not to be relied upon.

This means that his only hope of overturning his alleged wrongful conviction is by an application to the CCRC setting out his claims with a request that they investigate them. However, with a current rejection rate of 99% of applications (here), and nothing to substantiate his claims of police and expert witness corruption and misconduct, the CCRC is unlikely to use its powers and dwindling resources (here) to determine whether Mr Williams’ application meets it’s ‘real possibility test’ (here) and may well simply view it as just another convicted criminal trying it on.

Emily Bolton of the legal charity APPEAL (formerly the Centre for Criminal Appeals) noted in response to a previous article in the Justice Gap:

‘[I]n the US you have access to the full transcript of the trial and in many states, all the police file and all the prosecution file, once a conviction becomes final when the direct appeal is denied…[in] Mississippi, a prisoner gets a record of everything that was said in his or her trial.’

One might be forgiven for thinking that the notion that the British criminal justice system is the best in the world is a myth. The more one delves, the more barriers to justice one discovers.