Pragmatism and idealism: an interview with Lord Runciman

Pragmatism and idealism: an interview with Lord Runciman 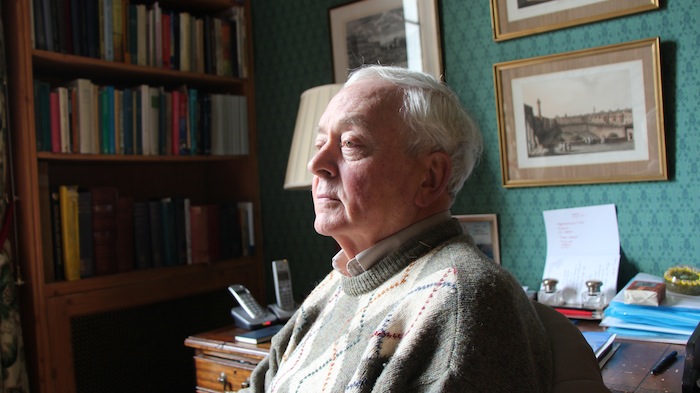 Set up to deal with the crisis caused by the high profile miscarriages of justice of the 1980s and 1990s, the commission was tasked with transforming the criminal justice system to such an extent that such catastrophic failures would never happen again.

But how do you eradicate miscarriages of justice?

You don’t, says Garry Runciman, the man chosen to lead the commission. Because running a royal commission is, like politics, about the art of the possible. ‘I’m quite sure that we don’t have a system which is as good as it should be, but this is true across the whole of the criminal justice system. That there are cover-ups going on every day of the week in all walks of life.’

‘If every bent solicitor or if every dodgy stockbroker could be caught and suitably disciplined, it would be a better world. And it’s never, never going to happen, is it?’

His recommendations needed to be attainable – reasonable – so that they would ‘stand much better than evens chance of being implemented’. The highly respected academic, who splits his time between his home in London, and Cambridge University where he is a Fellow of Trinity College, admits that he was as surprised as anyone when he was asked to chair the commission.

For two years he and his fellow commissioners waded through reports and studies, visited prisoners and interviewed key figures in the judiciary, police, government and media. Their 261 page report, published on 6th July 1993, resulted in the most radical reforms ever wrought on the criminal justice system in this country.

‘I’ve never been as hard worked in my life,’ admits the 78-year-old Lord Runciman. It is clear that he is immensely proud of the work of the commission, and is keen to acknowledge the huge contribution of his fellow commissioners. ‘And I have to say, absolutely unreservedly, that they were all splendid. They were absolutely regular and conscientious attenders. We worked well together.’

Thoughtful and a little austere, he laughs good humoredly about the fact that the report was criticized as being too moderate, and his chairmanship too pragmatic.

‘I’m rather pleased, frankly, to be told [I’m a pragmatist]. Because if not, what’s the opposite of pragmatism? Starry-eyed idealism? Or world-weary reactionary cynic?’

His description of his work on the commission is peppered with the language of compromise – continually emphasizing the possible over the purely desirable. The system may have been ‘rotten’ as Paddy Hill declared, but it needed to be disinfected not dismantled.

Never is this pragmatic approach more in evidence than when responding to criticism that the commission failed to deal with the issue of police corruption.  For Runciman it is as straightforward as can be – it simply wasn’t in the terms of reference.

And was did he have an input in the terms of reference?

No. He was told by a government mandarin: ‘These are the terms of reference and you take it or leave it.’

‘We were quite clear that neither juries nor the police were in our terms of reference. I was told: “You can recommend what you like. You can go beyond the terms of reference.” But with the clear implication: “You’ll be wasting your breath”.’

‘And I do sympathise with the police, particularly when they are seen to be unable to solve a spate of fairly high profile cases and sometimes I think the system did and perhaps still does make it more difficult for them than it should be. Particularly when it concerns the admissibility of evidence.’

‘That whole area of: “Can you trust any body set up from within the police to police the police?” I’ve no idea what the answer is to that. The good cops are so good and the bad cops are so bad that it’s quite startling. And I think it was always thus and evermore shall be.’

‘I do not know how you ensure the police, anywhere in the world, behave as they should,’ he says with a shake of his head.

Weight of expectation
From the start the expectations for the Runciman Commission were high. Set up on the very day that the Birmingham Six were released from prison, the commission’s task was to repair the battered reputation of a criminal justice system, once purported to be the best in the world. ‘We were quite clear that the brief was to consider everything that happens in the system from the moment of somebody being arrested and charged to the point at which they’ve exhausted their last right of appeal,’ he says. ‘We all recognised that we were going to be trying to produce a set of recommendations which would hang together as a whole. We also recognised it was very unlikely that any government would actually see it exactly the way we saw it.’

‘But of course in our minds what we hoped the government would not do, would be too much cherry picking. To choose the recommendations which fitted in with whatever then ministers wanted to do.’

When the commission did report back, along with a great deal of praise there was also some stinging criticism.

‘The hostile comment that I certainly expected and I have to say was unfazed by, because we were well aware of it, that in broad terms there would be people from the Left saying: “You haven’t gone far enough”, and people on the Right saying, “You’re going too far”.’

‘But on the whole given that what we wanted was a report whose recommendations would be acted on in the circumstances of the time by a Conservative government, I was pleased.”

The most concrete – and arguably most influential – of all the 352 recommendations was the proposal to create an independent body with wide-ranging powers to investigate potential miscarriages of justice, the Criminal Cases Review Commission.

Lightning rod for criticism
Heralded by many as a bold and decisive innovation, it has in recent years become the lightening rod for much of the criticism from prisoners, pressure groups and campaigners who claim that innocent people are still being wrongly imprisoned.

While Runciman readily defends the idea and structure of the CCRC, he admits that he was concerned that succeeding governments might cut back on funding once the memories of cases like the Birmingham Six and the Guildford Four began to fade.

‘We were very aware that the caliber of the case managers was going to be crucial,’ he continues. ‘And that comes back to the resources question. You’ve got to be able to recruit and retain and support the people with the necessary skills to conduct these very complex investigations in such a way that hopefully miscarriages are actually corrected.’

‘But I hoped that if a new independent authority was set up on our recommendation that the government wouldn’t just tick the box and then start cutting back on the funding.’

And what of the criticism that the way that the CCRC was created makes it subservient to the Court of Appeal – hamstrung by the ‘real possibility test’ which encourages the CCRC to take a conservative approach to referrals? ‘Well I think it’s an inevitable consequence of the fact that the power of decision ultimately rests, and must rest, with the court. And I’m not surprised if the way the people in the CCRC operate is taking account, as they should, of that fact. That’s how it should work, isn’t it?’

And for those who say that Runciman’s compromise of pragmatism over idealism was too great?

‘I think collectively we thought that we could and should produce a set of recommendations which unless they went directly against the grain of government policy would stand a much better than evens chance of being implemented. In fact, I would not have taken it on – it took two years and was just fascinating, but I’ve never been as hard worked in my life – if I didn’t think that our recommendations were going to be acted on.’

2 responses to “Pragmatism and idealism: an interview with Lord Runciman”

Prosecutors could be allowed to direct police investigations
Westminster commission to look at role of the…
Political accountability, independence and the…
Review of Court of Appeal to correct 'technical glitches'
Tory manifesto: Boris's clampdown on 'soft justice'