'It's not over': Liam Allan to Calum McCrae

When people think of Liam Allan, the ongoing disclosure scandal springs to mind. He has become an unwilling poster boy for the falsely accused. I see Allan as a fellow 23-year-old University of Greenwich student who, through no fault of his own, has been through an horrendous experience and become the focus of unwanted attention.

I meet Allan six months after the Crown Prosecution Service’s lawyers offered no evidence three days into his trial at Croydon Crown Court. He had spent two years on bail after being charged with 12 counts of rape and sexual assault. He told the police that the sex had been consensual.

The CPS’s decision to abandon the case came, as the prosecution counsel acknowledged, at ‘the 59th minute of the 11th hour’. We discussed his experience of a criminal justice system and the frenzied media coverage of his case.

Liam Allan recalls the day of his arrest: ‘I’d just finished a football game and was getting changed. I was, rather awkwardly, in a dressing gown. There was a knock on the door. My mum went to answer it. She came into my room and said: “The police are here”.’ He was taken to a police car and told he was under arrest on suspicion of rape.

Allan, a third year criminal psychology and criminology student, could scarcely believe what was happening. He struggles to make sense of it even now.

‘You think: “No, this must be some sort of a test because I’m studying this course”, maybe to see what it’s like to go through it. That sounds crazy, but what’s crazier is that somebody accuses you.’

Allan was taken down the police station by himself and held in a cell for six and a half hours before being questioned. He was struck by how he – an innocent man – was immediately forced on to the defensive. ‘It’s odd the way that questions get asked,’ he recalls. ‘It’s not necessarily to lead you into a trap, but you’re panicked that they are asking questions to trip you up a little bit. I hesitated for ten seconds and the first thing they said was: “Why did you hesitate?”’

The officers in charge of the investigation seized Liam’s new phone as well as the complainant’s. Downloads were made of the material on them.

Liam Allan had to endure an anxious year of waiting for the police to decide whether they were going to charge or not. He continued his studies but it was not easy. ‘I just stopped caring,’ he says. ‘… I’d just given up. We had no communication. I didn’t care about uni because in my head I was thinking: “What’s the point?” If I get charged, they might suspend me.’

Allan describes himself as ambitious and somebody who ‘always gives 100%’. ‘I think that’s the first time in my life where I’ve just thought it’s probably not worth it if it’s all just going to come crumbling away. Whether it even goes to court or not, I’ve lost everything.’

Allan was eventually charged. He was aware that the only evidence against him was the complainant’s word; but he was equally aware that his word was the only evidence supporting his account. ‘It’s a question of who is more believable in court. That’s a scary prospect,’ he says.

‘It’s all first impressions. I can promise you now, as soon as I walked into that courtroom, three people made up their minds. To see jury members just looking at you as if to say: “You did it”.’
Liam Allan

His lawyers had made repeated requests in the year leading up to trial to see any text messages or social media correspondence in police possession. The police told them any messages were ‘too personal’ and ‘just girly chat’.

‘On the first day, we saw that they were including texts as part of their prosecution evidence,’ Allan recalls. ‘To our thinking, those texts must have been the only ones then that they could find.’ Julia Smart, Liam’s barrister, asked again to see the downloaded texts. They were assured that the disc had been reviewed and it was not disclosable.

A new prosecuting barrister, Jerry Hayes, was instructed and a further request was made to see the disc. The disc was eventually disclosed to the defence and the case was adjourned for a day.

‘We thought there’s not going to be anything on it. We were told in court there were 2,000 messages. Turns out there were, and I will never forget this number, 2,418 pages of text messages and 30 per page. When you do the maths on it, that means there were about 60,000 plus. Julia was up till 4AM reading them. I was up until a ridiculous time too.’ Allan is incredulous that the withheld the messages on the grounds that they were ‘too personal’. ‘A rape case is very personal,’ he says.

The messages seriously undermined Allan’s accuser’s account. Jerry Hayes told the judge that this was the most appalling failure of disclosure that he had ever encountered. The prosecution barrister had been told by the officer in charge of disclosure that he had seen the material but that it was ‘clearly not disclosable as it just contained very personal material and nothing capable of undermining the prosecution case or assisting the defence’.

‘The system nearly failed,’ Hayes later said. ‘This is a criminal justice system which is not just creaking, it’s about to croak.’

It must be saddening to know that that criminal justice system, that Allan was studying, could so glaringly fail him. ‘Originally I wanted to be part of the system, but then you think ‘maybe not’,’ he replied. ‘I don’t want to be part of a culture that does this to somebody.’

Liam Allan has accused the police and CPS of chasing rape convictions ‘like sales targets’. ‘This is what I believe genuinely happened,’ Allan tells me. ‘I don’t they think they bothered reading it properly. I think they just pushed it aside and thought: “Let’s just run the risk that there is nothing in there.’ He adds that ‘it’s either that or that they did read it and knew how valuable it was to defending me and proving my innocence so cherry picked what they needed but hid the rest.’

The trial was over. Liam Allan was not going to prison for up to 15 years nor was he going to be placed on the sexual offenders register for the rest of his life.

But his ordeal was not over. 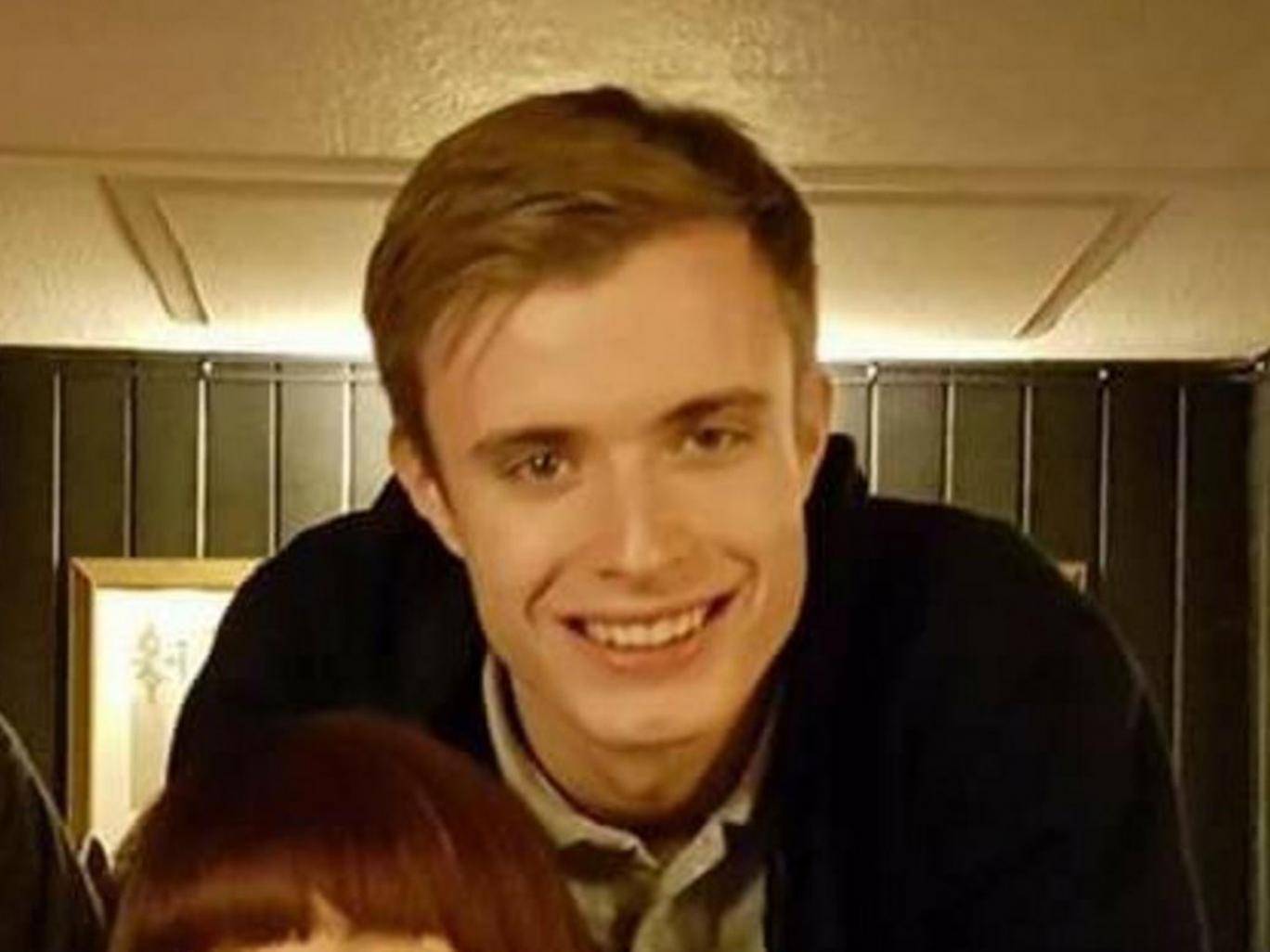 ‘We were told [the story might be in] one newspaper,’ Liam Allan recalls. ‘We woke up in the morning and it was everywhere. It’s surreal… Then you start to get phone calls from reporters. We had hundreds and hundreds of messages.’

The student went on to appear on ITV’s This Morning, Sky News and the BBC among others. Some journalists were sympathetic, some not so; and Allan felt others were trying to provoke a reaction. ‘I know I won’t react. I’m a calm person, but you know your mum’s life isn’t going to be the same. They’ll try to break one of you.’

Journalists used photographs from his FaceBook account without his permission and comments from three or four years ago were attributed as ‘quotes from Liam’. ‘I had to delete any photo of me with a girl on Facebook because people would find it and think it was the girl that accused me. I had somebody message me saying they had figured out who it was. They hadn’t. It was just a guess. But it’s dangerous and verges on harassment for those girls.’

As we talk, Allan scrolls through his Facebook messages and reads some out. Many are supportive; some not so; and others are frankly strange. Most come from people who find themselves caught up in the same nightmare. They looking for advice, anything to prove that they, their son, brother or husband is innocent.

Liam Allan wants to turn such an horrendous experience into something positive. He talks about setting up a support group. But he adds: ‘I don’t know how to do that. I’m really young to have that sort of responsibility.’

He recalls how often people tell him: ‘I bet you must be so glad it’s over.’ ‘From the outside, it looks done. You should be able to wash your hands of it. You’ve been exonerated and can move on. That’s never going to happen. I think I have come to terms with that.’

Calum McCrae met with Liam Allan as part of a podcast about miscarriages of justice in the UK. The podcast, which will discuss the recent disclosure crisis, will be available on thejusticegap.com in the near future.

Liam Allan warns of disclosure failures over plans to give…
Police warned about holding ‘excessive amounts’ of sensitive…
Twice as many cases collapsed last year over disclosure…
Police have digital backlog of more than 20,000 devices…
Lavinia Nourse: 'I desperately want the law to be changed'