More than 150 wrongly convicted people exonerated in US last year

More than 150 wrongly convicted people exonerated in US last year 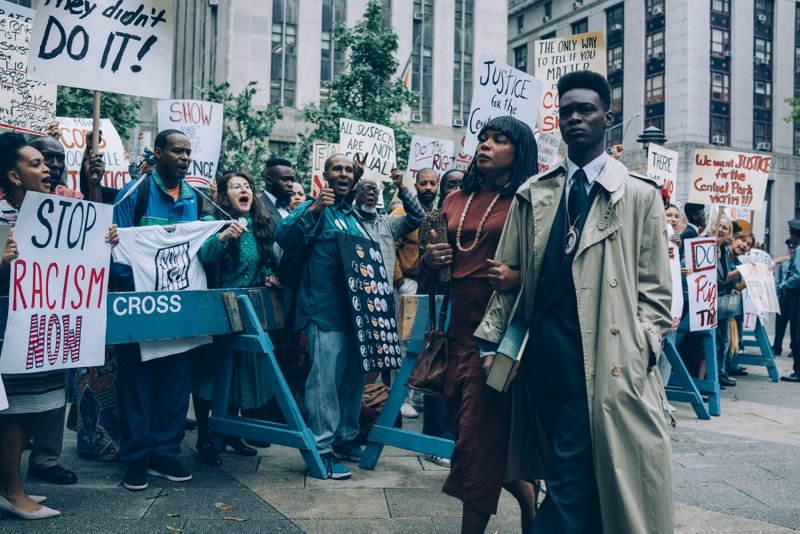 When they see us': The Netflix series dramatised the Central Park jogger case

More than 150 wrongly convicted people in the US had their names cleared last year having served a total of 1,639 lost years – an average 10.9 years each. According to the new figures released by the National Registry of Exonerations, most exonerations last year were for violent crimes, especially homicide which accounted for 46% of the total number. Of a total 151 exonerations in 2018, three men were sent to prison in the 1970s including Richard Phillips who spent more than 45 years in prison for a murder that he did not commit. Drug crimes accounted for almost 70% of all non-violent cases of which there were 48 exonerations in total.

The registry is run by the Newkirk Center for Science & Society at University of California Irvine, the University of Michigan Law School and Michigan State University College of Law. It was founded in 2012 together with the Center on Wrongful Convictions at Northwestern University School of Law. It record details of exonerations in the US since 1989.

The report highlighted the Sergeant Watts scandal in Chicago where 31 defendants were exonerated after severe police misconduct was uncovered. The defendants had been framed by Watts’ team on drugs and weapons charges. As a result, Illinois had the most exonerations by far in 2018 with New York and Texas were placed  joint second.

At least 107 exonerations in 2018 were linked to official misconduct including 79% of all homicides. The report explains that this official misconduct ranged from ‘police officers threatening witnesses, to forensic analysts falsifying test results, to child welfare workers pressuring children to claim sexual abuse where none occurred’.

The most common misconduct involved officers and prosecutors concealing exculpatory evidence. Besides police misconduct, the other primary reasons for succeeding in exonerations included mistaken eyewitness identification, false confessions, and perjury or false accusations – the latter two for which there was a record 111 cases.

The report highlighted the contribution of ‘professional exonerators’ including innocence groups which secured 86 exonerations in 2018 and conviction integrity units based in District Attorney offices which secured 58. Conviction integrity units are a part of prosecutorial offices focused on preventing, identifying and correcting false convictions whilst innocence groups are NGOs dedicated to securing exonerations of those wrongfully convicted.

There was collaboration between the two groups on 45 exonerations last year including the 31 Watts exonerations and were together responsible for two-thirds of all exonerations in 2018 (66%). Last year saw a proliferation of conviction integrity units indicating a willingness by prosecutors’ offices to identify and rectify wrongful convictions. 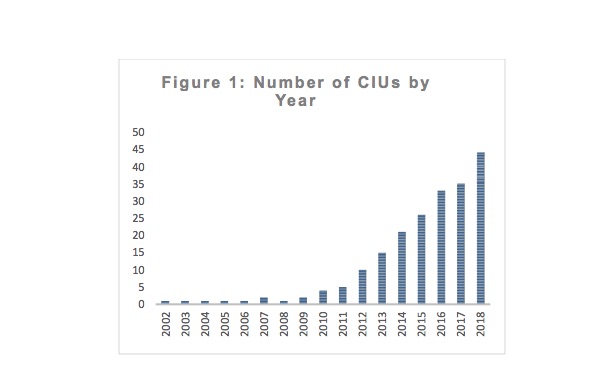 According to the report, securing representation from an innocence group is often a falsely convicted defendant’s ‘only hope’ to establish innocence. ‘Unlike conviction integrity units, however, innocence organisations must usually reinvestigate convictions from scratch with no authority to subpoena witnesses or documents, or to test physical evidence,’ the register notes. ‘And, of course, they lack the power to remedy wrongful convictions directly. Units, by contrast, are run by prosecutors who do have that power.’

The report notes that only 44 out of 2,300 prosecutorial offices in the USA have such a unit. Five units have been open for five years or longer and yet to deliver a single exoneration. As the report notes: ‘A dearth of exonerations could in theory be evidence of a highly accurate adjudication process stretching back 20 or 30 years that produced few false convictions, but that is deeply implausible.’

Less than than half of exonerees received compansation (as reported on the Justice Gap only five people in the UK has received compensation in the last five years). It is reported that state and local governments paid more than $2.2 billion in compensation. For those who did receive compensation, the average pay out was $220,000 per year in prison.

A new study suggests TV programs about wrongful convictions such as the Netflix series When They See Us and Making a Murderer as well as the podcast Serial do more to shift public opinion ‘than facts or statistics’. Jon Robins reports

‘Advocacy organizations often want to know: “How do we persuade people to care about this issue and support policy reforms?”’ commented Kevin Mullinix, assistant professor of political science at the University of Kansas. ‘Our study would suggest that if you want people to support policy change, then you probably want to communicate accurate information through narratives and stories.’

You can read his an article with Robert Norris (author of “Exonerated: A History of the Innocence Movement”) which in the Journal of Experimental Criminology Framing Innocence: An Experimental Test of the Effects of Wrongful Convictions on Public Opinion.

Mullinix notes that (according to the National Registry of Exonerations) nearly 2,500 people in the US were exonerated after being found guilty of crimes they did not commit over the last 30 years. ‘When we give people numbers about a society, they think broadly, and it impacts things like their trust in the justice system,’ he said. ‘When we give them a narrative such as ‘When They See Us’ that elicits emotional reactions, they get concerned and actively want change.’

The research draws on two surveys of more than a thousand people examining how wrongful convictions affect public opinion.

Number of convicted criminals being sent straight to…
'Victimised twice over: once by the court and then…
400% rise in use of Section 60 stop and search powers
70% drop in number of children arrested since 2010
'Shameful': Just £10,000 paid out to victims of…