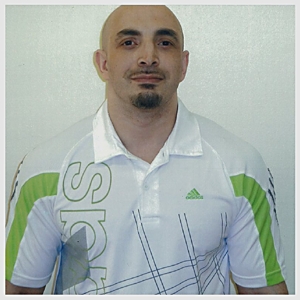 Omar Benguit has now spent more than 5,000 days in prison for the murder of Oki Shin. The crime itself is utterly tragic. A young Korean female died after being stabbed on her way home from a nightclub in Bournemouth in 2002.

I would argue that what followed was a second tragic series of events that has made a mockery of justice. I am currently investigating Omar’s case and am convinced he was wrongfully convicted.

The investigation into the case of Omar Benguit was flawed from the start.

Dorset police initially focused their interest on men in Oki Shin’s circle of friends, but this changed six weeks into the investigation after the police arrested a crack addicted prostitute for shoplifting. She claimed that three men had flagged her down when she was driving her car that night, asking for a lift to a crack house a few miles away.

On her account, several car trips took place that night, including a detour to murder Oki Shin; stop-offs at various locations with the assailant covered in blood; and a quick visit to a crack house before disposing the knife and bloody clothes in the river Stour. She claimed  that the three men had also subjected her to a particularly vicious rape inside the car involving a variety of tools from the car’s tool box. During interviews with the police, the woman identified the three men who had been in her car that night, including Omar, who she claimed was the one who had killed Oki Shin.

They were all local drug addicts and known to the police.

So much about the case didn’t – and still doesn’t – add up. Not least, that there was no physical evidence to link Benguit or the others to the crime scene, the victim, the car, the toolbox or to  the ‘witness’ herself.

A retrial took place in 2004 and this time the jury acquitted Benguit of rape and the second man of assisting an offender. The jury also failed to reach a verdict on the murder charge. At this point it had emerged that the second man had been caught on a speed camera, driving his own car miles away at  an important time of the night.

Conclusive proof, you might think, that the prosecution’s star witness was lying.

Despite this, there was a third trial on the murder charge, after special permission to hold such a trial had been granted. This third jury found Benguit guilty in January 2005. There was an appeal in 2005 – where the court recognised that the case for the prosecution was ‘not supported by any forensic evidence’ – and a second unsuccessful appeal took place in 2014. The appeal court again stated that ‘searches and science did not link Benguit to the murder’ but emphasised that ‘the Crown could point to significant circumstantial support’ for the account of the woman.

Meanwhile she had appeared on the Jeremy Kyle show – the show is still on YouTube – and gave an account of the murder that was significantly different to that given at trial. She had also sold her story to a magazine.

It is a shocking case. I would argue that what remains of the original Benguit case has now been shot to pieces.

But one possibly insurmountable hurdle remains between Omar and his liberty.

In the case of Omar Benguit there are no transcripts of his three trials apart from four pages of the judge’s sentencing remarks in the 2005 trial (available for £1.58 form the court transcription company).

No paper trial
Every hearing in the crown court must be recorded in full. But audio tape recordings of those hearings are destroyed after five years, and digital recordings are deleted after seven years under Ministry of Justice (MoJ) guidelines.

This policy applies to the judge’s summing up which is widely considered essential for any chance of an appeal. Parties can apply to the court where the hearing was held to listen to recordings but copies are not available.

As explained by Jon Robins for the Justice Gap (here), the guidelines were drafted in 1972 and last reviewed in 2011 when proceedings began to be recorded digitally. The retention regime is seemingly at odds with the 30-year evidence retention policy of the National Police Chiefs’ Council (formerly ACPO) in relation to murder cases.

Separately, it is worth nothing lawyers’ client files are frequently destroyed after six years have elapsed. There does not seem to be any clear reason for this. When the Justice Gap looked into this in 2015 the Law Society referred them to the watchdog the Solicitors Regulation Authority saying that they recommended a six-year minimum retention period under the 2007 code of conduct. But the SRA said that this was not the case and it was ‘up to individual firms to decide how long a file should be retained’. ‘This is an issue that we have been asked about time and again by solicitors,’ a spokesman said. ‘There’s no set regulatory requirements for file retention. We expect solicitors to have appropriate arrangements for each client.’

A man can lose his liberty, protest his innocence – and Omar has always insisted that he was falsely accused and fitted up – and there is literally no paper work to document the judicial process that left him doing time in several of the country’s category A prisons after three trials and two failed appeals. We need a proper transparent and accountable justice system.