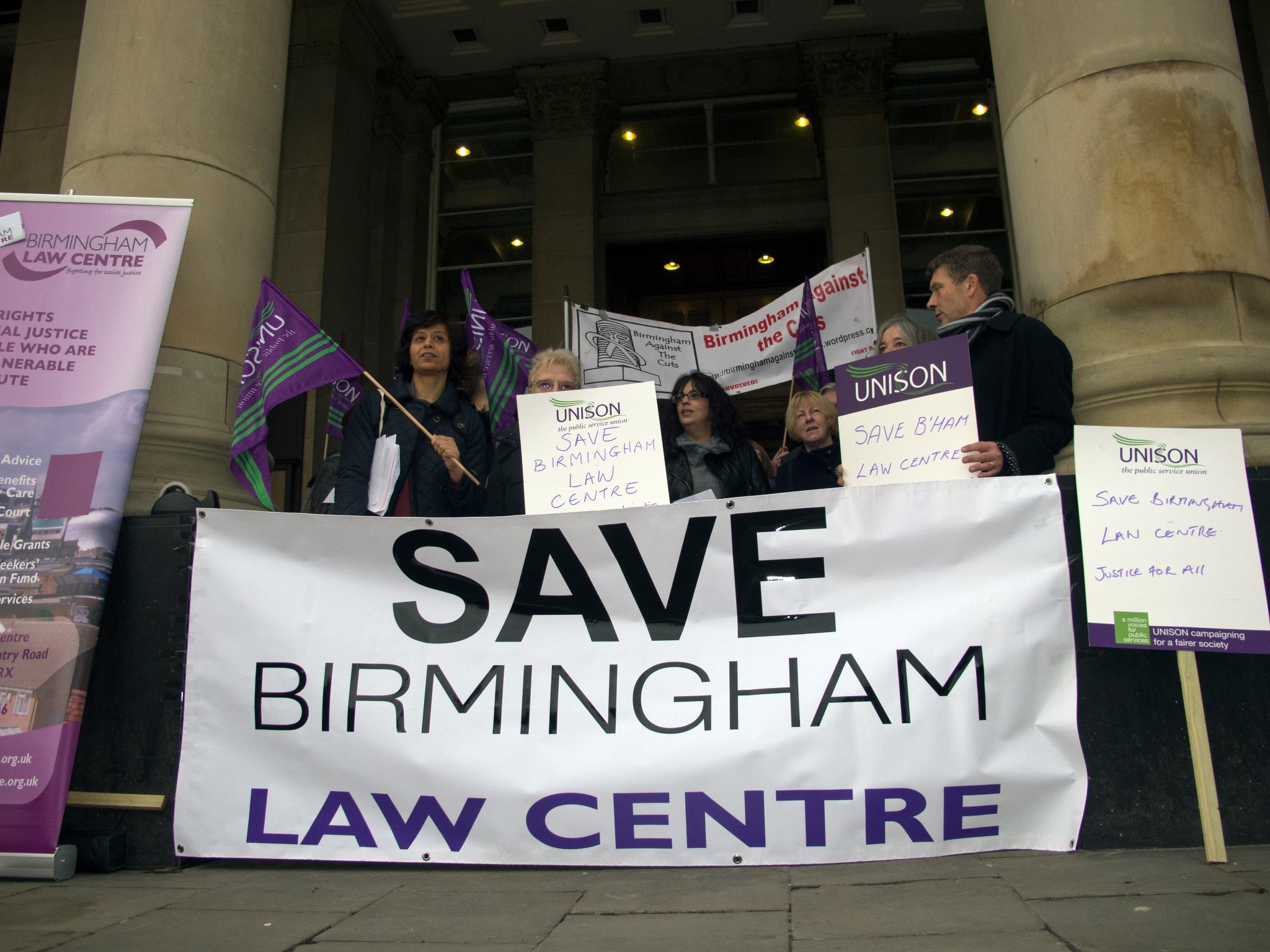 As legal advice for welfare benefits falls out of the scope of legal aid from 1st April, the government forges ahead with its programme of reform of the social security system, writes Michael Bates,a legal adviser at Birmingham Law Centre. Cloaked in the rhetoric of the deserving and the undeserving poor, the argument for change has focused on myths and minority claimants as a way of persuading the public that these cuts are necessary.

The ‘strivers’ are told that the ‘shirkers’ are taking their money and frittering it away whilst doing nothing in return for it.  This is despite the fact that out-of-work benefit receipt has been in long-term decline and is half a million lower now than in the aftermath of the last recession (se PDF). And in the two years up to 2012, 93% of new housing benefit claims were from those who are working.

With the rise of UKIP as a threat to the majorities of Tory marginals, it seems clear that migrants and especially EU migrants are going to face particular opprobrium. This is an argument that we need to regain control of and wrest back from the reactionaries: we are European and we are in the EU; there are rights attaching to our status as European Union citizens; and there is an argument to be had about fundamentally what it means to be European.

But will law centres be able to help shape the response in the wake of the loss of legally aided benefits advice as a result of the cuts under the Legal Aid, Sentencing and Punishment of Offenders Act 2012?

M has been a client at Birmingham Law Centre since late last year when we successfully assisted her with a review of the decision to refuse her homelessness assistance. Tragically widowed when her son was a few months old, she had spent more than three months in emergency Bed and Breakfast accommodation before signing a tenancy agreement on a flat in Birmingham.

Although clearly ecstatic to be leaving the hotel she had been staying in, M came to see us scared and anxious as to how she would be able to move in to and maintain her new tenancy.

This is because she is a Zambrano carer. Born outside the European Union, M is the primary carer of a British citizen child and should, according to the European Court of Justice in the case of Ruiz Zambrano, be allowed to work or to access benefits in order to give meaningful effect to her son’s rights as a European Union citizen.

M was referred to us by our colleagues at the Asylum Support and Immigration Resource Team (ASIRT), a grassroots OISC registered agency providing free legal representation to those without the means to pay. In a pincer move, the assault on legal aid will mean that the Law Centre will be unable to help and those deemed ‘undeserving’ will be ever more reliant on such precariously funded organisations.

The government continues to act irrationally around its responsibilities to British children such as M’s son, and has granted Zambrano carers the right to live and work in the UK, while denying access to public funds. Even if she were able to find a job and secure suitable childcare for her two-year-old, M is not going to be able to earn enough to feed, house and clothe herself without the kind of help that everyone else gets from in-work benefits like tax credits and housing benefit.  Her child – who, let us not forget, has full British citizenship rights – will be brought up in severely impoverished circumstances and will be considerably disadvantaged in relation to other British children.

We have assisted M with an appeal of the decisions to refuse housing benefit, child benefit and income support, but these benefits will clearly not be available to her in the short term as the government continues to resist access to benefits for Zambrano carers. In the mean time, Birmingham City Council Children’s Services are picking up the pieces, covering rent and £70 per week financial support. This is equivalent to approximately 50% of subsistence level benefits.

The courts continue to grapple with the meaning of Zambrano as the government resists its full implementation.  Like other Zambrano carers we know at Birmingham Law Centre, M wants to work but is hamstrung by the prospect of not being able to earn the kind of salary that will cover her rent and living expenses without financial support from the state: the kind of support available to other low income British families. How long will the government be able to sustain the argument that Zambrano confers a right to reside and a right to work but no right to benefits, consigning potentially thousands of British citizen children to decades of poverty and marginalisation?

It must be remembered that the presence of families such as M and her son is not transient; there are no prospects of such families ever being ‘removed’ from the UK, at the UK Border Agency’s administrative convenience. They are here to stay, making the Government’s attempts to enshrine their social exclusion in statute particularly iniquitous.

In the meantime Birmingham Law Centre is in the High Court for the final hearing of the judicial review of the decision to refuse interim payments of benefit to a Zambrano carer.  Sanneh v Secretary of State for Work and Pensions will be heard on March 11 and 12 and we hope to be able to secure an interim entitlement to benefits whilst this thorny issue is properly decided by the courts.

Will we be able to continue to provide the kind of all round service that includes legal advice on welfare benefits?  Who knows?  Birmingham Law Centre nearly went out of business in January and faces a very uncertain future.  Like many other law centres, closure is a very real possibility and the loss of meaningful benefits advice at a time when the full horrors of welfare reform are becoming clearer seems almost inevitable.