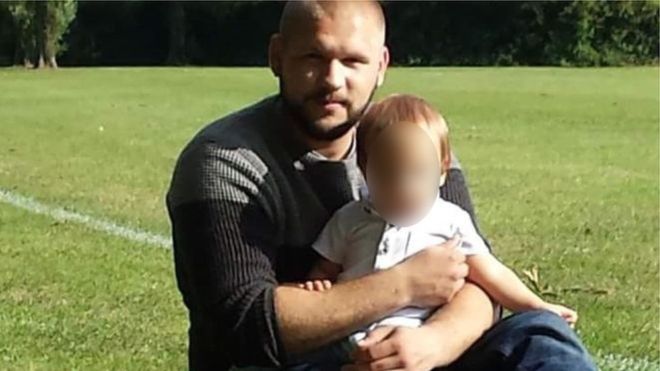 Families of loved ones who died in custody appeared before the House of Commons’ joint committee for human rights yesterday as part of their inquiry into whether prison is the right place for vulnerable offenders.

‘Prison is not a place for mentally ill people; it’s a trigger,’ the mother of Diane Waplington, told the committee. Diane Waplington had been in and out of mental health institutions for more than 14 years. She was moved from Bassetlaw Hospital to HMP Peterborough after setting her hospital bed on fire. She suffocated herself with a plastic bag in May 2014.

The MPs also heard evidence from the family of Dean Saunders who, after being remanded in custody following an attempt on his own life after a paranoid episode, electrocuted himself at HMP & YOI Chelmsford last January. He had been showing signs of acute mental illness before his detention and made attempts on his life during his time in custody. ‘Someone as ill as Dean didn’t deserve to be in prison,’ his mother Donna Saunders said. ‘That’s now forever on his death certificate. It says “Chelmsford Prison”. That’s wrong.’

‘We fought and saved him that night at home. Part of us wishes we didn’t. Because all we did was get him locked away for two and a half weeks on his own until they let him do it again.’
Donna Saunders, mother of Dean

Levels of suicide in prison are now at a ten-year high, and a prisoner dies by suicide on average every three days. The number of prison suicides has risen exponentially, from 58 people in 2011 to 113 in 2016. The rate of suicides in prison is much higher than amongst the general population, with 120 deaths per 100,000 compared to 10 deaths per 100,000.

The families were accompanied by Deborah Coles, director at the INQUEST. Speaking earlier in the year, Coles blamed the latest figures on the rising death toll in prisons on ‘the grim reality of overcrowded and dehumanising prisons and the failure to protect those in their care’. ‘Inquest after inquest highlights the same systemic failures. Countless investigations, prison watchdog reports and reviews recommend solutions to protect the health and safety of staff and prisoners that are systematically ignored,’ she said. ‘This broken system cannot deal with societal problems of mental and physical ill health, addictions, poverty and housing.’

In January this year Nigel Newcomen, the Prisons and Probation Ombudsman said Dean Saunders had been at a ‘high risk of suicide’ when he arrived at Chelmsford and identified ‘a number of weaknesses’. An inquest jury found that Saunders took his life when the balance of his mind was disturbed and that the cause of death was ‘contributed to by neglect’. It said his family was ‘let down by serious failings’ in both mental health care and the prison system. The jury said that the private company that ran healthcare at the prison, Care UK ‘treated financial consideration as a significant reason to reduce the level of observations’ despite repeated concerns about his mental health.

Both families testified that explicit signs of mental illness and self harm were ignored by prison staff despite the fact that they were both remanded in custody as a direct consequence of their own mental health conditions. Requests by Dean Saunders for a chaplain to discuss funeral plans and a solicitor to arrange a lethal injection, and Diane Waplington’s wish to speak to the Samaritans, were recorded but not flagged up by anyone in the prison as cause for concern.

Neither Saunders nor Waplington were allowed to contact their families during their detention, despite their requests. The Saunders family only found out from the Prison and Probation Ombudsman (PPO) report that Dean had been asking for their numbers ‘from day one’. Sheila Waplington told the Committee that she had only found out about her daughter’s specific funeral requests at the inquest for her death.

The committee’s chair, Harriet Harman, interjected to say that their right to family life might have been infringed. ‘There is an article in the European Convention on Human Rights, an actual right to family life, and that is your right as well as her right,’ she said.

Both families called for action, not words. ‘They keep saying lessons should be learnt, but they’re not being learnt,’ Dean Saunders’ partner Clare Hobday Saunders told the MPs.

The joint committee’s inquiry into mental health in prisons continues next Wednesday.