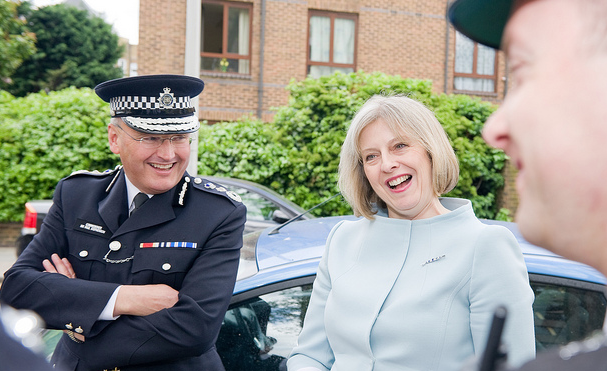 The Home Office has decided to reinstate financial support for trafficking victims after removing it earlier in the pandemic. Modern slavery survivors will receive a reduced rate of £25.40 from 28 August, down from £35 a week, and will backdate payments to July, when support was stopped. Campaigners have welcomed the move but said that support was ‘nowhere near enough’.

The decision was announced on Thursday (and reported by The Independent), only days before the department was supposed to be in court with legal action to reinstate the support payments due to begin next week. Some individuals had their financial support reinstated after challenging the cuts in court but the Home Office refused to reimburse all affected. Lawyers had argued that, in accordance with the law, all potential modern slavery survivors in initial asylum accommodation should have support reinstated.

In 2016 Theresa May described modern slavery as ‘the greatest human rights issue of our time’ and pledged in her first month as prime minister to ‘make it a national and international mission to rid our world of this barbaric evil’. Announcing the changes to financial assistance, the government’s legal department said the court hearing could be ‘vacated’. Rachael Davis from Duncan Lewis Solicitors, the solicitors’ firm behind the legal action, said: ‘Survivors should not have to fight so hard to receive the little financial support to which they are legally entitled. The government left hundreds of survivors of trafficking without any financial support for two months during a global pandemic.’

The Anti-Trafficking Monitoring Group’s project coordinator and researcher Anna Sereni told the Independent the harm has already occurred as the sudden, unexplained slash undermined trust in the support system. While the move was ‘welcome’, Sereni said the money was still ‘nowhere near enough’.

We welcome the re-instatement of payments, but as @sereni_anna says, the sudden unexplained slash in support has already caused harm and undermined trust in a system supposed to provide support. It is unclear why new rates are reduced to less than £4/day https://t.co/TikMfky4lz

During lockdown hundreds of potential survivors of modern slavery were placed in interim housing. With an accommodation shortage many were placed in hotels. Without warning to people placed in this accommodation or their lawyers, in early July their support rates were removed. The Home Office said the payments’ reintroduction followed a review into support available for the group.

The Home Office justified the initial removal of financial support saying that slavery victims accomdated in full-board facilities had all food, utilities, and essentials provided. However, Dame Sara Thornton, the UK’s independent anti-slavery commissioner, spoke of having to provide supermarket vouchers so people could meet their essential needs. Dame Thornton claimed the change would ‘only further exacerbate the vulnerability of victims of modern slavery’, mentioning how the loss of financial support meant one survivor had needed to restort to begging .

The government has defined modern slavery as ‘the recruitment, movement, harbouring or receiving of children, women or men through the use of force, coercion, abuse of vulnerability, deception or other means for the purpose of exploitation’. Before the cuts they provided a weekly subsistence of £35 or £65 a week under the National Referral Mechanism.

Ellie is a second year undergraduate reading History and English Literature at Durham University. She is interested in civil rights and liberties, state intervention, and international law and hopes to be a barrister

Our print magazine is Proof. Contributors include Michael Mansfield QC, Bob Woffinden, David Rose, Eric Allison and Ian Cobain.
Buy Proof Magazine
The latest issue (Why legal aid matters) includes Helena Kennedy QC and Martha Spurrier in conversation, David Conn on the legacy of Hillsborough - plus how to build your own law centre.
Ellie is a second year undergraduate reading History and English Literature at Durham University. She is interested in civil rights and liberties, state intervention, and international law and hopes to be a barrister