Free school meals – and the right to food

Free school meals – and the right to food 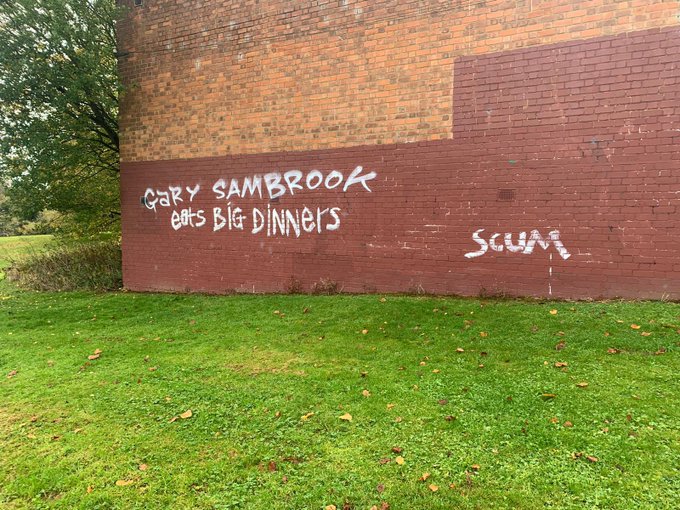 It is not often that anger over social welfare is felt so viscerally across the country. It is not often an issue affecting the most vulnerable group of people in the United Kingdom unites businesses and campaigners and footballers and graffiti artists in Birmingham Northfield who proclaim the size of their MP’s dinners to the world.

But the issue of free school meals for children over the half-term appears to have done just that. The idea of children going hungry during a pandemic has struck a resonant chord. A petition to end child food poverty has attracted over a million signatures, a GoFundMe page called ‘The Hungry Children Christmas Fund’ raised over £100,000 in just four days – and naturally, human rights campaigners are raising the question of what UK human rights law can do.

Earlier this month, I received a phone call from a person volunteering for a Mutual Aid Group where the local authority were stopping their food parcels, and telling former recipients that they could rely on the Mutual Aid Group’s limited resources. She was in disbelief that there was nothing that could be done, no method of legal recourse. ‘Surely,’ she kept saying, ‘surely it can’t be allowed to happen?’

Surely children couldn’t be left starving, and immigrants without recourse to public funds – a concept our Prime Minister appeared to be blissfully unaware of midway through the pandemic – couldn’t be left without the means to buy food. It is a question that has been asked by many not only during the pandemic, but through years of austerity as an estimated 2.2. million people have become severely food insecure. It is in our nature, when we see things go wrong, to think that surely the law cannot allow it, that judges must do something about it. Especially Human Rights law – after all, the right to life is enshrined in its text. It would seem logical to assume that this entails a right to food.

But outside situations where a person is directly under state care, it would appear at first sight that this is not so. The United Kingdom is bound by a number of treaty obligations to ensure that people have access to food: by the Universal Declaration of Human Rights, by the Convention on the Rights of the Child 1989 – by the International Covenant on Economic Social and Cultural Rights, whereby according to a UN review, the UK is dangerously close to breaching its obligation to provide access to food. But nothing justiciable in the UK. Nothing that can prompt an order from the courts.

There has been reluctance, too, to extend the UK’s human rights framework to include a right to food. Judges as a rule are uneasy in allocating rights under the Human Rights Act where state benefits are concerned. How the government chooses to allocate its resources is a political concern, is the general argument, and local authorities should be left to get on with their jobs without having to worry about the Administrative Court looming over their shoulder.

The most recent attempt to argue for a civil right to social housing failed in 2017, where a Human Rights Act claim against Kensington and Chelsea’s method of housing allocation was dismissed. The judgments across the cases have been clear: the judge must not attempt to run the welfare state from his court room. And on a more practical note, deploying section 6 of the Human Rights Act, which maintains that it is unlawful for a public authority to act in a way which is incompatible with a convention right, for high-profile political disputes, is a risky process. The closer it involves the government, the more likely the government are to say that perhaps we no longer need the Human Rights Act, that it has merely given judges the opportunity to make politically biased decisions.

In the current climate, where the Home Secretary herself sees no problem criticising ‘activist’ lawyers for doing their jobs, it would be almost inevitable. Perhaps the most obvious example in recent years is the bedroom tax case. There was no doubt that the situation the applicants found themselves in, where they were receiving housing benefit as a direct result of the wife’s disability, was in breach of the couple’s right to a family life under the Human Rights Act. But the narrow reasoning of the case, confining it to families who found themselves in a similar situation, is a testament to how delicately the judges were operating. Fools rush in where Justices of the Supreme Court fear to tread.

And yet. There is the inescapable problem that judges are human. And that sometimes, it is difficult for any human to sit and listen to someone who has suffered whilst the government or local authority has sat by indifferent, only to tell them that there is nothing that can be done. And in the common law, these moments of sympathy and of hesitation bleed through into precedent. As law students, we are told this is bad decision-making. That: ‘Hard cases make bad law’. Of course, it might alternately be argued that if the law allows a person living in the United Kingdom’s situation to become so desperate that they would be equally well off with no state support at all, it cannot be good law.

And it has been. In Tsfayo, where the court’s view of an applicant hopelessly entangled in bureaucratic knots with a biased local authority determined to find against her at all costs fed into the recognition of a civil right to Housing Benefit for the purposes of Article 6 of the Human Rights Act. In Bernard v. Enfield London Borough Council, where a disabled woman housed in unsuitable accommodation was forced into such dire conditions that the judge’s horror at her situation and at the callousness of the local authority runs like a thread through his finding of a breach of her article 8 right to a family life. And, most importantly for the current debate, in a case called Limbuela, where Lord Bingham held that whilst there could be no general public duty generated by the article 3 right against inhuman and degrading treatment to provide for the destitute, ‘a threshold may be crossed if a late applicant with no means and no alternative sources of support…is by the deliberate action of the state, denied shelter, food, or the most basic necessities of life’.

With each case, there is a subsequent retreat. Subsequent applications and appeals citing them as precedent dismissed, carefully working around the wording of the judgment until the case is confined to its original facts. But in each, the genie is let out of the bottle. The issue will not be put to bed. And we are confronted with the issue we face today: has the threshold been reached? Has the situation foreseen by Lord Bingham come to pass? In the new context provided by the Coronavirus Act, it is certainly arguable that if the government deliberately creates policies which keep people out of work, and thus keep children from accessing food, their failure to provide an alternate means for those children might amount to an illegal breach of those children’s article 3 right against inhuman and degrading treatment.

If it does come to this, it will be a test of all concerned. For the courts, to effectively take on a policy from a government with unprecedented levels of hostility towards lawyers and the judiciary. To cut through the political disagreement and get to the heart of the jurisprudence, and whether the combination of the law and government inaction constitute a violation of the article 3 right. If they do, it will be a line drawn in the sand, a firm demarcation beyond which the ideology of austerity can go no further without breaking the law. And if it comes, it will most likely come as a result of an applicant child forced into such desperate conditions that few judges could stand to see the law permit them.

But it will also be the test of this government. A government that has ignored high-profile campaigns, and pleas from parents, and relentless, negative press coverage. A government that has shown no inclination to listen to lawyers save when those lawyers say what they want to hear, and has shown itself to have no qualms about putting itself in violation of its obligations under international law. It will be a test of whether a finding of a breach of the human right against inhuman and degrading treatment, the right historically used to protect citizens against torture and abuse from the state, will be enough to make them stop.

Child poverty to hit record levels within the next…
Watchdog calls on ministers to up prisoners' daily…
Truancy should be a 'child welfare issue', say researchers
Study: Nine out of ten children in justice system…
At least 6,000 children a year denied legal aid