Episode 8: ‘No case to answer’

Episode 8: ‘No case to answer’ 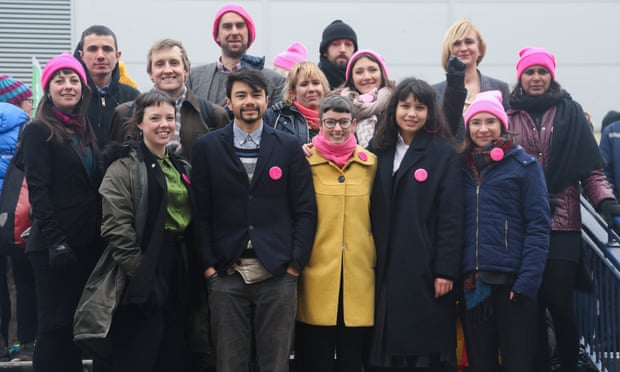 One early March morning almost four years ago, 15 protestors broke the perimeter fence and entered a remote part of Stansted airport where a Titan aircraft was set to deport migrants to Nigeria and Ghana. The group were trying ‘to prevent deportees being killed’ and spark a debate about the morality of the Home Office’s use of chartered flights. They would end up being charged under legislation intended for terrorists.

In this week’s episode of The Justice Gap Podcast, we hear from Emma Hughes, a member of the Stansted 15, and the group’s lawyer Raj Chada, as we discuss the protest itself, the importance of protecting the right to peaceful dissent and last month’s successful appeal that brings to a close the 4-year ordeal.

Of course, the group expected some level of action to be brought against them and so it came as no great shock when they were charged with aggravated trespass and minor breaches of airport byelaws.

But then the charges were changed.

Raj Chada of Hodge, Jones and Allen, tells podcast producer Calum McCrae that the group suddenly faced new charges under the Aviation and Maritime Securities Act 1990 – legislation enacted in light of the Lockerbie bombing: ‘I’ve been doing this job for 20 years, never before has an offence started off with a maximum 3 month imprisonment, where the same conduct justifies a new charge where the maximum sentence is life.’

And the effects were profound. Emma Hughes of the group that became the Stansted 15 describes the trauma. ‘It was an incredibly hard and painful thing to go through,’ she says.

With the swell of support the Stansted 15 received, they avoided jail and have now had their convictions overturned. The group were lucky, says Hughes. The migrants fighting to remain in the UK less so – trapped ‘in a system that is deliberately designed not to work’.

Chada argues that that the actions brought by the CPS, authorised by the Attorney General, are part of ‘dreadfully concerning trend’ motivated by a desire to ‘crackdown on peaceful dissent against deportations’.

Of the 60 people who were set to be deported on that flight in 2017, 11 now remain. The group continue to campaign about the UK’s treatment of migrants.

You can listen to the compelling story above, or wherever you get your podcasts.

Do you have a powerful story or are you interested in sponsoring the series? Then email jon@thejusticegap.com.

Stansted 15 win 'victory for protest rights'
'A chilling effect on noble tradition of dissent': 'Stansted…
'History shows law and justice are aligned only after…
#Jamaica50: ‘My kids are British nationals. Why should they…
Episode 7: 'Truth and lies about modern slavery'