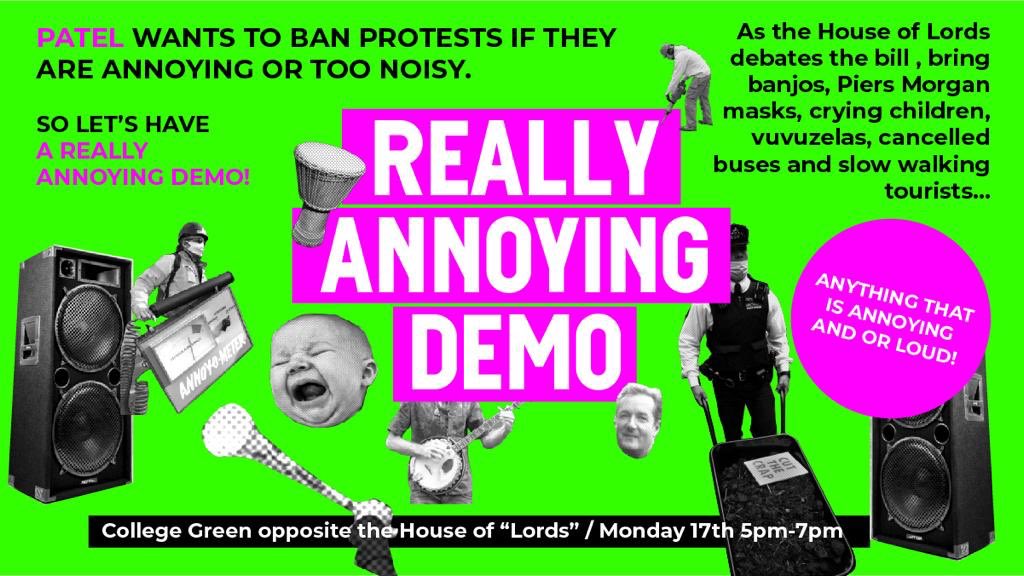 Climate activists have redoubled their efforts to quash the controversial policing bill calling on Labour to vote against the legislation when it comes before the commons.

Campaign groups including Extinction Rebellion and Greenpeace have called on Keir Starmer to whip MPs to vote against the bill, which they say ‘gives the government unprecedented sweeping powers to restrict everyone’s right to stand up for what they believe in’.

A member of the youth climate justice group, Green New Deal Rising said young people concerned about the climate crisis ‘need to be able to protest … to hold our leaders to account. Instead, this bill aims to put limits on public campaigning, pulling power away from people and further concentrating in the hands of a few’.

The ‘oppressive’ limit on protests outlined in the Police, Crime, Sentencing and Courts Bill was in part in response to action by Extinction Rebellion in 2019. Cressida Dick said at the time that the two weeks of protests had ‘placed a horrendous strain on London and on the Met’. The Bill puts forward new powers for protests and demonstrations of this kind to be banned if they were considered to be ‘seriously disruptive’.

Further controversial aspects to the bill have been introduced as amendments in the Lords, including 51-week sentences for protestors who attach themselves to other people, land or infrastructure, and expanded stop and search powers. The amendments were put forward in the wake of mass disruption caused by Insulate Britain protestors, with critics cautioning that the Home Secretary was emboldened to further curb the right to protest by some public outrage at the group’s methods.

The government’s knee jerk reaction to increased climate activism has been roundly criticised. Freya Tischkowitz, one of the leaders of the school strike movement said this week ‘instead of deciding to listen to what we and the scientists are saying about how we need to radically change course to avert climate catastrophe, the British government decides the best thing to do is to lock us all up to avoid us ruining its image as a “global climate leader”’.

On Monday the Lords will vote on amendments to Part 3 of the Bill which contains the provisions around protests and demonstrations, before it returns to the Commons. Green party peer Jenny Jones said on the fight ahead ‘if a rebellion by the Lords in defence of civil liberties has any chance of defeating these police state laws, then we need the Labour party to join those of us who plan to oppose the government’.

‘These draconian laws, that will make effective protests illegal, should be seen as part of the attack on our democracy designed to keep a corrupt government in power and minimise opposition.’
Jenny Jones

Popular opposition to the Bill remains high as a joint petition by a coalition of human rights, civil liberties and protest groups this week reached 750,000 signatures. A national day of action organised by the Kill the Bill coalition is planned in cities across the UK this weekend.

Government accused to 'trying to put itself above the law'…
Climate change protesters win High Court challenge against…
Excessive use of force at Sarah Everard vigil a 'timely…
'Unnecessary and counterproductive': Human rights…
'If there was any justice, Cressida Dick would have taken…