REVIEW: As someone who works in the grim and often harrowing world of child abuse and it consequences I am always reluctant to read books about it when I’m not at work. Why would I?

The consequences of these vile crimes against children and young people often last a lifetime and as a survivor I can bear testimony to that. So when Richard Scorer’s book Betrayed about the crisis in the Catholic Church in the UK landed on my desk I was hesitant to pick it up. But pick it up I did. I read it too. I didn’t learn a great deal more about the consequences of these crimes but I learnt a lot  about the way in which one institution, the Church of my upbringing, had continuously refused to acknowledge the harm done and avoided taking any sort of responsibility for those employed within its ranks who abused.

Richard, at the start of the book, acknowledges, quite rightly, that the vast majorly of priests and clergy do not abuse children. He was right to do that but the Church, in common with most of society, has preferred to bury its head in the sand and hope that the victims would go away.

His examination of many cases and his thorough investigation of them reveals a deep malaise in the Church which I know many people are now working hard to address. But for many it comes too late. To be denied your truth and support by an Institution that purports to be the Universal Church of Christ Jesus is a hard burden to bear for many and too many survivors of abuse end up dying or even taking their own lives before there is any sort of justice.

I rarely say a book is hard to put down but I actually found myself riveted to this and would urge anyone interested in how one large institution has avoided the issue of child abuse to read it. However, I think it fair to say that in recent years the Catholic Church in the UK seems to be doing far more to address it’s murky past than many other institutions. Indeed, as I write I am waiting for an explanation as to why a corporate lawyer, an expert in ‘privatisations’ has been put in charge of a serious investigation of child abuse allegations that go right to the heart of Government and Westminster (Fiona Woolf). The powers that be hope, I suspect, that survivors of these crimes will be worn down and go away. The Catholic Church has learned that this is not going to happen and surely it’s only a matter of time before our Government realise that too.

Our print magazine is Proof. Contributors include Michael Mansfield QC, Bob Woffinden, David Rose, Eric Allison and Ian Cobain.
Buy Proof Magazine
The latest issue (Why legal aid matters) includes Helena Kennedy QC and Martha Spurrier in conversation, David Conn on the legacy of Hillsborough - plus how to build your own law centre.
Peter is chief executive of National Association for People Abused in Childhood (NAPAC) 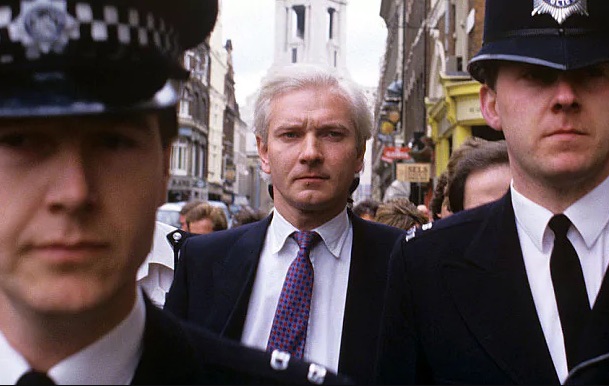 'Nick' to be charged with perverting the course of…