Capacity and crochet : Unpicking the truth of mental capacity and the law 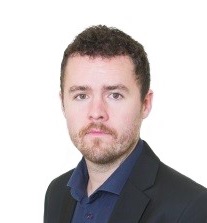 Capacity and crochet : Unpicking the truth of mental capacity and the law

As a solicitor specialising in Court of Protection matters, I meet clients in hospitals, care homes and, unfortunately, prisons. As you would expect, I ask to speak with my clients in private. As I have now grown to expect, my request is met with a moment of confused hesitation, a narrow-eyed glance of suspicion, and the old adage ‘…but they don’t have capacity.’

Of course, it is right for those supporting and caring for my clients to exercise caution. They must screen for unscrupulous solicitors, whose folders may contain dangerous documents awaiting the signature of vulnerable patients.

Such fears are entirely warranted. I have uncovered Lasting Power of Attorney (LPA) documents and Wills drafted by dubious solicitors and ‘signed’ by incapacitated patients. These documents represent some of the most powerful and dangerous instruments a person is ever likely to encounter. I do not doubt the need for caution, nor the noble intentions of those whose suspicions I rouse. I do, however, object to the oversimplification of mental capacity itself.

It may seem reasonable to assume that a person either has mental capacity or they don’t. However, to say a person ‘lacks capacity‘ is to make half a statement. It begs the question: ‘lacks capacity to do what?’

In the context of the Court of Protection, the protected party (referred to as ‘P’) generally lacks capacity to make financial and/or medical decisions. The scope of P’s incapacity is defined by the Court; the Deputy is obliged to make only the decisions that P is unable to make for themselves. The overriding principle governing every decision is that it must be in P’s best interests: a concept elegantly simple in theory and incomprehensibly complex in practice.

I think about this complexity as I admire the crochet flowers that adorn the table beside my client, Joan. I do not have the capacity to crochet. Joan does.

Joan had answered the door with a smile of recognition, had invited me in and was making enquiries about how I liked my coffee before I managed to interrupt her and introduce myself. This was our first meeting.

People with cognitive difficulties tend mask their symptoms, many so effectively that they evade diagnosis for months or years. It perhaps speaks to the taboos surrounding such conditions that people would hide their suffering. For some, embarrassment is the motivation. For Joan, I suspect she simply does not wish to be rude.

Now sitting in Joan’s living room, after having introduced myself and complimented her on the fabric flowers, the topic of conversation turns from crochet to capacity. I ask what she recalls about the recent Court hearing and she insouciantly responds that she doesn’t know much about it ‘off hand.’ I remind Joan that she had signed an LPA appointing a ‘new friend’, Wendy, to make decisions on her behalf regarding finances and welfare.

Wendy and Joan had met at a cafe in the local market. Three months later, the Office of the Public Guardian, the body who register and oversee LPAs and Deputyships, received an LPA in which Joan gave full authority to Wendy to make decisions regarding Joan’s property, finances, health and welfare. Joan does not recall signing the LPA, nor her reasons for appointing Wendy.

The Court had concluded, with the aid of a psychiatrist’s report, that Joan did not have capacity to draft the LPA appointing Wendy. Further, evidence was submitted that Wendy had preyed upon Joan’s anxieties and dementia-related delusions regarding her property and finances. Joan’s hospital notes refer to a ‘new friend’ who had visited Joan to warn her that, if she didn’t sign some documents, all of her money would be sent abroad.

I reassure Joan that the court has now revoked the LPA and has appointed a professional deputy in place of Wendy. I wanted to further reassure her that I would make sure her property and finances were protected. Unfortunately, I couldn’t. Hidden in my folder of papers was a copy of the Land Registry document for Joan’s home, in which she had lived in for the past several decades, the mortgage for which she had proudly paid with her nurse’s salary. The awful truth was that the house in which we sat, the home in which Joan spent her time crocheting, no longer belonged to Joan at all.

My investigations had revealed that Joan, whist in hospital, had signed four documents. The first was the LPA appointing Wendy to make decisions regarding property and finances. The second was an LPA appointing Wendy to make decisions regarding health and welfare. The third was a TR1 form which transferred Joan’s ownership of her home into the sole name of Wendy. The fourth: a brand new Will in which Wendy was the sole beneficiary of the entirety of Joan’s estate.

With constant reassurances, I ask Joan about decisions she had made. Without exception, Joan recalls not one of the enormous decisions nor documents. I ask whether Joan owns her property and she proudly confirms that she does. I ask what she’d like to happen to her property after she passes away and she tells me she’d like it to go to her lifelong friend, Mrs Moore, with whom she had carried out her nurse’s training. Mrs Moore was in fact the beneficiary under Joan’s previous Will (now null and void). I ask about Wendy – Joan’s expression changes. She tells me she doesn’t like underhanded people. I tell her I agree.

I leave with folder tucked under my arm; inside is a note, underlined at the top of my to-do list: ‘Get Joan’s house back.’

Joan’s situation is not exceptional. There are, without a doubt, thousands of vulnerable people in similar or worse predicaments. Luckily for Joan, several years ago she had drafted an LPA appointing her old friend Mrs Moore as her attorney. Accordingly, when the Office of the Public Guardian received the LPA from Joan’s ‘new friend’, they notified Mrs Moore of this new LPA and, luckier still, Mrs Moore asked a few questions. These questions ultimately led to a Court hearing and the appointment of a Deputy. Had Mrs Moore not already been appointed as attorney, there would have been nobody to object to Wendy’s appointment. Nobody would have known that Joan’s home was no longer her home.

There are now 3 million LPAs. In 2018/19, the Office of the Public Guardian received 5,245 safeguarding referrals. The number of vulnerable people who are actually being financially abused at this very moment is undoubtedly much higher. Those who are most vulnerable are those who are least likely to have any form of support network. Those without a support network are those least likely to have their financial abuse investigated. Unfortunately, in the minds of people like Wendy, vulnerable people represent easy targets. Fortunately for Joan, with a professional Deputy on her side, she’s no longer vulnerable.

Tom is a solicitor and professional deputy at JMD Law, Cardiff - www.jmdlaw.co.uk You can read his blog on the Court of Protection at www.vantage-law.co.uk

Our print magazine is Proof. Contributors include Michael Mansfield QC, Bob Woffinden, David Rose, Eric Allison and Ian Cobain.
Buy Proof Magazine
The latest issue (Why legal aid matters) includes Helena Kennedy QC and Martha Spurrier in conversation, David Conn on the legacy of Hillsborough - plus how to build your own law centre.
Tom is a solicitor and professional deputy at JMD Law, Cardiff - www.jmdlaw.co.uk You can read his blog on the Court of Protection at www.vantage-law.co.uk