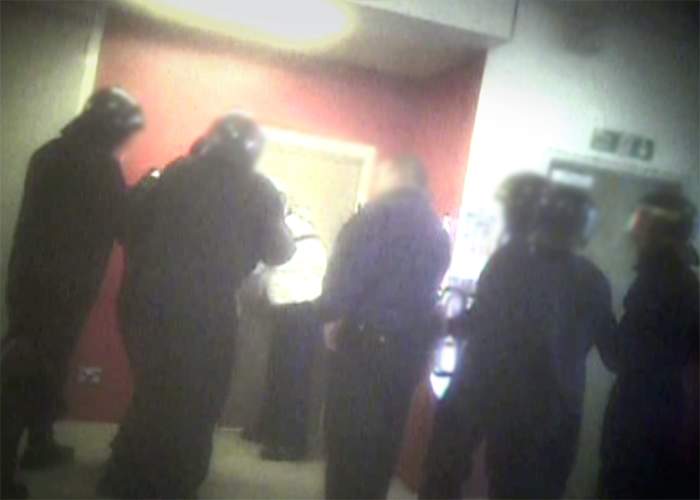 BBC: Officers in riot gear prepare to enter a room

There were calls for the remit of the inquiry into conduct at an immigration centre near Gatwick airport be broadened to include failures by the Home Office. The Brook House inquiry, chaired by Kate Eves, is the first public inquiry to investigate immigration detention and was set up in response to a BBC Panorama investigation into abuse at the G4S-run detention centre,

Stephanie Harrison QC, representing a detainee known as ‘MA’, argued that in establishing what constituted ‘mistreatment’ for the purpose of investigating whether their article 3 right against inhuman and degrading treatment had been breached, the inquiry must address national detention policy at the time.  Harrison argued that MA’s allegations of individual mistreatment could not be separated from his argument that he had been unlawfully detained, and that his detention had not only contributed to but caused serious mental illness and suicide ideation.

Cathryn McGahey QC, counsel to the inquiry, quoted from a proposition put forward by core participants that ‘an effective inquiry needs to remain flexible, and go where the evidence takes it’, agreeing that this may lead the Inquiry ‘into a consideration of practices, policies and procedures applicable at a national level, and not just at Brook House.’ This was resisted by G4S’s lawyer, Andrew Sharland QC who argued pursuing a broader scope may result in the inquiry failing in its other obligation under Article 3 to reach its findings promptly.

Addressing the issue, inquiry chair Kate Eves said the ‘inquiry’s fundamental role is to address the questions of what was happening in Brook House between April and August 2017. However…recommendations made as a result of this Inquiry must be capable of bringing about change to prevent mistreatment in immigration removal centres now and in the future.’

The Brook House Inquiry comes two years after an investigation by BBC Panorama uncovered severe mistreatment of detainees by staff members at the detention centre, with shocking footage showing serious physical and verbal abuse towards those detained at the centre. Since the release of the documentary, fifteen of the twenty-one staff are alleged to have resigned, and G4S are no longer involved with the immigration sector. So far the Inquiry has received more than 24,000 documents in disclosure from the Home Office, and has faced significant delay as a result of the COVID-19 emergency. Cathryn McGahey accepted in her update that video conferencing would be needed in order for the Inquiry’s lawyers to take statements from witnesses.

Meanwhile, the Inquiry continues to face difficulties in tracing potential victims of abuse at Brook House. Acknowledging the issue, McGahey expressed the hope that individual and core participants would be able to identify other people detained at Brook House during the dates relevant to the Inquiry, and help encourage others to come forward.