All my days: Pippa Banham

All my days: Pippa Banham

Pippa Banham is a trainee solicitor and Justice First Fellow at Suffolk Law Centre (SLC), which is one of the UK’s newest law centres. She is due to qualify in 2021. Before starting her training contract, Pippa was a discrimination legal advisor at SLC, and was previously a core member of No More Page 3, a successful grassroots campaign to stop the Sun newspaper running daily photos of topless women. This is the first in an occasional series. Some details changed to ensure client confidentiality. 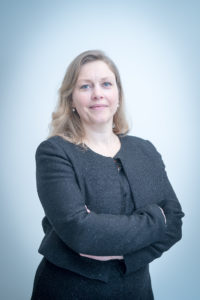 My best day…
I had a client who had been disabled since birth. She worked for a huge public services company after her job was outsourced. There was no consultation, and no reasonable adjustments made for her disability, and as a result her terms and conditions changed. She lost her pension.

In her day-to-day job, they didn’t make any disability-related adjustments and she ended up being off sick with stress. I got involved through SLC’s outreach advice clinic, and this case is a good example of how outreach services can really work well. We advised and gathered evidence to support her claim.

I remember sitting going through all the documents we had got hold of – it was like gold, as the evidence in her favour was so powerful. I kept saying to my colleague: ‘Oh, god – look at this!’ ‘This is amazing!’ It was mind-blowing. It was so clear her employer had made mistakes and treated her badly.

After that, I began negotiating with her employer, explaining why her case was so strong. They started off offering a pitiful amount, and we worked it up to a significant sum. They have also agreed to introduce new policies throughout the company, so many, many more people will benefit from the fact she came to one of our outreach sessions, which meant we were able to help her.

It all stemmed from the evidence we gathered, so the day I found that was definitely one of my best days.

My worst day…
This one makes me cry. I had a client who was sexually harassed at work. With our support, she reported it. It was investigated, and the perpetrator, her supervisor, was dismissed. We thought, great! That is brilliant! Then a couple of months later, she came back to me and said: ‘Oh, I’ve been sacked.’ They did treat her terribly afterwards, which really damaged her mental health, and she tried to kill herself. When I heard that, it really affected me. I was fuming at the perpetrator of the abuse, and then for her employer to treat her so badly that her mental health deteriorated to the point where she tried to take her life, was just horrendous.

We now have an ongoing case over her treatment and hopefully we can get her justice, but when I found out she had tried to kill herself, that was definitely one of my worst days.

Yesterday…
Yesterday was Wednesday, which is when we have our case management meeting, so the discrimination team gets together. We work collaboratively here, and it’s where we discuss our cases; if there are any issues or if we have any questions. People make really good suggestions and we allocate new cases. I like Wednesdays.

Police using Covid regulations as an 'excuse' to harass the…
G4S made £14m out of running Brook House detention centre
Serco: rewarding failure?
Pregnant women should have sentences deferred or replaced…
'Undervalued and demoralised': most comprehensive research…