All my days: Barbara Likulunga

All my days: Barbara Likulunga

Barbara Likulunga is an immigration and employment solicitor at Bristol Law Centre (BLC). She qualified in February 2018 and is a Legal Education Foundation Justice First Fellow. As part of her fellowship, Barbara started a project to increase awareness of legal expenses insurance (LEI) and how it can be used to fund discrimination and other employment-related claims. An estimated 25 million UK households have LEI, often as and add-on to their home or motor insurance, but few make use of it. BLC’s ‘Take a closer look’ film encourages people to check if they already have this kind of cover. 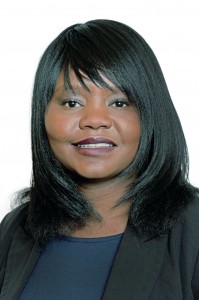 My best day…
I was off work, because it was my birthday. I had been qualified for around six months, and just done my first immigration appeal. The case involved two brothers and when I heard they’d been granted asylum, I actually remember jumping.

It was a joint appeal – not a straightforward case. My supervisor acted for the younger brother, and I acted for the one who was over 18. There was some evidence that needed to be conjoined and some that didn’t. Their previous lawyers had said their claim didn’t have merit, so we had to challenge the Legal Aid Agency over the merits. There was the language barrier. They were both extremely vulnerable with an array of physical and mental health issues. The Home Office doesn’t usually do DNA tests, but they did in this case – and it went against the boys. It showed they weren’t full brothers, which devastated them, because they thought they were. That was how they’d grown up.

We thought they might just be granted humanitarian protection, but then my supervisor messaged saying: ‘They were granted asylum.’

That was my first appeal and the best one I have done so far.

They came into the office afterwards and brought us chocolates. It an unexpected gesture because of the cultural difference, and really stuck in my head.

My worst day…
I did a family reunion case recently for a mother who had been granted asylum and was trying to have her sons and daughter join her.

When she fled years earlier, her children were still under 18. We didn’t act in her asylum claim, but she was only granted it on appeal. She had to go through a lot of red tape and was only granted asylum in 2017. As there’s now no legal aid for reunion cases, she had to apply for exceptional case funding, which took a number of months. By then, one of her sons had turned 18, so he no longer had an automatic right to join her. For him, it’s discretionary. We made the reunion application and her daughter’s was granted but her son’s was refused. We are still waiting for a decision on her other son’s application. She came in this week with her daughter, and it’s nice she has one of her children with her. But that’s only half the battle. We now need to appeal to get her son here. It felt too premature to be celebrating.

Yesterday…
A client dropped off their documents for me to consider. It’s early on in the matter, so I’ll be looking at those. She has leave to remain and at the time she was granted it, things were more straightforward. Now everything has gone online, so we have to make three applications for her. We’re applying for exceptional case funding, because her matter is no longer in scope of legal aid. We also had to apply for a fee waiver initially. And we are still preparing for the substantive application. Each application has its own requirements and the time when evidence is allowed is for different periods. So, you tend to keep telling your client: ‘Oh, I need this. I need that.’ And they are saying: ‘But I already gave you my bank statements.’ ‘But now we are doing the substantive application, so I need it for the past 12 months.’