Alan Turing and the condemnation of the criminal law 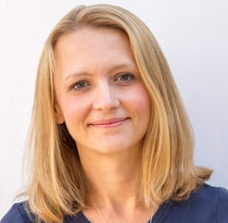 Alan Turing and the condemnation of the criminal law

Alan Turing: named the most 'iconic' figure of 20th century

February is LGBT history month and so it seems only fitting that BBC 2 recently named Alan Turing their icon of the twentieth century. Natalie Smith writes

When the award was read out, Chris Packham who had championed his cause, reminded everyone that Alan Turing was a gay, autistic man who was driven to suicide. His contribution to the world we live in cannot be underestimated. He was a mathematician whose secret work cracking the encrypted codes of the German navy during world war two was said to have shortened the war by two years. But more importantly, the machines that he created as part of his life’s work became the computers we have today. Even as you read this, it’s not from a newspaper or a magazine but off a screen. We might not know quite how it works but what we know is that Alan Turing’s name will forever be associated with this miracle of modern technology.

But Alan Turing’s death forms part of his story and whereas in life he made an indelible mark on the world, he made a mark in his death too. In the early 1950s Alan Turing met a man called Arnold Murray. He was 19 years old and Alan was in his late thirties. A relationship began, quietly behind his front door. But Arnold Murray, attracted to the middle-class academic, was from a different background. He told a friend about their relationship who then broke into Alan’s house, no doubt in an attempt to try and blackmail him because it was against the law to engage in any sexual activity with another man.

Alan Turing was a man who showed single minded determination in everything, from his obsession in solving puzzles and building computers to being honest in who he was. He went to the police himself to report the break-in and say who the likely culprit was. As the police investigated, he was completely frank with them about his relationship with Arnold Murray. 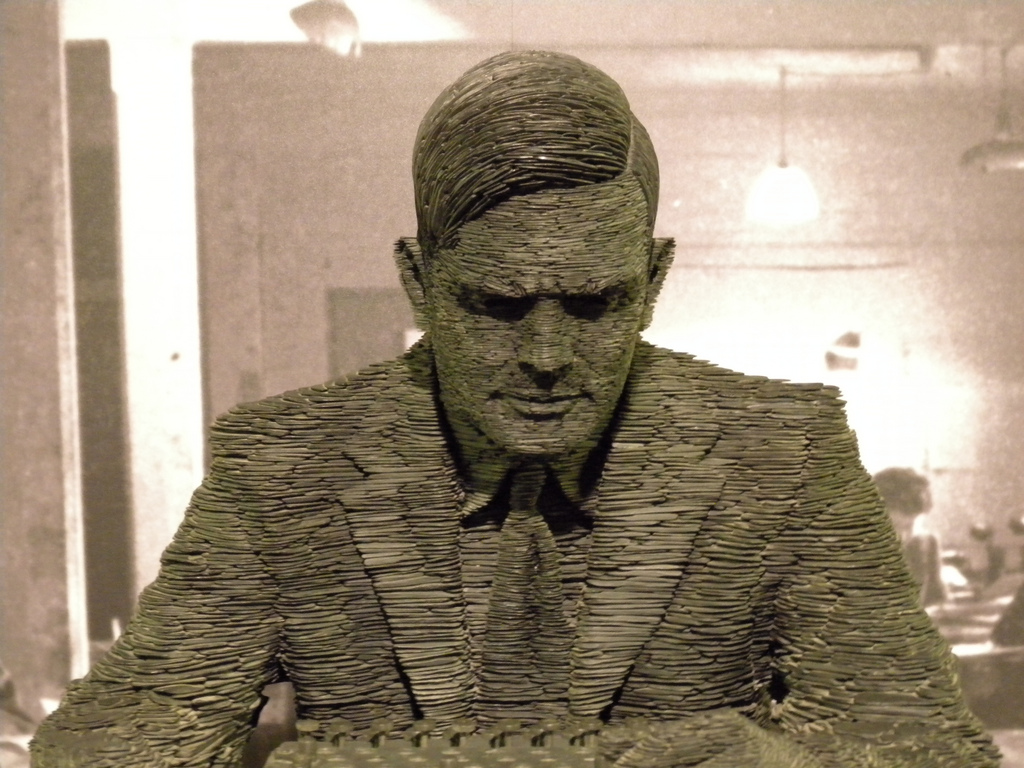 Inevitably in 1950s England, Alan Turing and Arnold Murray were prosecuted for a long list of offences contrary to the Sexual Offences Act 1885. Their relationship had been categorised as a list of gross indecencies and it was a crime taken seriously. Their case was committed from the local magistrates’ court to the Chester Assizes. Arnold Murray was remanded in custody and Alan Turing had to decide how best to deal with his legal situation. A trial would inevitably take this unassuming, brilliant man who worked for GCHQ and had security clearance from the British government into the public limelight. The details of his private life would be exposed to the world and he decided the best thing to do was to avoid a trial and accept his guilt.

Gross indecency was an offence that many men were sent to prison for, the threat of a custodial sentence on a professional man was significant but the courts in the 1950s did consider other options too. The majority of those convicted for such offences were sentenced to probation orders. In Alan Turing’s case it was an order which also incorporated a medical recommendation that he was suitable for oestrogen injections, the purposes of which were to suppress his sexual urges, what has been termed a chemical castration. Grotesque as it seems now, in the 1950s this was seen as a viable method of rehabilitation. Arnold Murray was bound over to keep the peace for two years.

The convictions were the beginning of the end of Alan Turning’s life. His security clearance for GCHQ was removed because of fear he was susceptible to blackmail by the USSR. The oestrogen had taken a physical toll, changing his body and whereas many said that he bore the humiliation and impact with resilience, when his body was found in 1954 the coroner ruled he’d committed suicide.

It had been Alan Turing’s habit to eat an apple every night before he went to bed and it’s believed he’d laced it that night with cyanide and then went to sleep, never to wake up. He was 41 years old. Many wouldn’t accept he’d been driven to his death. In particular his mother suspected it was probably just an accident as he was working with cyanide in various experiments. But even so, events of the preceding years inevitably lead everyone to believe that he’d been drive to his death.

He wasn’t the only man to ever find himself in such a position, namely a criminal, because of his sexuality. Homosexuality was part of life in 1950s England but it was a time of fear if you were gay or bi sexual. Consenting sexual relationships between men were classified as criminal offences. Committing buggery was a criminal offence and for anything other than that, gross indecency caught it.

In 1954, two months after Alan Turing died a government committee was set up to look at vice, specifically homosexuality and prostitution. It was led by Sir John Wolfenden and after three years the Wolfenden Report was published making two very clear recommendations, the first that prostitution should be removed from the streets and the second was that what two consenting adult men did in private should not be a criminal offence.

The committee heard that since the end of the second world war there had been a significant increase in the number of homosexual offences known to the police and prosecuted. In 1931 there had been only 121 prosecutions for gross indecency but by 1955 there had been 995. Many men who were charged went to prison but the majority of those convicted were dealt with by conditional discharges or probation. The focus of these numbers were not indecent assaults but involved consenting adult men. The Wolfenden Report states in its opening: “Our primary duty has been to consider the extent to which homosexuality or prostitution should come under the condemnation of the criminal law”.

The report acknowledged that there had been a suggestion of a nationwide witch- hunt against homosexual men but in their opinion, they’d found no evidence of such and in fact there was an absence in uniformity in police practice which they believed disproved that. Many argue that in fact these prosecutions were very much part of a witch hunt. Some 480 men who were convicted in England and Wales during the three years prior to March 1956 of homosexual offences, had engaged in sexual acts with a consenting adult partner.

But the recommendation that such relationships should no longer be condemned was controversial and not universally supported. We get a real insight into life in the 1950s. Men can pay women for sex but society does not want to see it happening on the streets and should be behind closed doors but what two consenting men do behind closed doors will be scrutinised most carefully. One priest wrote in the newspapers:

‘What a man does in private is of vital importance. Nations are ruined by men’s private lives not their public ones.’

The Mirror Newspaper ran a poll in 1957 asking the public if they felt the Wolfenden recommendations about changing the laws on homosexuality should be adopted and it was close: 5,561 people agreed the law should be changed whilst 6,144 disagreed.

The government of the day took a similar position and the only laws introduced shortly afterwards were to deal with prostitution on the street. That’s not to say that this wasn’t an important moment for change, it was, it just took more time. But we do get to understand, if only a little, the world in which Alan Turing lived and died. 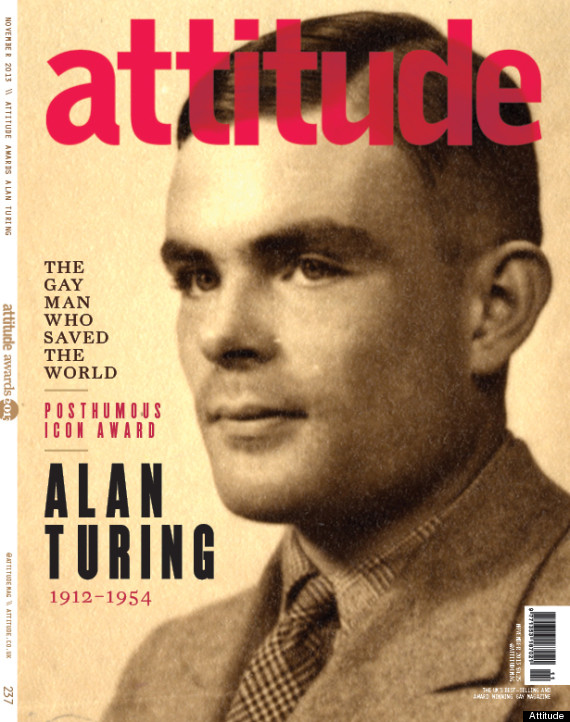 Alan Turing: ‘Sometimes it’s the people no one imagines anything of who do the things that no one can imagine.’

In 1967 a moment of change did finally arrive. Leo Abse, labour MP for Pontypool introduced a private members’ bill and the Sexual Offences Act 1967 section one stated, that a homosexual act in private shall not be an offence provided the parties consent and have attained the age of 21. It was progress but not enough, as it took until 2001 for the age of consent to be lowered to 16 in accordance with heterosexual acts and it took until the introduction of the 2003 Sexual Offences Act for all homophobic sexual offences legislation to be removed. It was only 16 years ago that buggery and gross indecency were erased from the statue books. And this change came after a landscape of suffering. Alan Turing’s story is part of that but so too others, many others.

In 2012 laws were passed so that those who’d received convictions or cautions for acts that were no longer considered unlawful could have them disregarded from their criminal record. In 2013 Alan Turing was pardoned for the crimes he’d been convicted of in 1952 and finally in 2017, the Police and Criminal Act contained a section, informally called the Turing Law, which recognised pardons for the dead and the living who were convicted of criminal offences between consenting adults.

Once his work was no longer secret people became fascinated by Alan Turing and have refused to let him go and his legacy goes beyond the computer.

Gay men with historic convictions failed by…
World’s largest arms fair opens despite week-long protests
Petition for mercy on behalf of autistic man…
Episode 2: 'This isn't spying on terrorists. This is…
Gay Kenyan rugby player still at risk of deportation