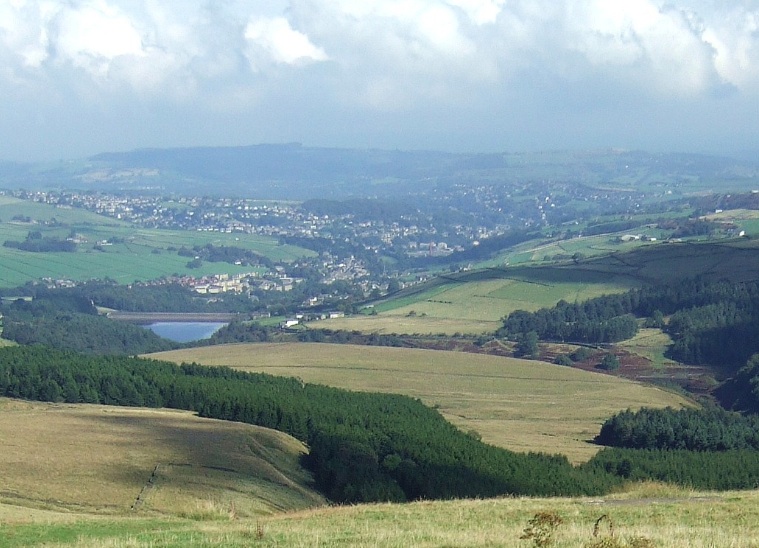 At the end of last year Tesco announced that it was going to re-submit its application for an out of centre supermarket in Holmfirth, writes Margaret Dale of Keep Holmfirth Special. We quickly realised that mounting a campaign in opposition to the plan would not be the right approach. Pic by foilman.

‘Our role is to keep the village’s heart beating. It is very difficult to see how we could survive this.’
Mark Lewis, chairman of the Wooldale Co-Operative Society (founded in 1886) who explained last year that the group made a ‘tiny’ profit out its three stores.

Margaret Dale writes: We are not opposed to supermarkets per se – or Tesco, in particular – but the proposed 25,000 sq feet store was in the wrong place. The location would create an intolerable traffic load on local residential streets and being only a kilometre from the town centre would threaten existing shops and businesses. We also depend on tourism and believe that the supermarket would detract from the area’s attractiveness. 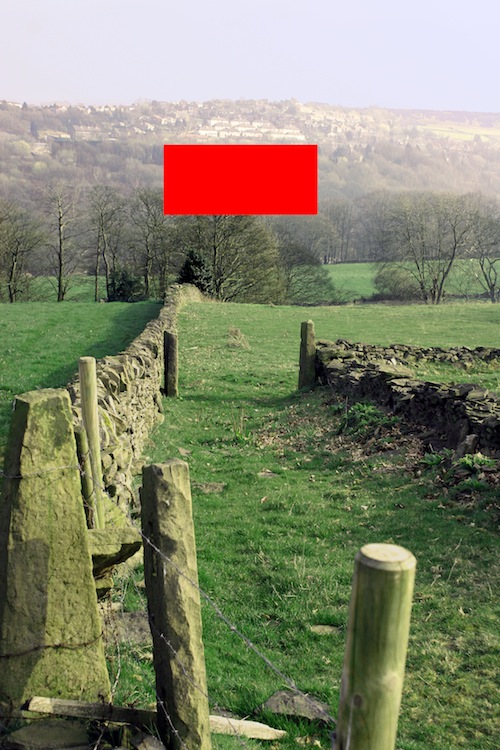 Red box marks the spot: proposed site of the store as seen from across the valley

The group decided a two-fold response: to address the application on planning law grounds and be ready for the Tesco PR machine.

So we got together and raised funds to pay for the expertise we could not source locally. We assessed the Tesco application and submitted a comprehensive report opposing the application on planning groups.

We also investigated the PR approach used by Tesco and other supermarkets to drive through the development of unwanted supermarkets.  We easily identified a pattern from the experiences of other towns.

This is described below.

The logic behind the PR approach:

This is how it works: Supermarkets recruit local supporters to act as the ‘voice’ of the people and to claim to represent the majority of residents.

Mock referendum are organised through:

‘Reinventing community consultation’
There is no control over how many times an individual is able to ‘vote’ and there is no proof that ‘voters’ are individual, local residents. So one person could ‘vote’ 35 times and one person could pretend to be 35 people each ‘voting’ once.

These mock polls result in claims that the majority of the residents want the supermarket and imply that councillors should bow to the will of the people.

Supermarkets use PR companies that specialise in this area of work such as IPB whose consultants ‘identify and mobilise the silent majority so that the decision makers feel comfortable they are making the right choice’.  IPB were finalists in the CIPR community relations award in 2011 for ‘reinventing community consultation’ for Tesco.  A PR company called Pagoda worked for Waitrose in Helensburgh. It features as a case study on Pagoda’s website (‘the last town in Scotland without a supermarket’).  The development was highly controversial – read this BBC report HERE – although according to the Pagoda website ‘1250 people responded to the consultation exercise – 96% were positive about the proposal’.

Planning committees are meant to make decisions in accordance with National Planning Policy and on planning grounds.  Committee members are expected to step out of their role as ward councillors and make longterm decisions that are interests of the whole community.  Yet supermarkets find subtle ways to play on their position as elected representatives and pressurise them to vote in favour of their proposals.

The views of local residents feature in the determination of planning decisions as a material consideration and should have a proper place in the decision making.

Here’s a question: Is the approach used by supermarkets an abuse of public consultation and a manipulation of public opinion?  If the answer to this question is yes, we must find a more robust and impartial way of enabling the views of local residents to be canvased and reported to planning committees.

Anyhow, the Tesco application was refused by Kirklees Planning Committee on 18th July on highways grounds.  Tesco also failed to satisfy the sequential test.  This was despite the reported majority of local people being in support.

The planning officers were obliged to report the number of people who had expressed their support and objections to the plan, as material considerations.  However, they were well aware of the dangers of simply counting submissions and drew attention to the divisions that had been created in the community by the approach.

Keep Holmfirth Special continues to work with the other groups in the town to regenerate the local economy and encourage more people into local shops. We also wait to see what Tesco will do next – will there be an appeal and if not what will the site’s owners do with the 2.4 hectares brown field site?

Thousands of women pointlessly arrested every year, say MPs
Hackney Council to pay £26,000 for failing to secure…
'Making do with sticking plasters when we need…
Over 40 traders to be relocated as Latin Quarter development
Environmental lawyers puts councils 'on notice' over…