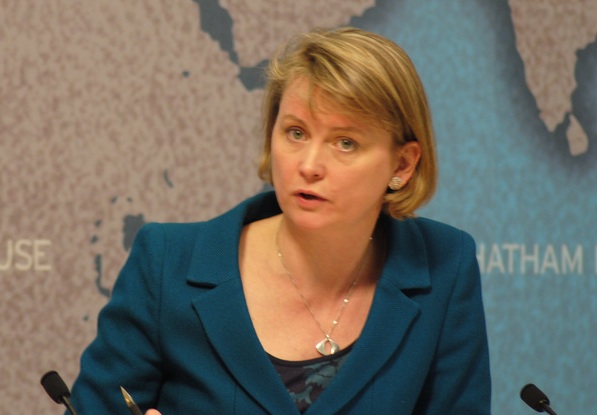 Yvette Cooper today accused the Conservatives of ‘downgrading action on violence against women’ by sanctioning the use of community resolutions for acts of domestic abuse. Community resolutions are offered as an alternative to prosecution, and can form anything from an apology to the paying of compensation and, according to the Association of Chief Police Officers, are only suitable for low-level crimes such as minor criminal damage and anti-social behaviour.

In a speech in Birmingham this afternoon, the shadow home secretary is expected to criticise the increased use of community resolutions backed by data obtained from 15 police forces revealing that there were 6,861 instances of their use for domestic abuse in 2012/2013. This represented a significant increase from 1,337 in 2009. In 2009, an average of four community resolutions were used each day and the average is now nine per day.

Cooper argued that that community resolutions undermined the seriousness of domestic violence. She attacked the coalition government for allowing perpetrators to walk away with no criminal record and just a ‘slap on the wrist’. Some 90% of domestic violence cases are dropped by the police, and Cooper insisted that more must be done with those that do proceed.

‘These figures are deeply worrying. Two women a week are killed by their partner or an ex and 750,000 children will grow up witnessing domestic violence… . For the police to simply take a violent abuser home to apologise risks making domestic violence worse, and makes it even harder for victims to escape a cycle of abuse.’

In an interview on BBC Radio 4’s Today programme, Cooper highlighted that if such statistics were applicable to football matches, there would be a ‘national outcry’. Sandra Horley, chief executive of Refuge, said the figures were ‘deeply disturbing’.

Garry Shewan, the assistant chief constable of Greater Manchester, told Today that Community Resolutions were used in less than 1% of cases.

Should Labour be elected, Yvette Cooper pledged that they would ban the use of community resolutions in domestic violence cases and introduce a specific offence for domestic violence in an effort to increase the falling prosecution rate. In an interview with BBC Radio Gloucestershire, David Cameron also stated that his party were “very happy” to examine the possibility of domestic violence being a specified offence. In February, a cross-party group tried to push a domestic violence bill, brought by Plaid Cymru MP Elfyn Llwyd, through the Commons which would have criminalised abusive forms of behaviour that are not currently offences.

'Locker-room culture’ protecting officers who perpetrate…
37,000 arrests of women each year result in no further…
Thousands of women pointlessly arrested every year, say MPs
Policing Bill to end 'slap on the wrist' for low-level…
Calls for urgent action to tackle violence against women and…