‘You’re the only person who has ever visited’

‘You’re the only person who has ever visited’ 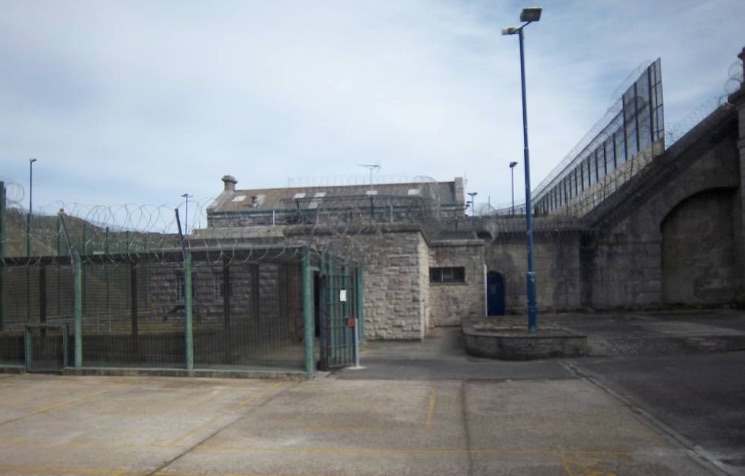 It’s difficult not to think about location. Bus number 1 from Weymouth city centre goes towards Portland Island, the southernmost point in the county of Dorset. The island is tied to the mainland by a long barrier beach: formation made up of sand, slit and pebbles.

Chesil Beach stretches alongside the road; water glitters dotted with sailing boats, kites and windsurfing boards. On a sunny day it feels quite cheerful. Walkers alongside the road, people getting on and off the bus to appreciate the beauty of this stretch of the Jurassic Coast. On a rainy day the bus is almost empty. Whatever the day, if you look up and towards the left, from a distance you will see a big stone gate, the entrance to the Verne citadel. 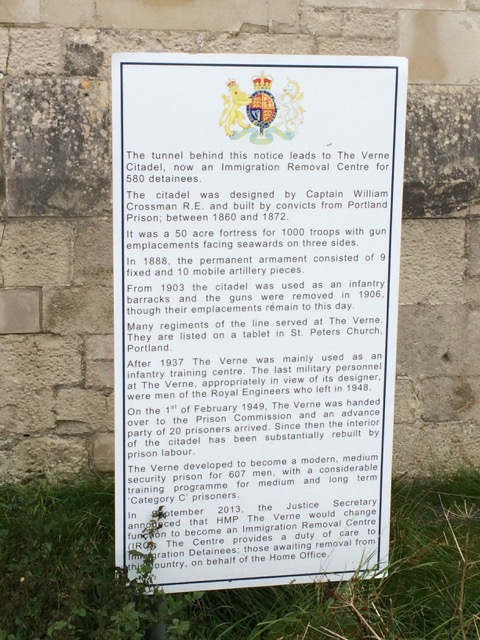 The Verne Immigration Removal Centre is the newest addition to the UK detention estate, and a big one. Since September last year 580 migrants can be housed on a site of a former military barracks. Built in the second part of the 19th century, the citadel became a prison in 1949 and was turned into an immigration removal centre in 2014.

In our survey, only 19% of detainees said they had a visit from family or friends since arriving at the centre, against comparator 43%.
HM Chief Inspector of Prisons (HMIP), 2015

The visits area has been refurbished and is very comfortable. However detainees have few visits by friends and family because of the isolated rural location and the distance from the station. It is an hour’s journey from Weymouth to the IRC, by bus and a steep uphill walk of over a mile; there is no courtesy bus.
The Independent Monitoring Board (IMB) report for The Verne,  September 2015

This feeling of isolation is exacerbated by the inadequacy of public transport and is felt acutely by many men locked up at the Verne. ‘You are the only person that has ever visited me,’ I have heard that many times this year.

The visitors’ room is usually quite empty, with just one or two other families, couples or friends talking quietly. There is no support for families wanting to visit loved ones at the immigration detention centres even though for many of them this is the time of high stress, when they are threatened with indefinite separation.

So I walk up the hill and cross the stone gate. I am pat-searched and asked to empty out my pockets, my details are carefully recorded and ID checked. Not the most pleasant procedure. Only then I can enter and share stories in a quiet, almost empty visitors room, watched over by a number of CCTV cameras and officers.

The centre still looked and felt like a prison and there was an unnecessary amount of razor wire, much of which had been put up since the centre became an IRC.
HMIP Report 2015

The above quote from the HMIP report published this August describes the Verne well. It looks and feels like a prison. Many men who are locked up here appreciate small but important differences: access to a mobile phone, limited access to Internet, being able to walk around the courtyard during the day and visit friends in different wings, access to the library, the shop, the faith centre. Having own room with a key is an important thing as well. In the end however nothing can change the desperation felt by a person locked up in a place surrounded by fences and barbed wire; the ultimate deprivation of freedom. 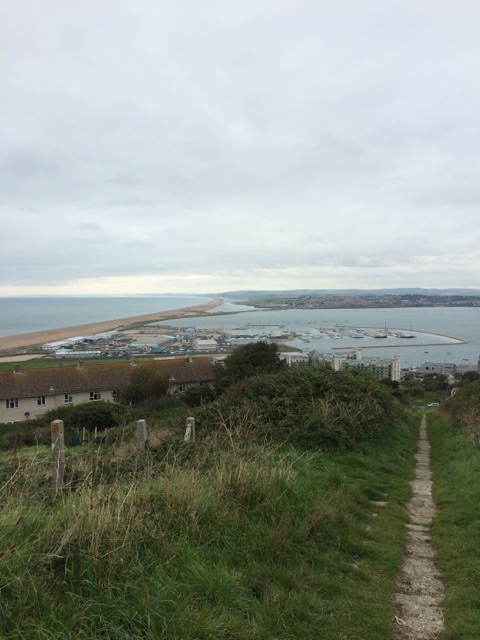 So ‘how can locking people up in prison not be a punishment?’ asks Hamid, when we talk about life at the Verne and UK immigration system. I struggle to answer and yet this is how consecutive governments repeatedly frame immigration detention: a non-punitive administrative measure; non-punitive hence not requiring judicial oversight. What is surprising is that so many of us living in the UK are susceptible to feeble answers given by the ministers.

The ‘unnecessary amount of razor wire’ that was installed at the Verne when it was changing from category C prison into immigration detention criminalises migrants in the eyes of the public but also sends a message to the people inside, message that sometimes angers men I speak to and sometimes genuinely confuses them; what is this security for? I am not dangerous; I just want to live my life. Why am I punished for being a migrant?

I have met many people at the Verne who shared their stories, fears and frustrations with me: a student whose visa was not extended despite the fact that he hasn’t finished his degree and his family invested so much to send him to study in the UK; men whose asylum claim was refused but who were too afraid to return to the countries they left seeking safety; men who lived in the UK for years and have partners and children, often all families here, but are who after serving a sentence for more or less petty criminal offence are threatened with deportation to countries they hardly know and haven’t considered home for a very long time, or never.

Too many detainees did not have a solicitor.

Only 27% of those who had one said that they had received a visit from them against comparator of 45%.
HMIP Report 2015 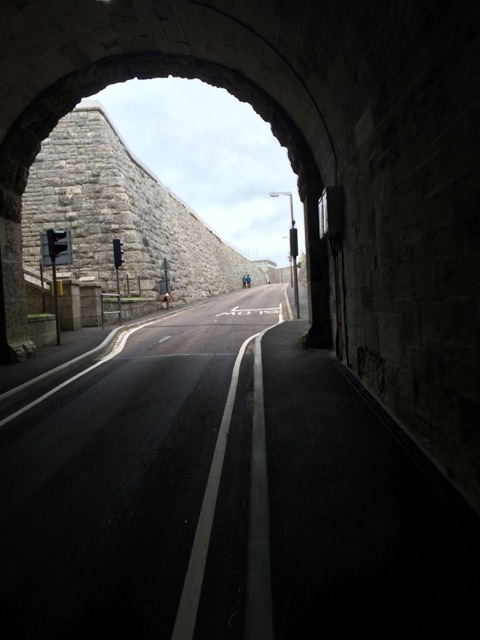 Detention in the UK is indefinite. There is no time limit on how long one will be locked up for.

This was months ago. We still talk. We’re still not sure what is going to happen next. Limited legal advice, arbitrariness of bail hearing, arbitrariness of home office decisions causes frustration and exacerbates the feeling that there is no justice for those in detention. The hours turn into days, days into months and sometimes into years, and with no exit date to look forward to, people’s mental health deteriorates and the feeling that there is no hope steadily creeps in. It’s difficult not to give up when one is completely alone and realises that there is no exit door anywhere to be seen.

The feeling of remoteness and loneliness as one takes the steep path up the hill or drive up hairpin turns of Verne Common Road towards the tunnel, which hides the detention centre buildings, makes it is easy to imagine that this is a place where one can be forgotten for a long time.

By Pat, a member of the Verne Visitors Group and Detention Forum volunteer

In defence of activist lawyers
'Logistically moronic': Priti Patel looks at shipping asylum…
Proof magazine: A different way of doing things
Home Office faces legal action over claims women at risk of…
'The attack on "access to justice" is ideological and…