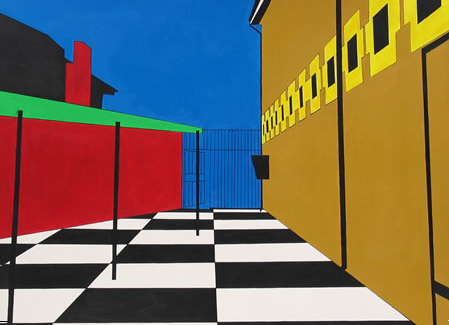 Beleaguered probation officers have voted to take strike action in protest against the effective abolition of a probation service much copied and revered in the rest of the world. It is ironic that the World Congress on Probation was held in London less than two weeks ago with international delegates bewildered at at our Government’s actions.

The strike is a last-ditch effort that will make not the slightest difference to yet another step in the wholesale commoditization of services that the Government is hell bent on.

That commoditisation is reaching into every part of our lives. We now have 15-minute home visits to the elderly who can have a bath, a meal or visit to the toilet. The checklist and the budget do allow for more. ‘How are you? ‘ or any kind of human warmth are an anathema to the ‘process’ which is somewhat ironic at a time when health secretary Jeremy Hunt is berating society for leaving its elderly lonely and isolated.

The Care Quality Commission has been criticized by the Commons Select Health Committee and the National Audit Office for too much focus on registering providers rather than inspecting them and assessing what they do for people. It missed the ‘institutionalised abuse’ at the Orchid View care home where 19 residents died.

West Sussex Coroner, Penelope Schofield referring to the CQC’s positive rating of the home, said: ‘I question how this could be the case and I question whether the inspection that did take place was fit for purpose.’ It was fit for purpose because it fitted the process, not the people.

Talk to people attending job centres and you hear stories more of registration and attendance and less about help getting through the pain of redundancy and into real work. The best that is on offer is marshaling into zero hours contracts. Support and counseling for people? Forget it.

If I’m able to get a GP appointment I am allowed one ailment only and at 5 minutes it had better not be serious. My drug taking is under control (Tesco e- mail me their offers and I get it delivered) but were I to have an acute drug, alcohol or mental health issue would I get quality time with a doctor let alone a rationed treatment space?

Even on a train I am exhorted at every stop to ensure I have the correct ticket and to keep my luggage by my side. The fact that there are no working toilets and the train is racing along at 10 mph and I will miss my connection does not trouble the guard. As a person I’m irrelevant. I am merely a revenue provider.

Nothing encapsulates the people business better than the probation service.

It was designed to deal with the difficult and damaged, the chaotic and the disordered and of course, the dangerous. Probation officers have long-since been forbidden to ‘befriend’ being pushed instead to become community policemen creating hurdles that offenders find increasingly impossible to jump. Many prisoners have long eschewed parole for mandatory release dates feeling the fight is not worth it. For those who’s licence has been breached there is anger and resentment and little in jail to deal with the issues raised. Secretary of State for Justice, Chris Grayling is now insisting on 12 months mandatory supervision for offenders. For ‘supervision’ read a list of things not to do. Failure to comply will mean recall to jail without troubling the courts where there would be no legal aid anyway.

Who will monitor these individuals in the new world of a privatised probation service?

We wait to see. It might be re-employed probation officers but it could be anybody armed with a checklist. They may even be on zero hours contracts. They will not be trained in social work and they will not develop relationships with offenders. Like offenders they too will have lists of things they can and can’t do. They will not need nor be allowed to think and plans are already underway to replace them with GPS monitoring tags. So even their days are numbered. The prison population will increase inexorably as will levels of dissatisfaction amongst those incarcerated.

Reoffending will not be reduced but the ‘business’ of criminal justice will prosper as it has so spectacularly in the USA.

We are commoditising release in the same way we have incarceration. Titan jails with low staff-prisoner ratios militate against supportive relationships. Poorly paid, trained and supported staff back-off leaving a vacuum to be filled by illicit drug use, gangs, radicalisation and organised crime. Aspiration of prisons as places of reforms becomes ever more unrealistic. Wrong on the inside, wrong on the outside.

And when we look back on why we got it so wrong we would do well to remember Jean-Paul Satre: ‘Freedom is what you do with what’s been done to you.’