‘Workers with a union to back them can move mountains’

‘Workers with a union to back them can move mountains’ 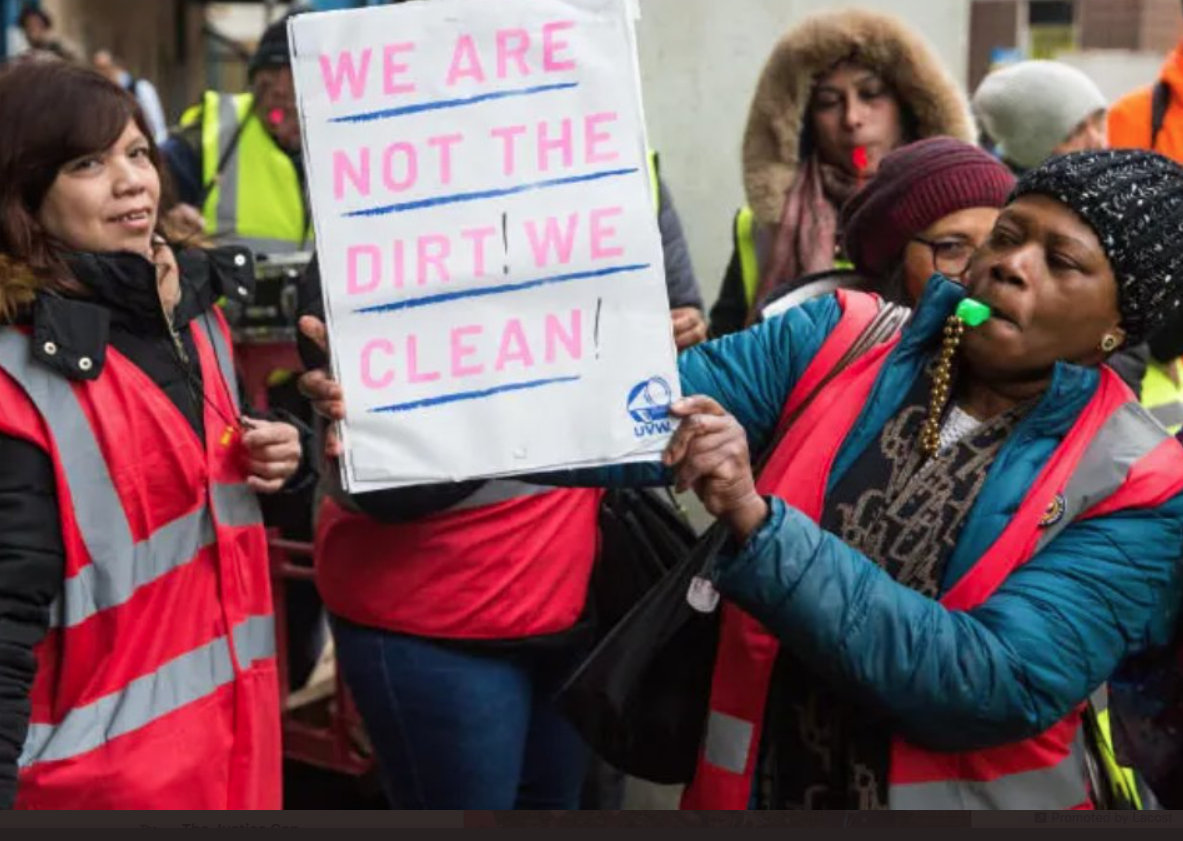 Hundreds of cleaners have forced world famous Great Ormond Street Hospital for Children to end outsourcing and instead make them permanent NHS staff. These cleaners, almost all of whom are migrant workers, balloted for strike action, but were in-housed before that action was necessary. Finnian Clarke from the Justice Gap reports on the latest victory in the battle against outsourcing.

The cleaners were employed by outsourcing giant OCS on a £10 million a year contract. At the outset of the pandemic, they joined the trade union United Voices of the World (UVW) in order to tackle what they saw as institutional racism that they experienced at Great Ormond Street in terms of inferior pay and conditions compared to in-housed NHS staff. For example, despite working at a hospital, cleaners were only given statutory sick pay of about £19 a day rather than the NHS’ full pay sick pay rates.

The workers unanimously voted in favour of strike action, and UVW also threatened legal action on the basis that the outsourcing policy indirectly discriminated on the grounds of race, and that the hospital had never undertaken an Equality Impact Assessment of their policy. After a 45-page document was presented to Great Ormond Street on the harms that the outsourcing policy was having, the Board announced that the workers would be in-housed in the coming months.

The workers say that the Coronavirus pandemic, which has had unequal impact across racial and national lines, has shown just how unfair the two-tier system created by outsourcing is. They reported being overworked, not being provided with adequate PPE and uniforms and even incidents of bullying and discrimination by managers.

Petros Elia, UVW Co-Founder and Organiser told me that: ‘The cleaners at GOSH are heroes, and not because they were clapped for their work during the pandemic, but because they fought and won what they knew those claps could never deliver. This is the second time in 2020 that UVW has forced an NHS Trust to end outsourcing. If UVW can do that twice in one year, imagine what the whole union movement could do if they took on outsourcing together. UVW looks forward to working with GOSH to ensure a smooth transition in bringing the cleaners in-house’.

He called their success ‘historic’. ‘It shows, firstly, that workers united with a union ready to back them really can move mountains. It also shows what we have known all along, that outsourcing is a choice, and one grounded in Thatcherite ideology, and that as easily as the NHS and other public institutions outsourced thousands of workers at the stroke of a pen 30 odd years ago, so too can they can now choose to in-house them at the click of a mouse.’

‘Home Secretary is one of the most challenging jobs. It’s a tragedy that Priti Patel ...