Cetin’s story: ‘We’re there looking after everyone while everyone else is at home and being paid’

Cetin’s story: ‘We’re there looking after everyone while everyone else is at home and being paid’ 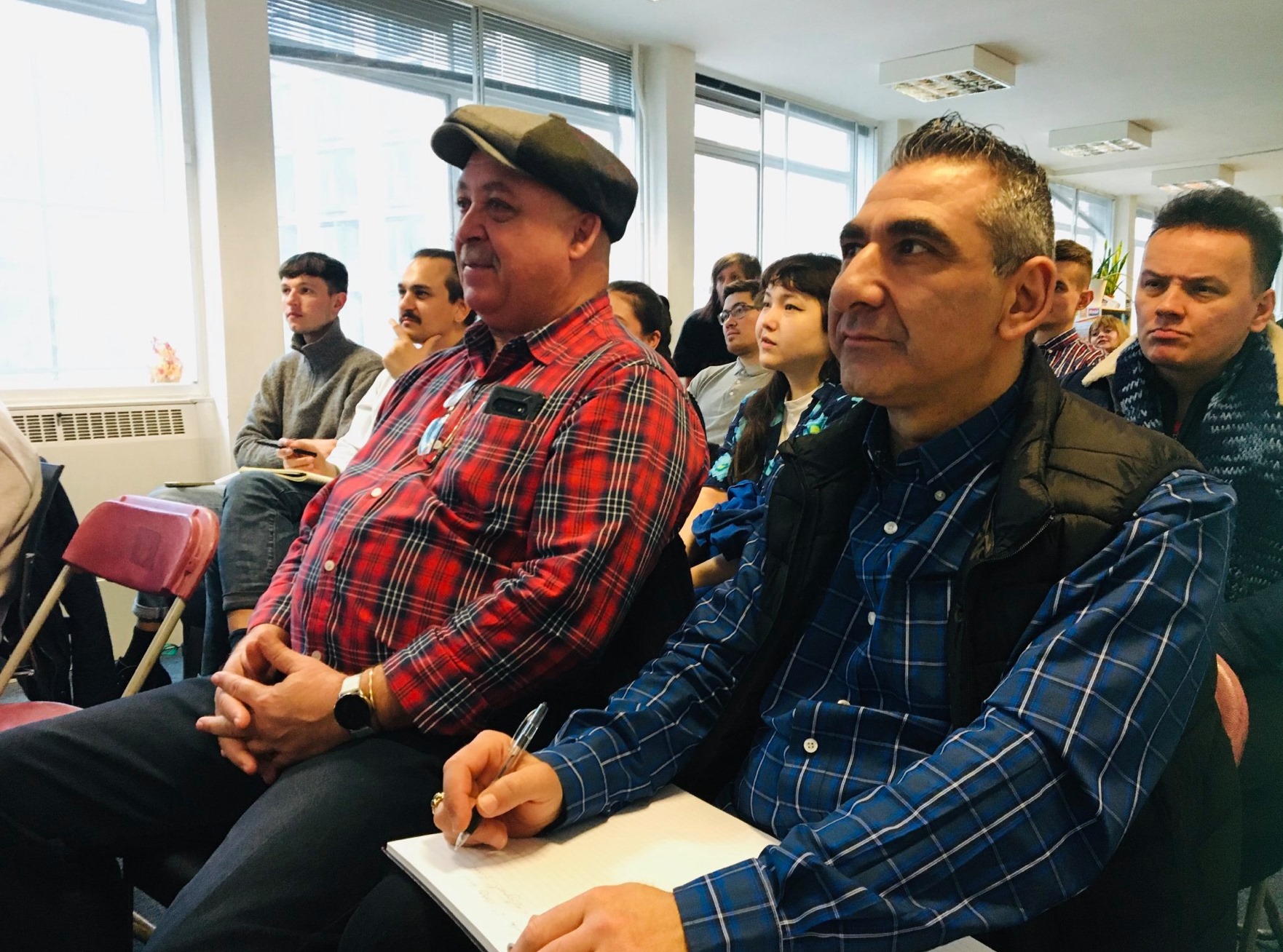 At the start of the year Cetin Avsar and six fellow security guards at the University of London went on strike. They were employed by an outsourcing company and demanded to be treated on an equal footing with colleagues working directly for the university. After lockdown they walked out for a second time over concerns that working practices were not Covid-secure. Last month Cetin decided to leave the university for good only to find out that his new boss is trying to dismiss him for having been involved with the strike. In the third of the Justice Gap series about the plight of migrant workers during the pandemic, Cetin speaks to Finnian Clarke. 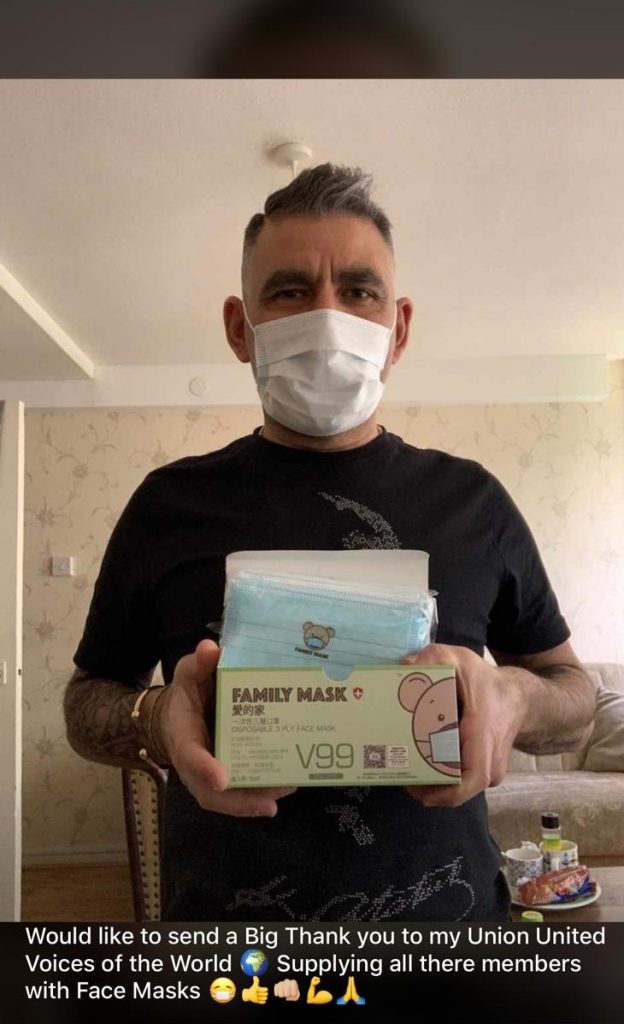 Cetin Avsar, originally from Turkey, began work as a security supervisor at the University of London in March 2018 at St George’s, the university’s medical college. He and the other members of his team were employed via an outsourcing company (Bidvest Noonan) on zero-hours contracts. By contrast, staff employed directly by St George’s were given fixed-hour contracts.

‘We were given the lowest possible working conditions,’ Cetin tells me. Unlike inhouse colleagues, the security guards’ holidays were the statutory minimum and, he reports, they received no enhanced rate for working unsociable hours or on holidays. ‘We got 3% pension contributions each year, whereas the others got 16%,’ he continues. ‘If you’re in-house, you get six months’ sick pay on full pay followed by six months on half pay.’

Cetin complains he and his team of six, all Black, Asian and Minority Ethnic, were ‘micromanaged’ by St George’s. They decided to go on strike in January over this disparity in treatment between them and St George’s staff. ‘We just wanted them to talk with us,’ he says. ‘They refused even to listen and get round a table to discuss our concerns. Even the police were called to stop us protesting outside the university.’

When the pandemic hit, they decided to put aside their differences and return to work. Whilst the students were told not to come to campus and the inhouse staff were at home on full pay, Cetin points out he and his team as well as the cleaners were expected to come into work. Although Bidvest Noonan eventually agreed to give full sick pay for three weeks if workers got sick with Covid, they refused to do a risk assessment of whether working in person was safe, the latter of which was against the law. ‘Our union, United Voices of the World, had to provide us with face masks as well,’ Cetin says. Their demands were ignored and the dispute is ongoing.

‘Even before sick pay was given, two officers got sick and had to self-isolate,’ he recalls. ‘I know others who have been sick and were forced to go into work because they couldn’t afford to stay off. As we [the security guards] were all BAME workers, we knew we were of higher risk of the virus. Three or four of us decided that until they did a risk assessment we could not safely come into work, so we walked out. We stopped working for two shifts, but then we were told that we would not be paid.’

In a six week period ending in May, some 104 men working as security guards died as a result of Coronavirus. According to the Office for National Statistics, the industry which employs a large number of migrant workers has the highest death rate of any other working group.

Even though the Employment Rights Act 1996 protects a worker’s right to walk from an unsafe workplace, there is no guarantee that they will be paid. According to Cetin: ‘We knew it wasn’t safe, but we were forced to go back to work because we weren’t being paid. If we were in-house, we wouldn’t need to worry about that.’

‘All we ask for is to be treated equally and with respect. We’re there looking after everyone, day and night while people are at home and being paid. The building could not operate without us.’
Cetin Avsar 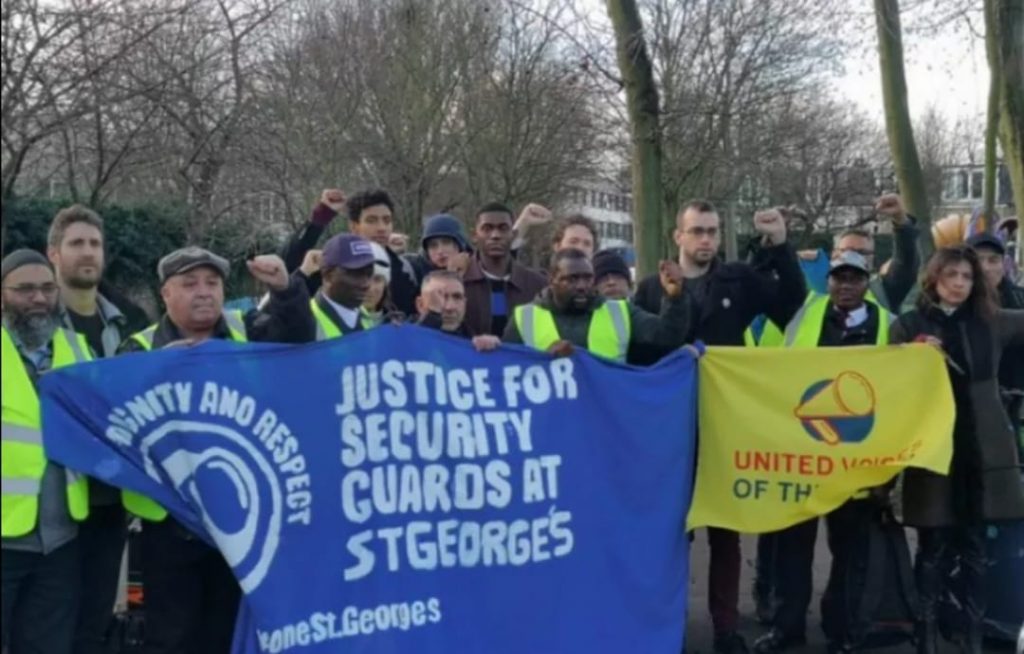 Richard O’Keeffe, a caseworker at United Voices of the World, explains that the legislation protects employees from dismissal and harm other than dismissal for leaving work in circumstances of danger which they ‘reasonably believe’ are serious and imminent. ‘If you refuse to return to work because of a reasonable belief in danger presented by COVID, on the face of the legislation, withholding pay would be a breach of the legislation,’ he comments. ‘Our members at St George’s took evasive action of that sort earlier this year and their wages were withheld.’ The union’s members are now considering bringing claims for breach of contract.

The union is also looking at a claim for race discrimination. ‘By maintaining a double standard over terms and conditions as between predominantly white in-house staff and majority BAME outsourced staff, they could be indirectly discriminating against BAME workers,’ Richard O’Keeffe adds.

Cetin left St George’s because of concern about his treatment and found a new job last month. ‘We weren’t treated equally, and they refused to treat us with dignity. It was about respect. I decided that I was better than that, and left the job in October 2020. Why should I be treated differently?’

He began working at the biomedical research centre the Francis Crick Institute in Kings Cross, London which is at the forefront of the UK’s scientific response to Covid-19. Again, he was employed through another outsourcing company Wilson James. Just a few weeks into the job, he has now been suspended and is facing dismissal because of his involvement with the strike action a St George’s.

Wilson James appears to have taken issue with his trade union’s characterisation of outsourcing as ‘antiquated and discriminatory’. In their suspension letter, they say that owing to his strike earlier in the year there was ‘a conflict of interest between your opinion and work with the union which lead to your protesting, and your employment with Wilson James.’ ‘I have done nothing wrong,’ says Cetin. ‘They are breaching my human rights and I will not stand for it.’

Security guard who led strike against outsourcing to take…
'We are not the dirt we clean': Migrant workers during the…
Serco: rewarding failure?
'Workers with a union to back them can move mountains'
‘Very productive talks’ between legal aid chiefs and union…