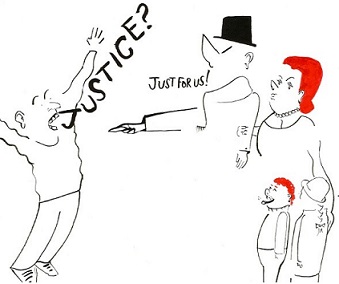 When the former director of public prosecutions Keir Starmer introduced new guidelines to the prosecution of sexual offences, he made much of an assertion that “the pendulum” had swung too far in favour of the accused.

As a result, the DPP introduced a new code which did not mean that every case would be prosecuted but raised a presumption that prosecution would generally be the norm with unsubstantiated allegations much more likely to be supported by the Crown.

There were those of us who warned against this (HERE) and the fact that the pendulum hadn’t swung too far at all – and that there remained a strong danger of false allegations being prosecuted and wrecking the lives of innocent men and women .

This week once again this has been brought home with the acquittal of William Roache of all the allegations he faced going back many decades and this followed quickly on the heels of the same result in the trial of Michael Le Vell.

With the prosecution in tatters, the CPS was left to issue a short rebuttal of any impropriety in their decision to prosecute – suggesting that the decision to charge was no different in this case to any other one.

That is, of course, a nonsense and whilst the ultimate test to prosecute must be the same for every individual, prosecuting celebrities bring its own careful considerations based often on the heightened profile a star such as Roache can have in the minds of the public. In such cases, it is incumbent on the Crown to be absolutely sure of the integrity of the allegations being made and it does this by testing them fully before charging.

This is exactly why the new guidelines from the former DPP do a disservice to the fair and robust investigation of these cases because in shifting the presumption too far in favour of those making allegations it leads to short cuts in the investigation.

We are already seeing criticism, for example, of Operation Pallial in the North Wales Care Home Investigations and its return to trawling and other actions (raised as serious concerns before the Home Affairs Select Committee in 2002). The same committee that described historical care home cases as a potential new genre of miscarriage.

And what of the Roache case?

From the reports that are available, it is already clear that some of the significant features that are evident in many of the cases in this area were repeated once again. So, for example, the report that one of the complainants had beeen warned of Roache by actor Johnny Briggs at a time when he was not even on the Coronation Street Show is very familiar territory. For example, in the case of one a historic care home case quashed during the last moral panic (Sheikh [2004]), a complainant made allegations when it was likely Anver Sheikh was not actually at the school and said the abuse happened following an incident with a school boy who couldn’t have been at the school at the same time. In Joynson, another care home case, a carer with an unblemished career of over 40 years was accused of an allegation when he could not have been present.

These are common features for all cases and serious questions have to be asked on what possible basis the Crown is still willing to proceed when allegations made are built upon such dodgy foundations.

There have been suggestions that this is a ‘celebrity witch hunt’. What we must not do is prejudice or prejudge any live or forthcoming cases – whether it was a witch hunt will only become clear in time once the current spate of prosecutions is concluded.

The evidence generally is that moral panic does lead to witch hunt. Back in the 1990s when the last moral panic centered on care homes, this led in turn to a massive explosion in prosecutions. The current moral panic has been instigated by a deceased celebrity and it should surprise none therefore that a whole host of celebrities have been targeted by those who push this agenda.

The problem with all of this is that we answer the issue of historical abuse by promulgating each panic and witch hunt by a traditional route: media overkill, prosecution and then miscarriage. There must come a time when we grasp hold of the issue and realise we need to break out of this vicious circle and that there is a bigger answer needed.

The time has come for a full and fair inquiry into how we handle historical allegations in a way which better identifies true allegations and genuine abusers. Cases like William Roache will demonstrate the dangers of not doing so and how those wrongly convicted can have their lives devastated.

To continue with the status quo is no longer an option. As William Roache said: “There are no winners.”

One response to “Moral panics and miscarriages”

Campaign launched for pre-charge anonymity for…
Digital data and the criminal justice system
'You get what you pay for': MPs question DPP on…
'It's not too late to save our justice system, but…
First-time child abuse viewers should avoid…