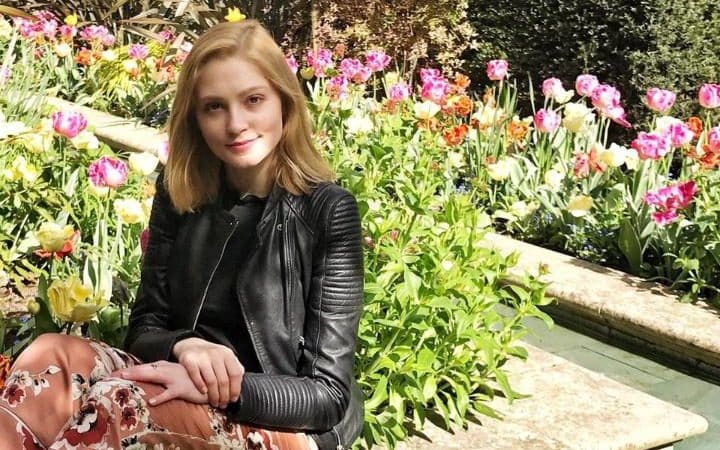 Do judges sentence people differently depending on their class? Or their wealth? They shouldn’t, and it’s hard to prove either way, because they don’t say: ‘I’m passing this sentence because you’re middle-class, or because you’re well-off.’

I have recently seen hints, however, in a couple of cases, which have made me wonder.

Lavinia Woodward is an aspiring surgeon at an Oxford college, who attacked her then-boyfriend with a bread knife and a glass in a drug-fuelled row. She is yet to be sentenced, but the presiding judge has made comments to indicate he is unlikely to send her to jail.

I am no apologist for prison sentences where other courses of action – rehabilitation, restorative justice – are appropriate. What is concerning is that the judge’s rationale seems to indicate that Ms Woodward’s standing in society lies behind his sentencing decisions: ‘If this was a one-off, a complete one-off, to prevent this extraordinary able young lady from not following her long-held desire to enter the profession she wishes to would be a sentence which would be too severe.’

I am comfortable with judges avoiding sentences which are ‘too severe’; it is the reference to this offender’s academic ability and intended career path which is troubling. One wonders whether a judge would have made these remarks – and taken the same attitude to sentencing – in respect of a nurse, a shop assistant, a care worker. Would they have referred to an offender from a different social class as a ‘young lady’?

There’s a 2015 English case involving a retired civil servant, guilty of possessing thousands of prohibited images, many falling into the most serious categories of children being abused. In mitigation, his defence counsel told the judge that his client ‘is likely to find prison a pretty difficult place’. The defendant escaped with a suspended sentence.

Then there’s the American case of Robert H. Richards IV, heir to the fortune of the du Pont family. In 2009, he was convicted of raping his three-year old daughter. He didn’t go to prison, however. He got a suspended sentence. Under the heading of ‘Mitigators’ on the sentence order, signed by the judge, is written: ‘Defendant will not fare well’ in prison.

The indecent-image addict and the child rapist who would not fare well in prison, and the violent drug addict who aspired to qualify as a surgeon from Oxford University: are these cases where judges have exhibited the belief, described by criminologist Michael Levi, ‘that white-collar criminals have a special sensitivity to imprisonment‘?

This notion is evident too in counsels’ mitigating remarks for former BBC radio presenters Tony and Julie Wadsworth, who were given custodial sentences earlier this month for indecent assault and encouraging children into sexual activity. Counsel for Mrs Wadsworth noted her ‘tragic fall from grace’, while counsel for Mr Wadsworth said the hardest thing for him about a prison sentence would be being separated from his wife: ‘His radio life and being with his wife was his life – all of that has come crashing down.’

The supposition is that the well-off, the middle-class, the aspirational, have more to lose than those whom judges might see as the ‘down-and-out’; that prison will have a graver effect on them. Writing for the Justice Gap, former deputy prison governor Rachel Rogers called out the tabloids for propagating this view in relation to the sentencing of politician Chris Huhne and economist Vicky Pryce. Both received custodial sentences for perverting the course of justice after the latter had claimed she had been driving their vehicle – and so accepted penalty points for speeding – whereas in fact the former, her then-husband, had been driving. Rogers writes:

‘Much speculation has centred on whether the experience of imprisonment is, as the tabloids would have us believe, more painful for middle-class people. […] I firmly believe that imprisonment is less frightening and less damaging for people such as Huhne and Pryce than it is for someone of lesser status, lesser means, lesser power.’

The irony of the argument, made in mitigation, that well-off offenders ‘will not fare well in prison’ is that being well-off may actually equip offenders to fare better in prison.

Alex Cavendish, an academic specialising in prison issues and a former prisoner, has written about the problems inmates face through running up debts with other prisoners, particularly experiencing a greater risk of sexual assault. Offenders who are well-off of course would be less likely to become mired in the world of prison debt.

Prisoners with little money are also less likely to have secure housing than the well-off. On release therefore, they experience a greater risk of homelessness and a swifter return to crime.

Cavendish told me about the lack of dignity which the very poorest prisoners experience and the lack of money which can contribute to the circumstances for a quick re-arrest after release. These people, he said, have ‘no real family support’ whilst in prison ‘and so just receive the £3.50 per week statutory minimum. They literally have nothing. They’re the ones you see rummaging through dustbins. When they are released, all they receive is the £46 statutory release grant.’ They tend to be ‘revolving door’ prisoners, says Cavendish, in and out of prison, often for prolific petty theft.

Levi cites authorities to indicate that this view amongst judges – this belief that white-collar offenders have a ‘special sensitivity’ to imprisonment – (whether consciously held or not) is mistaken. In any event, it is plain to see that it is unjust.

Flags – symbols – are provided by defence counsel in mitigation all the time: ‘will not fare well in prison’, ‘retired’, Oxford University, the professions. Flags which indicate class and means. Justice should be blind of course – but counsel clearly feel it is worth their while mentioning these points about their clients.

The Sentencing Guidelines (which govern the sentences judges may hand down and the factors they may take into consideration in sentencing) even make provision for these ‘flags’, most pointedly in the mitigating factor: previous good character. This is most noxiously invoked as mitigation for offenders who have secretly committed crimes over a long period of time – say sexual grooming – whilst fooling those around them into thinking they were decent members of society. The guideline’s note does state: ‘Where previous good character/exemplary conduct has been used to facilitate the offence, this mitigation should not normally be allowed and such conduct may constitute an aggravating factor.’ But it is difficult to define ‘facilitate the offence’. If one has had a lengthy career of covert offending but overt good deeds, one may still get credit for the good deeds if they did not directly ‘facilitate the offence’.

In many cases, this will simply be giving offenders credit for the quality of their ‘cover story’. They fooled everyone into believing they weren’t the sort of person to commit these crimes by being community leaders, religious leaders, school teachers, trustees; and they continue to enjoy credit for the strategies they have used to fool people even once they have been caught. Alex Renton, who has written about sexual abuse carried out by boarding school teachers over entire careers, described this phenomenon to me as the ‘vanity of the exculpatory act’. It serves the offenders well even as they are being charged and sentenced.

Counsel, then, raise these flags – flags given currency by the Sentencing Guidelines – in mitigation, with a view to persuading judges not to send their clients to prison. Crudely, the message is this: my client is a decent person like you and me, your Honour; we are not the sort of people who go to prison and neither are they. Levi makes the point, noting: ‘a form of unconscious social bias resulting from the greater identification of judges with the social world of the ‘respectable offender’— particularly professional persons like themselves— than that of the burglar or ‘organized criminal’ as commonly construed.’

Ex-High Court judge widow calls for 'anonymity until charge'
DNA 'breakthrough' in case of man who spent 17 years…
Justice system 'routinely failing thousands' of the…
Environment Bill: proposed amendment threatens…
Noises on and off: in the magistrates' court