On September 29, Wang Yam, a former MI6 informant, lost his appeal against conviction for the 2006 murder of Allan Chappelow. More than ten weeks after the initial hearing, the Court of Appeal, in the shape of the Lord Chief Justice, Lord Thomas, Mr Justice Sweeney and Mrs Justice May, finally announced that they had rejected the arguments that had been put forward by his defence team. This means that Wang Yam now faces another decade in prison. Duncan Campbell reports on another shabby day for British justice.

This is bad news for two reasons. Firstly, it was quite clear from the fresh evidence presented at the appeal hearing on July 18 that Wang Yam had not had a fair trial. Crucial evidence, which would almost certainly have led to his acquittal, had not been passed on by the police to his lawyers. And, secondly, it is very bad news because we now no longer greet with public dismay such a clear failure of the justice system. 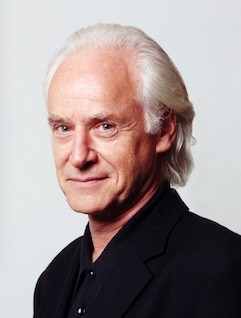 You can read Duncan Campbell and Richard Norton Taylor’s 2014 article (Murder in Hampstead: the author, the dissident and a trial held in secret) here

Duncan Campbell’s new book – We’ll all be murdered in our beds: The shocking history of crime reporting –  is published by Elliott & Thompson

To recap briefly: Wang Yam was jailed after a retrial for the murder of Chappelow, an eccentric author and photographer who lived in some chaos in a house in Hampstead. It was alleged in court that Yam, a former MI6 informant who was granted asylum in the UK in 1992 and assisted the intelligence services thereafter, had stolen the banking details and cards of Chappelow from the letter-box at the front of his garden and, having perhaps been accosted by him, had then beaten him to death in the house.

No DNA or fingerprint evidence found in the murdered man’s house identified Wang Yam although it was clear that others had been there recently; footprints, a sleeping-bag and cigarette butts that could not be linked either to the dead man or Yam were found. Yam was certainly responsible for using the stolen money but he always claimed that he took no part in any murder and had been part of a gang using the cards. In 2014, the Guardian ran a story – co-authored by myself and Richard Norton-Taylor – to this effect. This led to a new witness, Jonathan Bean, coming forward.

Bean was a very close neighbour of the dead man and he recalled that, not long after Chappelow’s death and when Yam was already in custody, he had confronted a man trying to break into his letter-box – exactly as had happened with the theft of Chappelow’s bank cards – and the intruder had then threatened him with a knife and warned him that he would kill his wife and child. Bean called the police, told them his story and left the house in fear. This information was never passed on to Yam’s defence team.

In his first trial, the press were not allowed to hear the defence case for ‘security reasons’. As a result, it received little coverage. What the real reasons for this were, we are not officially allowed to know but it seems most likely that embarrassment on the part of MI6 that they had worked with this somewhat unreliable character was probably the main one.

It is believed to be the first time the entire defence case in a criminal trial was heard behind closed doors. More and more of the evidence in both criminal cases, including terror trials, and civil cases are being held in secret to protect the security and intelligence agencies from embarrassment. Unfortunately, in these circumstances, most of the media are on their side.

Yam was rightly convicted of theft but the jury could not agree on the murder charge. The word in court at the time was that a majority – but not quite ten – of the jury already favoured acquittal. Just imagine if the jury had known that, while Yam was already behind bars, another person had engaged in letter-box theft in the very same street and had threatened to kill when discovered. At his retrial, again without this vital evidence, Yam was convicted on a 10-2 majority.

After the Guardian’s story and the emergence of the new witness, Yam’s lawyers referred the case to the Criminal Cases Review Commission (CCRC) who examined it at length. They only refer cases to the Court of Appeal that they believe have merit: of more than 21,000 cases submitted to the CCRC since its formation in 1997 only 626 have been sent to the Court of Appeal, of which around 70% have succeeded. They are sometimes criticised for their slowness and they suffer from a lack of resources but on this occasion the CCRC did an exemplary job.

The appeal court heard cogent and convincing evidence in July from Bean and also from a man called Peter Hall who claimed that he had met Chappelow regularly at the ‘spanking bench’ on Hampstead Heath and had seen him on occasions depart from there with young men, throwing up another possibility of how Chappelow might have met a violent death.

During the appeal hearing, Mr Justice Sweeney, whose background is in prosecution, asked no questions of the witnesses. One did not have to be a mind-reader to know what his decision would be. The Lord Chief Justice, whose last case this was before retirement, and Mrs Justice May did ask questions but in the end they rejected the defence’s claims that the new evidence would have made a difference.

An appalling vista
In their judgment, they suggested that ‘many actions of the person using, or attempting to use, the deceased’s identity can only be explained or understood if done by someone who knew of the death and with an interest in delaying discovery of it’. The judges added that the trial jury ‘clearly concluded that the web of activity undertaken by (Yam) in relation to deceased’s identity and accounts was so thoroughly interwoven with the murder itself that he, and only he, could have been responsible for the latter’.

Only he? How come? They said they could not find ‘any respect’ in which the new evidence from the new witnesses ‘could have disrupted or diluted the unique connection between the appellant (Yam) and the murder established by that web of evidence’.

This, with the greatest respect, is nonsense.

The jury in the original trial ‘clearly concluded’ nothing: they could not reach a verdict at all. And to suggest that the jury in the second trial ‘clearly concluded’ is to second-guess them since none of us have any idea what they might have decided if the new evidence had been available. At the very least, Wang Yam was entitled to a retrial, however expensive, inconvenient or embarrassing this might be. The intelligence services must have breathed a mighty sigh of relief when the decision was finally announced.

This is the third appeal against conviction I have covered recently.

The first two were dismissed with a barely suppressed yawn in a matter of minutes. This one, at least, was granted its day in court although the final decision carried an air of inevitability. The court of appeal seems to be sliding back into its old habits of the 1970s when to acknowledge a problem was, in Lord Denning’s famous words, to usher in an ‘appalling vista’ of lack of trust in the judicial system. Those were the days when the police, if they reckoned that they had made the right arrest, felt free to ignore that one niggling little bit of evidence that might point to a different outcome. But who cares these days? The Wang Yam appeal was barely reported.

By chance, a few days after the decision was announced I was due to interview Richard Ingrams about his new book, Ludo and the Power of the Book, at the Henley literary festival. The book explores Ludovic Kennedy’s great campaigning work on behalf of the wrongfully convicted, most famously Timothy Evans, about whom he wrote in Ten Rillington Place. Ingrams makes much of the fact in his book that there are few people engaged now in such work. He is right.

The two great campaigning series, the BBC’s Rough Justice and Channel 4’s Trial and Error, have both long been discontinued: too expensive and time-consuming in an age of reality TV. Inside Justice, which is attached to the prisoners’ newspaper, Inside Time, fights a lonely, cash-strapped battle in investigating such cases. Deep cuts in legal aid now make it harder for lawyers to explore potential lines of defence. Miscarriages of justice, one senior defence barrister told me in the wake of the Wang Yam case, are seen as ‘yesterday’s cause’.

The writer, Thomas Harding, by chance another former neighbour of Chappelow, has written a book on the case, Blood on the Page, which will undoubtedly shine more light – the power of the book – when it comes out in January. But the bottom line is that Wang Yam did not receive the fair and open trial to which he was entitled. A shabby day for British justice.

This article first appeared on October 1, 2017

Duncan used to be the crime correspondent at the Guardian and is the author of We’ll All Be Murdered in Our Beds! The Shocking History of Crime Reporting in Britain, published by Elliott and Thompson

Our print magazine is Proof. Contributors include Michael Mansfield QC, Bob Woffinden, David Rose, Eric Allison and Ian Cobain.
Buy Proof Magazine
The latest issue (Why legal aid matters) includes Helena Kennedy QC and Martha Spurrier in conversation, David Conn on the legacy of Hillsborough - plus how to build your own law centre.
Duncan used to be the crime correspondent at the Guardian and is the author of We’ll All Be Murdered in Our Beds! The Shocking History of Crime Reporting in Britain, published by Elliott and Thompson