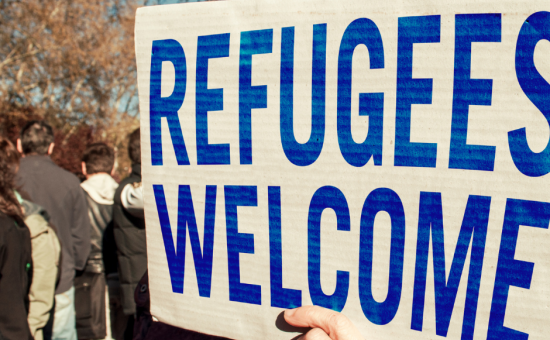 The government’s much trailed ‘new plan’ for immigration was ‘unimaginably cruel’ and ‘likely to criminalise and punish’ those seeking protection, according to campaigners who dismissed the proposals as ‘an anti-refugee bill’.

This week’s publication of the Nationality and Borders Bill was part of ‘the ongoing attack on refugee rights in the UK’, according to the Refugee Council The home secretary Priti Patel has previously vowed to tackle ‘illegal migration head-on’ in what she has claimed to be ‘the most significant overhaul of our asylum system in decades’. Patel has accused the present system of being ‘open to gaming by economic migrants and exploitation by criminals’ and argued that it was ‘eroding public trust and disadvantaging vulnerable people who need our help’.

According to the government, the asylum system is ‘broken’. ‘We stand by our moral and legal obligations to help innocent people fleeing cruelty from around the world. But the system must be a fair one,’ it says. It claims that UK asylum applications increased by 21% in 2019 on the previous year to almost 36,000 – the highest number since the 2015/16 European ‘migration crisis’. It criticises the appeals system as ‘too slow’. As of May 2020, 32% of asylum appeals lodged in 2019 and 9% of appeals lodged in 2018 did not have a known outcome. ‘Known illegal entry in 2020 was around 16,000 people, and the number of people with no right to be here being removed has been steadily declining for several years due to legal challenges. As a result, there are now over 10,000 Foreign National Offenders circulating on the streets, posing a risk to the public,’ it adds.

The Bill includes provisions for tougher criminal offences for those attempting to enter the UK illegally by raising the penalty for illegal entry from six months’ to four years’ as well as life sentences for people smugglers; as well as extra powers to search containers and to seize and divert vessels suspected of carrying illegal migrants. It also proposes enhanced powers to remove from the UK those with ‘no right to be here’ including ‘expedited processes (including in detention)’ to allow rapid removal; visa penalties for countries that do not cooperate; and a minimum notice period for migrants to ‘access justice prior to enforced removal’.

The Government has claimed its plans are ‘firm but fair’ and identified as key objectives the breaking up of smuggling gangs alongside increasing ‘safe and legal routes’ for refugees to reach the UK. ‘Unfortunately, nothing announced this week will do either of these things,’ says the Refugee Council. ‘Instead, the provisions in this anti-refugee bill are likely to criminalise and punish many people seeking protection in this country, while also reducing one of the main ways that refugees can legally reach the UK.

Beth Gardiner-Smith, chief executive of Safe Passage International, said that for the children and families who are seeking sanctuary in the UK having fled war and persecution, the Government’s plans were ‘unimaginably cruel’. ‘Instead of offering safe passage to the UK, this Government will criminalise and punish refugees with their Nationality and Borders Bill,’ she added.

You can read an analysis of the Bill on the Free Movement site here. Immigration barrister Colin Yeo writes much ofthe Bill is already law but ‘the bits that are new are likely to lead to a lot of uncertainty and litigation… good for lawyers but bad for refugees’ and there is ‘some genuine nastiness’ included.

‘These proposals will do nothing to prevent dangerous journeys across the channel and undermines our proud history of providing sanctuary to those who’ve fled persecution. The Government must urgently open safe routes to save lives, reunite refugee families and offer sanctuary to unaccompanied child refugees in Europe.’
Beth Gardiner-Smith, chief executive of Safe Passage International

The Refugee Council points out that refugees who do not arrive in the UK directly from a country of persecution – including, those who travel across Europe – will not enter the asylum system when they make a claim for protection. ‘Instead their claim will be treated as inadmissible while the Government tries to remove them from the country,’ the group says. ‘They will also be under threat of a four-year prison sentence for “entering illegally”. If removal isn’t possible within a particular period of time, then their asylum claim will be heard.’ Even when refugees are granted asylum under the new regime, it will be ‘temporary protection’ which will expose them to the risk of being removed country each time leave is renewed.

‘This cruel approach will not stop people arriving in the UK,’ the group added. ‘It will, however, cost more as people will be waiting in limbo for months before their claim is heard, or as they cruelly move through the court and prison system.’

The Refugee Council highlights the Government’s plans to house people seeking asylum in large-scale accommodation centres rather than in housing in the community despite the recent furore over the use of former military accommodation such as Napier Barracks.

‘In recent years, 5,000 refugees have been resettled to the UK each year – but for 2021-22 the total is likely to be closer to 3,000. The Government is now refusing to commit to a target for future years and nothing in the bill gives any detail on refugee resettlement,’ the group says.

Lawyers also highlighted concerns over limiting opportunities for independent review of the Home Office’s decision-making. ‘This Bill will tilt the board in the Home Office’s favour, often to the disadvantage of people it has an obligation to protect. The Home Office is engineering processes to get the desired result, rather than putting basic fairness first,’ says Joe Tomlinson, research director at Public Law Project.