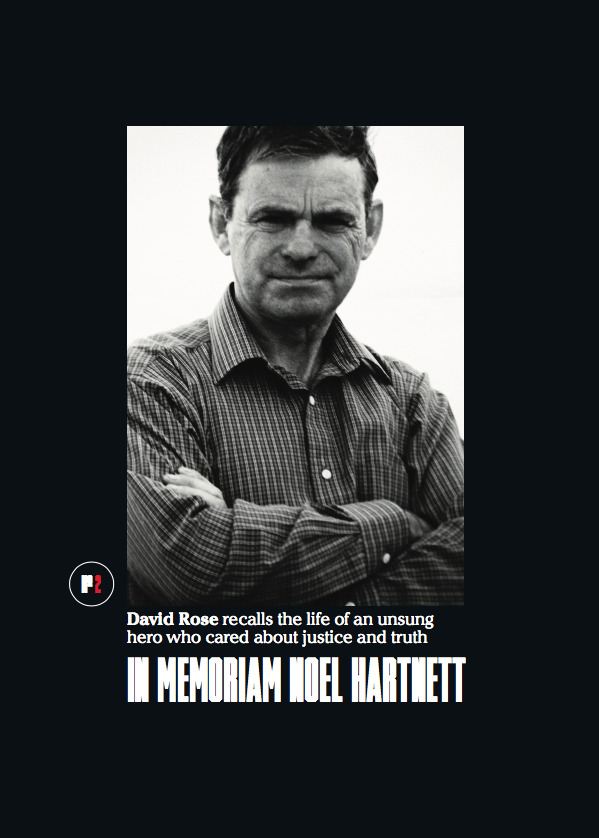 In April 2015 the Justice Gap published a moving tribute by David Rose in memory of Noel Hartnett  which featured in Proof magazine, issue 1 who had died the month previously. You can read it here. For several years Noel Hartnett had worked tirelessly to expose a raft of allegedly false allegations. These involved a large number of the 240 former residents who had joined a group legal action alleging historic abuse by several staff at St William’s School in Market Weighton in the East Riding of Yorkshire.

After years of legal argument and vast legal costs, culminating in a Supreme Court hearing to determine liability, the first eight claims were set down to be heard in the Leeds High Court before HHJ Mark Gosnell QC in November last year. Prior to the hearing, three of the claims were discontinued. Of the five remaining, four were dismissed and one was successful.

It was a stunning vindication of Noel Hartnett’s dogged determination to establish the truth.

You can read the judgments through the links: AB;CD; EF; and GH

Five years ago I became involved in Noel Hartnett’s work and undertook to research the alleged abuse of the public purse with particular reference to legal aid issues involving 53 of the claimants in this group litigation. Despite significant official stonewalling and the turning of a deaf ear by the relevant authorities, this work continues.

What follows is a personal reflection upon the High Court proceedings when this first tranche of claims went to trial. 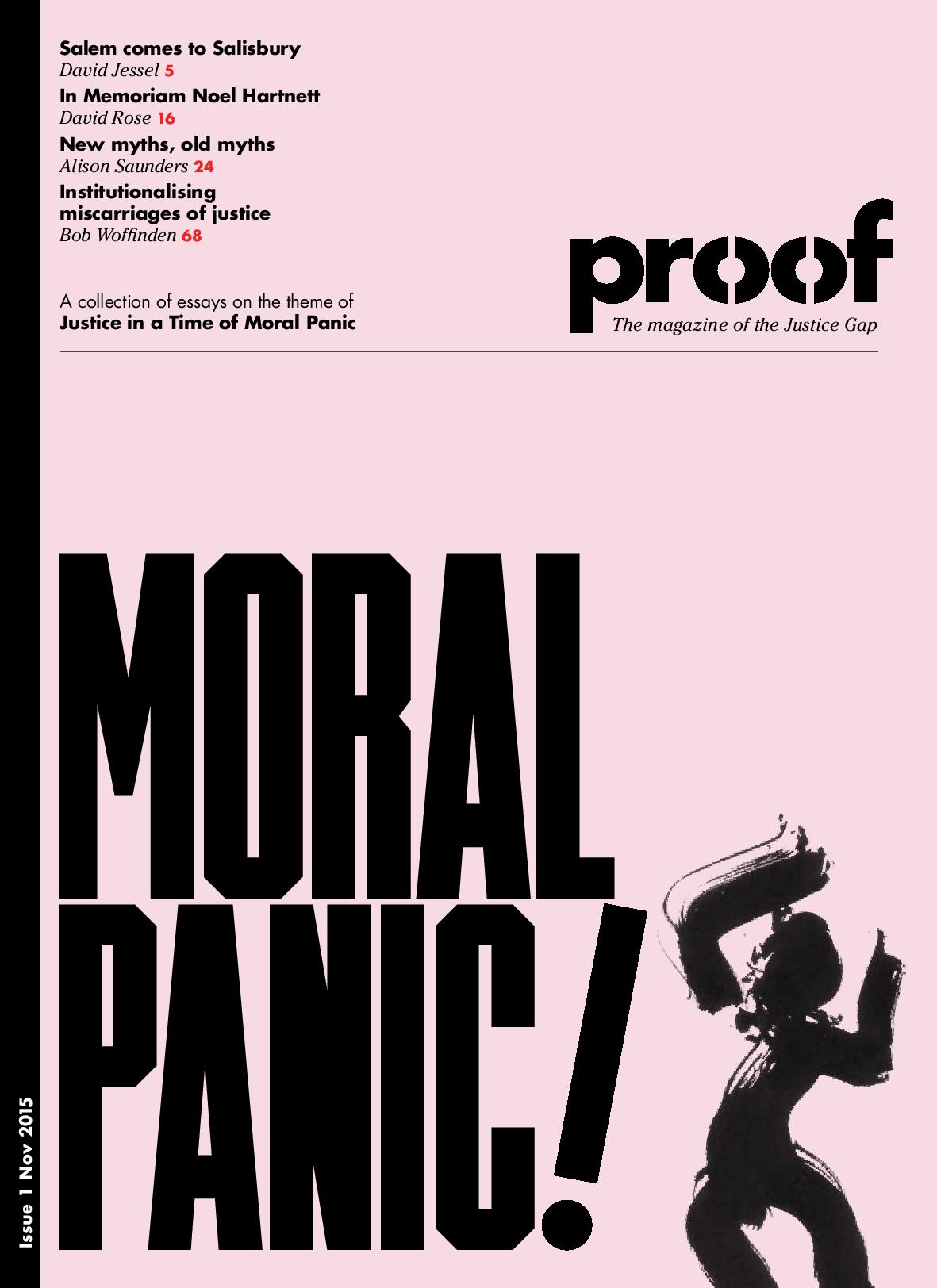 In the last couple of years Truth and Justice have declared their hand in both criminal and civil trials involving alleged historic sexual and physical abuse by named members of staff at St. William’s School, Market Weighton.

Observing both trials as a member of the public has left me with lingering personal doubts about the relative reliability and effectiveness of two very different approaches when dealing with the complexities of allegations of historic abuse.

In both, any member of the public is an irrelevant, unnoticed and unrecognised observer. The personal perceptions that follow are no more than that: who is anybody to cast doubts about Justice or delude themselves that they have a grasp of certain Truth? That said, an observation is an observation.

In both sets of proceedings the alleged victims were anonymised and their reliability analysed and assessed. But I gained an immediate personal perception that Truth and Justice worked together more effectively in the civil court . Justice repeatedly assured the public observer that it always acted properly and fairly. Generally it did, but very occasionally it appeared not to do so. In the criminal court  trial, when one of the accused exercised his right to remain silent and offer a response of ‘no comment’ in a police statement, Justice described this, dismissively, as ‘self-serving.’ The pejorative tone appeared to be for the jury’s benefit.

If the accused denied the allegation he was branded as ‘in denial’. As soon as he was convicted he was branded a ‘liar’. Neither Justice nor Truth was present on such occasions. Truth was not allowed to tell the jury in the criminal court about police misconduct in previous related investigations and the numerous failings and unfair practice that had been heavily criticised in a report of the Independent Police Complaints Commission (IPCC).

Justice seemed conspicuous by its absence at such moments.

Justice seemed to place more emphasis on the importance of missing evidence in the civil proceedings. The incompleteness of the jigsaw seemed to trouble it far less in the criminal trial. Paradoxically, Justice’s scrutiny of the evidence seemed more rigorous where the burden of proof was lower. Over time the differences between the two procedures remain as striking as they were troubling. It seemed that inconsistences in the evidence were frequently ‘nodded through’ by Justice unless they were demonstrated through contemporaneous records to be an abuse of Truth.

The burden of proof in the criminal trial was much greater, as also were the stakes in personal terms, but the scrutiny of the evidence appeared more thorough, technical and sophisticated in the civil proceedings. Justice’s mouth pieces showed a wide range of forensic acuity and dexterity in unraveling Truth. The degree of rigour in Justice’s interrogation of Truth was variable in the criminal trial and critically dependent on the skill and quality of the accuseds’ legal representation.

The mood was less emotional in the civil proceedings as the focus was upon liability rather than guilt. An individual’s fate did not hang in the balance. Occasionally the atmosphere was tense and the mood more adversarial in the criminal trial. Lives and reputations were on the line in the criminal trial; liability and compensation were the focus in the civil forum. In the civil trial the tone and pace rarely varied, there were fewer critical moments. Its focus was rooted in evidential fact, in the best sense of the word, rather than in persuasive or provocative rhetoric. There was much greater reliance on received legal authorities to guide Justice and Truth to their final destination.

Both the criminal and civil trials involved a series of allegations. Their number was far greater in the criminal proceedings. In both sets of proceedings, Justice affirmed that it would judge each allegation on its particular merits. It inevitably found this harder to sustain in practice in the criminal trial. A judge, by training and experience is disciplined to compartmentalise matters. A jury has no such training. With the best will in the world the volume and repetition of the indictments may divert it from dispassionate, logical Truth.

Occasionally in the criminal trial damaging evidence that relied on inference and insinuation seemed to be admitted. Not in this case a matter of ‘ the horse before the cart’, rather two and two makes five. As a result of its accumulation, Justice ran the risk of laying a trail of half-truths within the narrative of the criminal trial. In the civil trial the cogency of witness evidence was tested more thoroughly. ‘Cogent’ was a word rarely if ever heard in the criminal proceedings. In both trials lies were told. On such occasions it felt that Justice had fallen out with Truth.

Liability itself was vicarious in the civil proceedings and therefore at times issues seemed at one remove from the ALLEGED abuse itself. Consequently the tone was less impassioned. The ethos was less theatrical in civil proceedings although wigs, gowns and bundles abounded. Expert witnesses and technical issues were remarkably absent from the criminal trial. They were a significant component of the civil trial. It appeared that Justice was less keen in the criminal trial to grapple with complex and technical issues such as memory, incremental disclosure and explanations for inconsistency. Justice appeared to give a higher priority to keeping things simple for the jury and avoiding getting embroiled in the academic research and findings of experts.

The most critical difference was that in the criminal trial Justice relied on the verdict of a jury. The jury was charged to be ‘sure’ of guilt but, wishing to avoid complexity, Justice did not expect them to have an expert understanding of critical issues such as incremental disclosure and how memory works. Justice had a blind faith in the jury’s ability and commitment to follow a methodical, dispassionate examination of the evidence presented, and nothing else. Despite every judicial warning, the absence of preconceived attitudes and opinions could not be guaranteed. Nor [can] COULD the drip drip shaping of attitudes by the media on issues of historic abuse be obliterated, no matter how deep in the subconscious. Particularly in cases of historic abuse Justice cannot guarantee that a jury’s starting point is A PRESUMPTION OF innocence and that they see their task as one to determine solely on the evidence that they are ‘sure’ the accusations are firmly sitting at least on the top doorstep of the citadel of Truth. Justice has such faith in the jury that it does not enter the jury room to confirm its total confidence and never knows what went on inside it or how it reached a sure expression of Truth.

The final curtain in both proceedings was very different. In the civil forum Justice explained at length, cogently and with pellucid clarity how it has reached its judgment. Justice let the public observer look carefully and learn how conclusions were reached. Each milestone in the argument was clearly marked. Hence there were no surprises. The logic was solid. Members of the public understood the outcome, even if they might not always have agreed with it. To that extent Justice and Truth could indeed shake hands. In the criminal forum the verdict was less predictable and was not explained. A member of the public might not be sure that Truth and Justice were in full agreement. As HJJ Gosnell QC noted in the civil judgment ‘accusations of sexual abuse are easy to make and difficult to deny’. Given their complexity, inconsistencies, contradictions as also the media hype in post-Savile Britain and the resultant public prejudgements and prejudices, it may be that Truth and Justice are more likely to work more effectively together when handled by a judge in civil proceedings.

More than 4,000 allegations of historical abuse have led to…
Police ‘shut down’ Janner investigation without pursuing all…
Lavinia Nourse: 'I desperately want the law to be changed'
Why pre-charge anonymity is fair
The media only wanted me when they thought I was guilty