Tony Stock: ‘a massive blot on the judicial landscape’

Tony Stock: ‘a massive blot on the judicial landscape’ 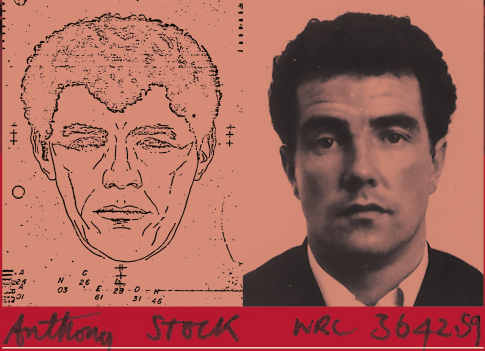 The importance of this relatively unknown case for the public is that it should be recognised and heeded for what it is: not just a massive blot on the judicial landscape but a blot which has haemorrhaged to become the landscape itself.

The story of Tony Stock should be mandatory reading for everyone, not merely those involved with the law, whether they be students, practising lawyers, teachers, and judges. It concerns the quality of our criminal justice system and its serious reluctance and unwillingness to root out injustice.

Tony’s story cannot be read in isolation because there are forces outside the system that have been steadily eroding the basic principles despite the notorious miscarriage cases of the 1980s. Successive governments have been removing basic protections – the right to silence, evidential provisions relating to corroboration, hearsay, and previous convictions, placing a premium on pleading guilty and most fundamentally determined attempts to curtail the right to jury trial itself.

These initiatives have been reinforced by regular political attacks on the system. Infamously, the most vitriolic came from Tony Blair under the guise of ‘rebalancing the criminal justice system’ in 2006 when he attributed the demise of the social fabric of our society to the system. More recently it has taken the form of assault on human rights legislation and the European Court of Human Rights.

The Tories are now openly floating the idea of withdrawal from the Convention despite their apparent support for it in the Coalition Agreement after the last election. Those in the vanguard of this govement are surprisingly the very guardians of the system, the home and justice secretaries.

But the final straw has been the cuts to public funding and especially to legal aid, a process started by a Labour government and relished by the Coalition. They have hit the most vulnerable in our community and some areas of need are excluded altogether. As a result there is an increased the risk of injustice. Thorough preparation research and dedicated representation are dwindling fast as corners are cut to suit impossible budgets.

As ever it’s one law for the rich and another for the poor.

Tony Stock’s story, told so vividly and compellingly by Jon Robins, is one that has a particular resonance for me. The whole case from 1970 to Tony’s death in 2012, covers most of my working lifetime at the Bar. ‘I would have been the first of the miscarriages of justice,’ Tony Stock has said in the quote from which the book takes its name. Tony then mentions a run of appeals (the Birmingham Six, the Bridgewater Four and the Cardiff Three) in which I appeared. Many other similar appeals in which I was involved are cited by Jon Robins in the course of the book and, of course, I represented Tony himself during his battles in the Court of Appeal.

The case against Tony Stock was paper thin as is made clarion clear in this book. But whatever there was at the start was reduced to rubble over the course of four appeals.

The Court of Appeal steadfastly took a narrow interpretation of their powers and failed to adopt a holistic approach. They used each previous judgement of the court against Tony Stock as requiring ever more justification for a different outcome. What one commentator has termed the ‘atomistic’ approach.

I have argued long and hard for an entirely different position. In a 2001 appeal (Pendleton Lord Bingham in the House of Lords summarised my argument succinctly: ‘The Court of Appeal is a court of review not a court of trial. It may not usurp the role of the jury’. His lordship made some extremely important observations when allowing the appeal.

In particular, Lord Bingham acknowledged that the court was not a primary decision maker on the facts and that it only had an imperfect and incomplete grasp of the rest of the evidence beyond the fresh material being presented. Whilst the statutory framework enabled the court to decide appeals on the basis of what ‘they think’, it would ‘usually be wise for the Court of Appeal in a case of any difficulty to test their own provisional view by asking whether the evidence if given at the trial might reasonably have affected the decision of the trial jury to convict. If it might, the conviction must be thought to be unsafe.’

I have always described this as the ‘might’ test. It is firmly based on the jurisprudence set out by Lord Devlin in his lecture in 1979 entitled Sapping and Undermining.

In Tony Stock’s case there can be little doubt that all the factors outlined above taken cumulatively might have affected the decision of the jury to convict and therefore the conviction should have been quashed.

Some believe that the case of Tony Stock represents a backlash against the ratio in Pendleton. However it came about, there is a very different legal environment now to the era of the infamous miscarriage of justice cases. In other ways, it is as though the clock has been turned back.

I trust that if the CCRC manage to secure a referral back to the Court of Appeal that justice can finally be done and be seen to be done.

Called to the Bar in 1967, Michael Mansfield QC established Tooks Court Chambers in 1984 and took silk in 1989. He has written extensively in all major broadsheets and law journals and he has appeared in several documentaries. He is the president of Amicus, Haldane Society of Socialist Lawyers and National Civil Rights Movement. He fully supports the work of the Fitted-In Project

Our print magazine is Proof. Contributors include Michael Mansfield QC, Bob Woffinden, David Rose, Eric Allison and Ian Cobain.
Buy Proof Magazine
The latest issue (Why legal aid matters) includes Helena Kennedy QC and Martha Spurrier in conversation, David Conn on the legacy of Hillsborough - plus how to build your own law centre.
Called to the Bar in 1967, Michael Mansfield QC established Tooks Court Chambers in 1984 and took silk in 1989. He has written extensively in all major broadsheets and law journals and he has appeared in several documentaries. He is the president of Amicus, Haldane Society of Socialist Lawyers and National Civil Rights Movement. He fully supports the work of the Fitted-In Project