‘Whenever an innocent prisoner had exhausted all avenues of appeal he could still turn to Tom, who would always listen – even when no one else would.’ So said Peter Hill, the journalist who started BBC’s Rough Justice series, about Tom Sargant. It is reckoned that there were some 25 prisoners who were freed as a direct result of the tireless campaigning of the former secretary of JUSTICE. As Peter Hill memorably put it, in his 1988 obituary, Tom Sargant had become ‘Britain’s court of last resort’.

Sadly, Tony Stock was not one of the 25 prisoners, but not through any lack of effort on the part of Tom Sargant. Stock was sentenced to 10 years in 1970 for his part in a violent armed robbery in Leeds. Stock told anyone who would listen that he was innocent. He spent most of the next six years in HMP Gartree where there were rooftop protests and a traumatic 93-day hunger strike.

That letter was the first step in an epic campaign. Tom Sargant, the former secretary of JUSTICE, was Tony Stock’s first supporter. Stock was to spend 43 years fighting to clear his name until he died in 2012. The case was to go before the Court of Appeal on four separate occasions and once to the European Court of Human Rights. It was until very recently the only case referred twice by the Criminal Cases review Commission to the Court of Appeal.

In that first letter to Sargant, Stock railed against the two police officers he believed had fitted him up. At the heart of the case against Stock was a highly controversial and unorthodox identification. Whilst there were plenty of witnesses to the robbery which had taken place in front of a queue of cinema-goers, only one person could provide a description of any of the gang members. It was a dark and wet night. 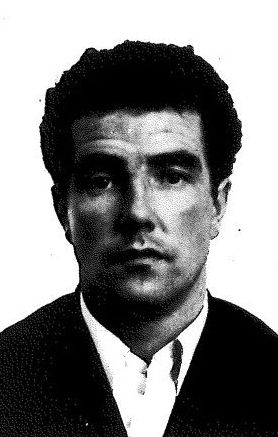 Tony Stock claimed at be at home celebrating his 30th birthday with his family at the time of the robbery. He refused to stand on an identification parade. So the police took the witness to Stock’s home, 71 miles from Leeds up the A1 to Stockton, near Middlesborough. The witness stood to one side as there was a scuffle between an angry Stock and the police. The prosecution case mainly comprised that doorstep identification plus a series of apparently self-incriminating statements alleged to have been made by Stock to the officers.

‘If you look at the verbal you will see how utterly stupid it is,’ Stock wrote to Sargant. When Stock was alone with one of the officers in the cells he was supposed to have been asked what he had done with the proceeds. He was alleged to have replied: ‘The wife will get my share.’ ‘I am supposed to have said this after six hours of protesting my innocence? I swear to you, sir, that I never made any of these replies,’ wrote Stock. ‘I have tried to state my side as fairly as possible. I hope I have conveyed myself clearly.’

Tom Sargant wrote to Stock’s solicitor and asked if his account of events was true. The solicitor, a veteran defence lawyer, wrote back saying, yes, and that it was ‘perhaps the first case… where I have felt that a man has been “framed”’. Not only that, the lawyer also informed Sargant that the trial had been a complete fiasco. It is hard to imagine the impact that Tom Sargant’s faith in Tony Stock must have had on that 30 year old in prison.

Tom Sargant was an unusual but inspired choice as JUSTICE’s first secretary. Not only was he not a lawyer – he spent his working life until the age of 50 years in industry in the family business – he was unimpressed with what he regarded as the profession’s ‘exaggerated reverence for the system’ and openly sceptical as to the competency of its practitioners.

Sargant wrote about a formative experience dealing with a prisoner known only as ‘Blackman’ who had split up from his wife and asked an elderly aunt for money to emigrate. Her son decided Blackman was trying to blackmail her. He was found guilty of demanding money with menaces and sentenced to four years.

Blackman wrote to Sargant listing ‘a catalogue of woes’: his counsel had been hopeless, the only prosecution witness was his aunt (who agreed that he was not threatening her), and the judge appeared to be in a foul mood.

Tom Sargant raised Blackman’s concerns with the registrar of the court of criminal appeal. But left his office ‘feeling like a schoolboy who had just been received a wigging from the headmaster’.

Sargant was not someone to give up so readily. He took Blackman’s letter directly to the barrister who, after a moment’s hesitation, conceded things had gone badly wrong. The barrister reported that the judge was ‘fuming’ because another judge had been given better lodgings. ‘I had an “upper and a downer” with him,’ the barrister admitted.

This experience had a profound effect upon Sargant.

‘From that time onwards, I have never disbelieved any prisoner’s story however horrendous until I have checked it and found some good reason to doubt it.’
Tom Sargant

In 1979 Tony Stock’s world fell apart a second time. A reporter from the Yorkshire Post knocked on his door and asked him if he was aware that someone had just confessed to the Leeds robbery. No, he didn’t.

A major police operation investigation called Operation Ohio had finally caught up with the Thursday gang, a collection of East End armed robbers who had been in operation since the late 1960s. One of their number, Samuel Benefield turned supergrass. He went on to testify in the cases of 10 defendants in connection with 50 offences of robbery. He had 41 other offences taken into consideration including the Leeds job.

It seemed as if the Samuel Benefield confession had finally exposed the Stock case to have been the outrageous miscarriage of justice that Tom Sargant had long argued that it was.

Unfortunately, the home secretary, Willie Whitelaw didn’t agree. Tom Sargant did little to disguise his contempt for the refusal to pardon Tony Stock, after all the evidence of the supergrass had been deemed to be so credible to put an entire gang of villains behind bars for as long as 20 years each. In one blistering exchange with Whitelaw, he describes the politician’s arguments as ‘even more unsatisfactory and Machiavellian’ than previous exchanges.

In 1981, Tom Sargant interviewed the supergrass himself in JUSTICE’s chancery Lane office. ‘The man was innocent,’ the gangster told him. ‘I would like to put the record straight. I’ve already admitted to about 50 robberies. This was one of them. I’m quite prepared to go to court to help in any way I can.’

JUSTICE released Tom Sargant’s correspondence on the case following the request of Tony Stock’s MP in the mid-1990s. These comprised a series of buff bulging files including countless letters to Stock in prison, correspondence berating a series of home office officials and ministers, as well as letters to sympathetic journalists who covered the case. The file reveals Sargant’s kindness and compassion as he corresponds with Stock’s brokenhearted mother. Tom Sargant did everything he could to dissuade Stock from embarking on a hunger strike which would not only wreck his health but that of his mother.

When Willie Whitelaw decided not to grant a pardon, Tony Stock was again devastated. He decided to take his young family to South Africa leaving behind a failed business and a trail of debts. It was Tom Sargant who picked up the campaign in Stock’s absence. He persuaded his solicitor to release his papers – despite his reluctance (Stock owed him money). ‘I do feel that when there has been, as it were, a double miscarriage of justice, financial considerations should not prevail,’ Sargant wrote to the lawyer.

It would take 17 years between the Samuel Benefield’s confession and the case going back to the Court of Appeal in 1996. And when it did, Lord Justice Judge rejected the evidence of Samuel Benefield. He thought that supergrass’s own account of his gang’s return journey was ‘outside any possible contemplation’ and so utterly illogical as to undermine his credibility.

The Criminal Cases Review Commission, which came into being the year after the 1996 appeal, used its brand new statutory powers to compel disclosure of a 1979 report by the West Yorkshire Police conducted after the Benefield revelations into the perjury of the two police officers. The main investigating officer left the force in disgrace even before Tony Stock left prison.

This was a report that Willie Whitelaw had cited when he refused Stock his pardon and which Tom Sargant had tried to get hold of. Ahead of the 1996 appeal, the Crown Prosecution Service cited public interest immunity and refused to disclose it to Tony Stock’s legal team. They went to the Court of Appeal only to be told that its contents were ‘either not relevant or not worth fighting for’.

That report accepted the truth of testimony of Benefield, who was interviewed three times, and found that it ‘inevitably cast doubt’ on the safety of the conviction. The report had no problem with Benefield’s account of the gang’s exit route.

I am not going to rehearse the sorry facts of the Tony Stock case in this article (there were two more failed appeals in 2004 and 2008). Tony Stock died in November 2012 but the fight to clear his name continues. A new application to the Criminal Cases Review Commission is being prepared on behalf of the family.

Tom Sargant did so much to challenge the complacency on the part of the public as to the infallibility of the legal system and he powerfully made the case for an independent body to investigate cases of wrongful convictions.

Sadly, there is little in the second half of the story of Tony Stock that would reassure Tom Sargant that things had improved.

Tom Sargant gave a brilliant and uncompromising farewell interview to the Observer in 1982. ‘I have had absolute cooperation from judges and lawyers. Many of whom are my friends,’ he said. ‘Although some of them hate my guts, and think I’m a damn nuisance. They don’t believe juries make mistakes. I take a more jaundiced view. I take all the casualties.’

The first miscarriage of justice: the amazing and unreported case of Tony Stock by Jon Robins is published next week by the Waterside Press

One response to “Tom Sargant: ‘Britain’s court of last resort’”