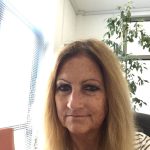 A legal challenge has been launched against the government in an attempt to force it to acknowledge the security company G4S as ‘high risk’ in the wake of a number of catastrophic failings.

These failings, many of which were highlighted in Panorama’s documentary last year, Undercover: Britain’s Immigration Secrets, included the maltreatment of detainees by staff, a widespread culture of disrespect and the falsification of incident reports in order to cover up their conduct (here). Panorama’s revelations about Brook House IRC are the latest in a long line of allegations involving G4S in the running of custodial facilities, including the very similar allegations made against staff at Medway Secure Training Centre in January 2016. Freedom of information requests have revealed that between April 2016 and April 2017 G4S was required to pay more than £2 million in penalties for over 150 failures under contracts with the Ministry of Justice.

These failings can now be seen as systemic, not just one-off incidents; however, there appears to be no recognition of this at government level. Indeed, despite the Panorama revelations, the government seems poised to award G4S a renewed contract to run Brook House IRC. G4S currently benefits from a number of multi-million pound contracts with the government, operating two immigration detention centres, five prisons and one secure training centre which qualifies them as a ‘strategic supplier’ to the government.

Under government policy, a ‘strategic supplier’ can be designated ‘high risk’ if there is evidence of repeated concerns regarding underperformance and mismanagement in the delivery of the services it is contracted to provide.  However, the Cabinet Office refuses to confirm if G4S has been designated as ‘high risk’ in line with that policy. A ‘high risk’ designation would mean that G4S’s existing contracts with the government would be subject to closer monitoring and review and make it harder for the government to award G4S contracts in the future.

Time and time again G4S’s conduct in its management of government contracts has been found wanting.  There is strong evidence of serious maltreatment of detainees by staff at Brook House IRC and yet there appears to be no acknowledgement of this by the government.

That people are subjected to immigration detention at all is abhorrent. That they are subjected to physical and verbal abuse while incarcerated is utterly unacceptable.  It is time the government stopped rewarding a company with a record of failure and mistreatment with new contracts, and no increased scrutiny on their questionable practices.

The law firm Leigh Day is acting on behalf of Bail for Immigration Detainees (BID). They are applying to the court for a protective costs order to limit the costs it may incur. If you can help BID ensure that G4S is held accountable for its failings and to stop it trading on people’s misery, then please donate here.

This article was first published on February 16, 2018

Celia is director of BID (Bail for Immigration Detainees). BID is an independent charity that exists to challenge immigration detention in the UK and provides help to migrants detained in removal centres and prisons

Our print magazine is Proof. Contributors include Michael Mansfield QC, Bob Woffinden, David Rose, Eric Allison and Ian Cobain.
Buy Proof Magazine
The latest issue (Why legal aid matters) includes Helena Kennedy QC and Martha Spurrier in conversation, David Conn on the legacy of Hillsborough - plus how to build your own law centre.
Celia is director of BID (Bail for Immigration Detainees). BID is an independent charity that exists to challenge immigration detention in the UK and provides help to migrants detained in removal centres and prisons