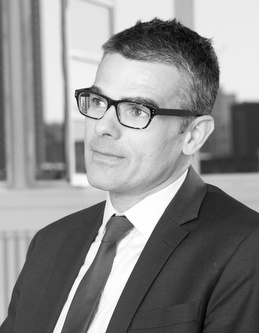 The Operation Midland scandal, in which the Metropolitan police took too seriously the allegations of the fantasist Carl Beech, is likely to have opened many people’s eyes to the problems false allegations of criminality can cause. Beech’s victims saw their reputations trashed as the police publicly investigated false allegations.

The scandal’s media coverage, and these individuals’ high professional standing, means they are now unlikely to experience any lasting  damage to their reputation following their long ordeals. However, the same cannot be said of other, less high profile victims of false allegations, or allegations that have not resulted in a charge or conviction.

There exists a real problem whereby the subjects of allegations of criminality are discovering the potential for serious damage to their professional lives caused by disclosures on enhanced criminal record certificates that should never be made.

The Disclosure and Barring Service (DBS) came in to being in 2012. In accordance with its powers under the 1997 Police Act, the DBS will issue a criminal record certificate to any person who applies in accordance with the legislation. Where an individual is employed (or seeks work) in a particular sector (usually in the child or vulnerable adult workforce), an enhanced criminal record certificate is required (ECRC). Even where an individual has no previous criminal history, an ECRC may include non-conviction information in the possession of the police that i) might be relevant to the position in question; and ii) ought to be disclosed. This information could include an acquittal, an arrest which resulted in no further action or even an allegation which did not lead to an arrest but to a warning or no police action at all.

Crucially, the system relies on the police to accurately determine whether the information in their possession is relevant, in accordance with a wide discretion under the act.

In practice, police forces will often interpret their duties under the legislation in favour of disclosure, in an approach which commonly seeks to include non-conviction information on an ECRC in circumstances where the concept of relevance is construed widely and the potential impact on the individual not weighed up properly or at all.  Although an individual may be given the opportunity to make representations against disclosure in such circumstances (before the ECRC is issued), the degree to which this may be successfully pursued remains unclear. Equally, where an issued ECRC contains non-conviction information, there may also lie an opportunity to challenge the disclosure.

Not only are police forces bound to follow the Home Office’s Statutory Disclosure Guidance but they must also adhere to a quality assurance framework (QAF) approved by both the DBS and ACPO (Association of Chief Police Officers – now the National Police Chiefs Council). The QAF is the decision-making tool used by the police when considering whether to disclose non-conviction information on an ECRC and sets out clear requirements – when assessing relevance – to consider both the gravity and reliability of the information in question as well as the time that has elapsed since the event(s) in question.

In circumstances where police forces may lean more towards disclosure in cases which are finely balanced, it is particularly important to consider the detail within QAF and, where possible, to identify a basis on which the decision to disclose may be open to challenge. Whilst this is entirely fact-specific it is important to bear in mind that the police may be relying on incomplete, out of date material or, alternatively, may not fully appreciate the nuances of the particular employment role or the degree of supervision in the workplace. This may enable those affected to challenge the content (or proposed content) of an ECRC where such disclosure could result in either the end of a career or an inability to enter a chosen profession.

There may be many instances where the DBS disclosure regime in relation to non-conviction information is  misinterpreted by police forces seeking to err on the side of caution in determining how to apply the wide discretion available to them. Where this unfairly affects individuals denied the right to continue or to commence a career, the effects can be devastating. By carefully considering the applicable legal framework in relation to such issues, individuals may be able to prevent the disclosure of damaging allegations where they are neither relevant nor proportionate to disclose.

Stefano is a partner at Hickman and Rose Solicitors. He specialises in civil actions against the police and has advised on many successful challenges of police cautions as well as disclosures made on enhanced criminal record certificates. Stefano also advises on police complaints and challenges to IPCC decisions

Our print magazine is Proof. Contributors include Michael Mansfield QC, Bob Woffinden, David Rose, Eric Allison and Ian Cobain.
Buy Proof Magazine
The latest issue (Why legal aid matters) includes Helena Kennedy QC and Martha Spurrier in conversation, David Conn on the legacy of Hillsborough - plus how to build your own law centre.
Stefano is a partner at Hickman and Rose Solicitors. He specialises in civil actions against the police and has advised on many successful challenges of police cautions as well as disclosures made on enhanced criminal record certificates. Stefano also advises on police complaints and challenges to IPCC decisions